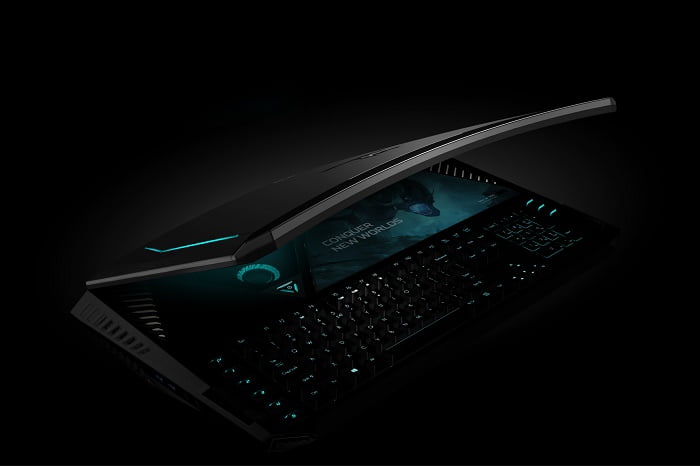 Today’s article is for all of my gamers out there. We have some pretty awesome hardware to show you, and it is mobile gaming hardware. I am talking about laptops people! Gaming laptops! We will start off by reviewing the specs of the ASUS ROG G752VY-DH78K, then we will move on to the Acer Predator 21 X GX21-71-76ZF, and the Lenovo ThinkPad P50 Mobile Workstation Laptop. Are you ready to get some sick headshots on Counterstrike: Global Offensive, or are you wanting to use your think tank to destroy the Legion in World of Warcraft? Either way, let’s get down to business and see which one of these bad boys is best priced for your gaming needs, and how good the hardware actually is in these mean machines.

The first monster machine we have comes with a pleasantly wide 17.3 inch display that hosts a 1920 by 1080 resolution. Not only does the ROG come with this great display, but you won’t have to worry about a crappy in game graphics that are choppy because it also comes with sixty four gigabytes of DDR4 memory supplemented by an Nvidia Geforce GTX 980M. If you are looking for a machine to also use virtual reality technology, well this can help get the job done too! It also comes with eight gigabytes of VR ram and G-sync technology. This sweet machine also comes with a pretty nifty backlit anti ghosting keyboard along with a very efficient thermal design that will keep dust and other debris out of the internal components. The way this design does this is by using a dust release tunnel. That is something we don’t hear much about in desktop computers. Great thinking by the engineers over at ASUS! 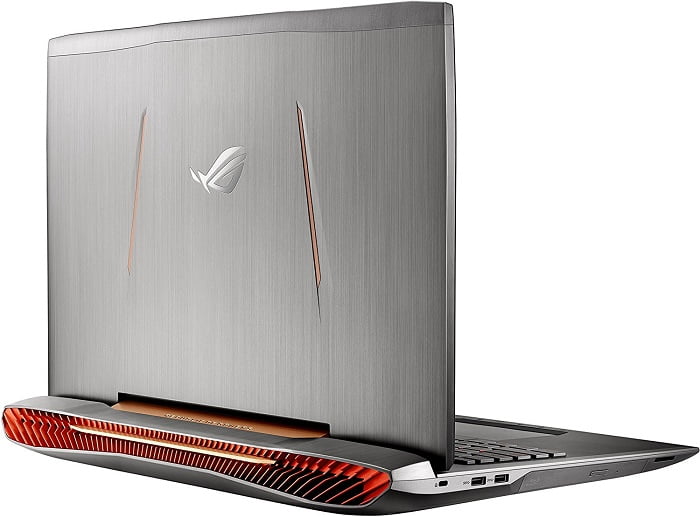 I would also like to suggest that this laptop also comes with a pretty sick camera for all of those live streaming session via twitch or Facebook. The camera is actually an HD 720p webcam that has noise cancelling microphones. It used to be you couldn’t get a microphone like this unless you went out and bought yourself a very expensive headset, or handheld; but, ASUS has added in their camera. These features are making my mouth water just thinking about them! The laptop also comes with Windows 10-64 bit version preinstalled and four USB 3.0 ports. The extra ports will come in handy in case your keyboard or extra gaming gear needs somewhere to connect other than the default connections located on the back of this device. I also forgot to add that the display is anti glare, but it isn’t a touch display, so that means fingers off folks!

Furthermore, if you are concerned about your privacy and about others trying to guess your password to log into your machine, then worry no more because the ROG comes with a fingerprint reader! Sorry brute force hackers, no guessing passwords here, because you need the administrators fingerprint or else you don’t get to access the operating system. The hard drive on this sucker can hold one terabyte plus two hundred and fifty megabytes, which is more than enough space to install all the games, movies, and music your heart desires. This is definitely a monster of a machine, but it comes with one small catch. Yes, I am talking price here guys. The price to own this beauty is about $1,500 dollars, and that is directly from Amazon.

The second machine we are going to review is the Acer Predator, and this piece of metal is going to really make your heads turn! I want to clarify one thing up first before we get started on the glorious details. This machine comes with a nine thousand dollar price tag. That is right, $8,999.99 is what it is going to cost you to own this lavish laptop. Everyone get prepared to go broke real fast after you buy this thing; but, for true gaming enthusiasts this is definitely the way to go. That is of course, you don’t go broke trying to purchase it. Oh well, you might have to live in moms basement for a few more years while paying it off, but you will decimate your enemies doing it! The Predator comes with a one terabyte hard drive and a one terabyte solid state drive. That is a ton of space. The graphics card that comes with the Predator is the Nvidia Geforce GTX 1080 SLI and it has sixteen gigabytes of dedicated memory, and of course it has sixty four gigabytes of DDR4 SDRAM…. which is light years ahead of our normal everyday beast mode laptops.

Moreover, this laptop also has a nifty little camera for those of you who stream out there too. The camera in this baby is quite different from the laptop we previously reviewed however. This camera is actually a Tobii eye tracking camera. It is definitely high tech. You can also expect Windows 10 to be preloaded on this laptop as well and a 21” display that can have resolution up to 2560 by 1080, or 21:9 IPS. But what kind of processor does it have? It actually has an Intel i7-7820HK processor Quad-core that runs at a speed of about three gigahertz. Very fast, extremely sleek, and over the top cutting edge power at your fingertips. Literally. When you purchase this laptop it also comes with a thirty day trial of Microsoft Office, but that really isn’t something new because all new computers come with this software. It is great software, but every machine comes with it straight from the factory, that is, if it has a Windows operating system. Earlier in this sub header we mentioned the Predator having an Nvidia graphics card with SLI technology, and I want to explain what exactly that means. Well SLI itself means, scalable link interface. In plain English that means it comes with two of these graphics cards that work off of each other. Yep, two graphics cards helping you power level through those dungeons instead of one. The graphics are going to be a real shocker on this one! Some extra features I forgot to mention is that the display is actually curved, and the fans in this machine are actually high quality Aeroblade fans. They run very quietly, and they guarantee to keep that CPU of yours nice and icy! Also, many of you hardcore competitive gamers out there know how important a decent refresh rate is on your displays so I wanted to mention very briefly that the refresh rate of the Predator is a massive 120 hertz. The entire nine thousand dollar package even comes fully equipped with a luxury carrying case, a mechanical keyboard, and for those music enthusiasts it has four speakers and two subwoofers built right into the laptop itself. What a machine!

Finally, we have the Lenovo Thinkpad P50. This machine can does not only have great power for games, but it is also made to run resource heavy applications for work. By resource heavy applications I am talking about things like coding language programs such as JAVA, or video editing software and pretty much anything you can think of! Here is the specs of this multi functional hard carry of a laptop! Sorry, League of Legends reference there, no pun intended! The Thinkpad has an Intel Core i7-6700HQ with a six megabyte cache and runs at speeds up to 3.5 gigahertz. However, the Thinkpad doesn’t come with as big of a display as the other two laptops, but it does have anti-glare technology; however, it is only 15.6 inches wide. If you are looking for a huge screen to look at this isn’t the laptop for you. You can expect to have a built in 720 high definition webcam with dual noise canceling microphones just like the ASUS ROG though! Windows 10 also comes preloaded on this machine and it has four different USB ports for your accessories.

Furthermore, if you are looking to run virtual reality games I would suggest you go with a different laptop because although this laptop does have an Nvidia Quadro M1000M discrete graphics card, it only has 2 gigabytes of VR RAM. That doesn’t mean this product is all bad, because guess what? It comes with 64gb of DDR4 baby! Yep, you still can play some games on those crazy high settings, but it’s just not really optimized for a truly immersive experience via Virtual Reality.

This is the final showdown between these three mean machines. Here is where we determine the one and only winner, but today we have a twist! Instead of choosing just one winner, we are going to rank these contenders according to different categories. The first category will be price of course, but the second category will be power and efficiency, and finally, the third category will be best overall deal. The third category is going to take both price and hardware into account. So, for the price category the winner is going to be the Lenovo Thinkpad just because it has almost the same hardware specs as the ASUS ROG only one thousand dollars cheaper. The ASUS ROG might have a somewhat larger display, and can run VR games a bit better, but it isn’t a thousand dollars better. When it comes to power and efficiency we have to immediately go with the Acer Predator, because it does have the absolute best hardware money can buy between the three. The final category winner is again, Lenovo Thinkpad, because it does rival the ASUS ROG in hardware and like I said before, it is one thousand dollars cheaper. I guess if we had to pick a sure winner for this category it would have to be the Lenovo Thinkpad due to it winning two out of three categories. There ya go guys, there is the final recommendation that I said I wasn’t going to give you, but I did anyways! Take it or leave it, but this information is factual, and I want you to get the most out of your money while still being able to enjoy your entertainment!