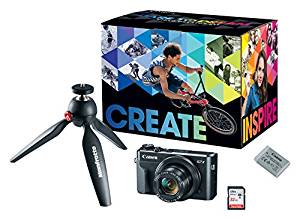 Are you having a hard time picking the right camera to shoot Youtube videos with? It wouldn’t surprise me if you said yes, because there are an absolute TON of choices out there. If you are new to buying cameras, then this makes finding the perfect vlogging camera for you an even harder decision. Should you buy a camera that is DSLR, or a camera that is point and shoot? Is it better to have a tripod queen, or something you can carry in your pocket at all times? In this article we will be taking a look at the pros and cons of both, as well as comparing different brands, and then we will tell you which one we liked best. We hope that this article is not only informative, but also helps you to understand the vlog camera world a little bit better than you previously had. It helps to have experts on your side when you are making a commitment to buy an item such as a digital camera with little to no experience, because sometimes companies will just want to push the sell, sell, sell tactic, and they don’t really care about your wants, or your needs.

>> Click here to see the most popular vlog camera for Youtubers of the YEAR!

DSLR VS Point and Shoot

Let us begin by talking about DSLR cameras and what they have to offer. First, these cameras are known for their excellent image quality, fast shutter speeds, and the ability to let you change lenses. These kinds of cameras are something you want to buy if you intend on using your camera quite a bit, or you want to shoot professional quality videos.

Additionally, buying a DSLR camera has some cons with it as well. This may come as no surprise, but they are generally priced a lot higher than a point and shoot camera. Another thing to consider is that to the beginning vlogger these kinds of cameras are known for being quite complex, so if you buy a DSLR, then get ready to read that manual, or you are probably going to be left scratching your head, and confused about what to do. I would further suggest you go check out some video tutorials on how to use these cameras before you commit to buying one, because you could be biting off more than you can chew in terms of difficulty if you are an unfamiliar user.

Moving on, let’s go ahead and discuss point and shoot cameras. These cameras have great auto modes, and are designed for the beginning vlogger. The image quality suffers compared to DSLR, but you probably won’t be spending an arm and a leg for these models either. Budget and experience are something to take into consideration, and please don’t buy something overly expensive just because it is expensive. Sometimes buying the most expensive product will again, leave you scratching your head. Most likely it will come with a million features you will never use, or bother to take the time to actually learn. Point and shoot cameras are made to be compact, and to use while you are on the go. Many vloggers love these types of cameras because they are much easier to carry around than your typical DSLR, and require a lot less maintenance. Point and shoot models don’t allow you to change lenses, so you won’t usually have to worry about dust ruining any sensors inside your camera, or spotty images. That is definitely a plus with these cheaper point and shoot models.

Once again, if you don’t want to put in a ton of effort to actually take care of a DSLR, then please buy a cheaper point and shoot camera.

The MacDaddy Point And Shoot Showdown

The first camera we are going to be checking out here is the Canon G7x Mark II and one of its best features is it comes with a 4.20x zoom. Furthermore, this camera has great image quality as well as an eight frames per second burst mode. Unfortunately, this model doesn’t come with a viewfinder, great battery life, or the ability to shoot in 4k for its $679 price tag. On the upside you can look forward to this model weighing at only about eleven ounces, but will this be enough to compete with the Sony Rx100 Mark V? Let’s find out. This point and shoot camera is a little more expensive than the Mark II which might turn some consumers off. Do I have your attention? If I don’t have your attention, maybe the $999 price tag will. Sony boasts that this specific model will let you shoot at twenty four frames per second, and also allow you to shoot in 4k video. I believe that option alone justifies the three hundred dollar increase, but that is just me. You might pay close to three or four thousand dollars on other models for options like that, so take that into consideration! It also has a great slow motion feature too, but like the Canon G7X Mark II, it too doesn’t have great battery life.

Now let us focus on the Canon 80D DSLR model. This DSLR camera will cost you just over one thousand dollars, and it is worth knowing that to buy an accessory like an EF-S 18-135mm lens will cost you more than half of the price of the camera. You read that right, a lens will cost you six hundred dollars to use as an attachment. You could almost buy yourself two of these cameras for that price!

*note – I listed the 80d here, even though I bought the 70d. Technically, the 70d is last years model and has been discontinued, and has been replaced by the 80d (this years model). Eventually, you won’t be able to buy it anymore, so we chose to list the newer one. Here is the one I bought.

However, just because accessories are expensive doesn’t mean this camera is a bad buy. This model does have an intelligent view finder, and you will be able to shoot high definition movies in 60p that can be saved in mp4 format. Canon states that this model is also compatible with most other EF lenses, so if you are a pro and have a few different lenses already, then they probably will fit this camera. That is definitely a plus in my eyes, but I don’t believe that is what most consumers are looking for when they buy a camera for vlogging. The final great feature on this camera is that it comes with a 24.2 megapixel CMOS sensor for capturing great high resolution images. When you are dropping a grand on a camera, you expect results, and this camera does deliver on those.

The Verdict: The Best Camera to Vlog With on the Regular

This verdict is going to be based on price as well as being consumer friendly for the average everyday vlogger. If you want great quality, user friendliness, and to be able to shoot great stuff without having to add expensive accessories, then go with the Sony Rx100 Mark V. It offers great features as well as being able to provide you with excellent image quality for a point and shoot.If your budget isn’t up to $1,000 for a vlogging camera yet, the next best thing is the mark ii at just under $700 bucks. This is hands down the single most popular vlog camera used by almost every major youtuber on the planet.

The main problem with DSLR cameras is that sometimes you have to buy other accessories to get the shots you want which makes them even more expensive. You can buy the Mark V and get ready to go make some killer videos as soon as you get it in your hands. The Canon 80D was almost declared the winner today except for the fact that DSLR cameras sometimes require the user to spend additional time learning the features, and that these types of cameras are designed for professionals, not the every day vlogger.