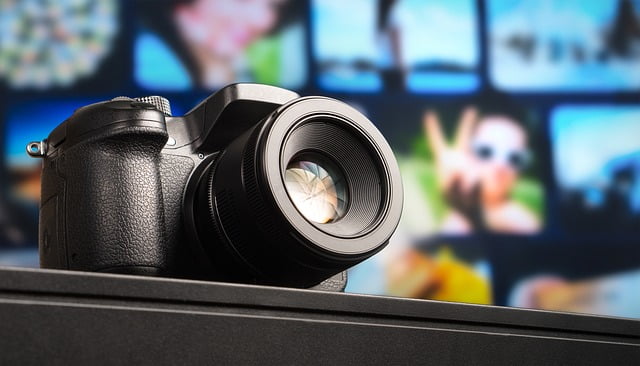 Vlogging has taken the world by storm and has become quite a rage in the last few years. However, despite being such a popular phenomenon, still many people are not really aware of what vlogging is all about.

So, what is vlogging really? Vlogging is the term that is used to describe video blogging and a vlog is essentially a video blog. And, it is basically when you take your audience through your story, mostly happenings of a day, via short videos.

Vlogging became extremely popular thanks to the spurt in the growth of the internet and smartphones and today, vlogging is so easy that almost anyone can start a vlog. Another reason for the popularity of vlogging is that the equipment for creating vlogs, which was quite expensive in the past has become quite affordable in recent years.

Big names in vlogging such as Casey Neistat, Zoella, Alfie and Roman Atwood, among the countless other vloggers have shot to fame through their vlogs and have a huge online fan following. Starting a vlog is extremely simple and if you envision yourself as the next YouTube vlogging superstar or just want to share your day-to-day experiences with your friends and family, then you can just grab your smartphone and start recording your vlog. However, if you want your vlog to look professional, then investing in some good quality equipment such as a proper camera, professional microphone, etc. is the first step to creating a great vlog.

Buying a high-quality vlogging camera can go a long way in creating a professional looking vlog. Buying a dedicated camera for your vlogging projects can help you create high-quality and good looking vlogs. However, the issue is that there are hundreds of cameras to choose from and if you don’t have adequate knowledge, then it may be extremely difficult to decide on the best camera for vlogging.

In this article, we have reviewed a few point-and-shoot, as well as, DSLR cameras to help you make your choice on the best vlogging camera to kick-start your career in vlogging. 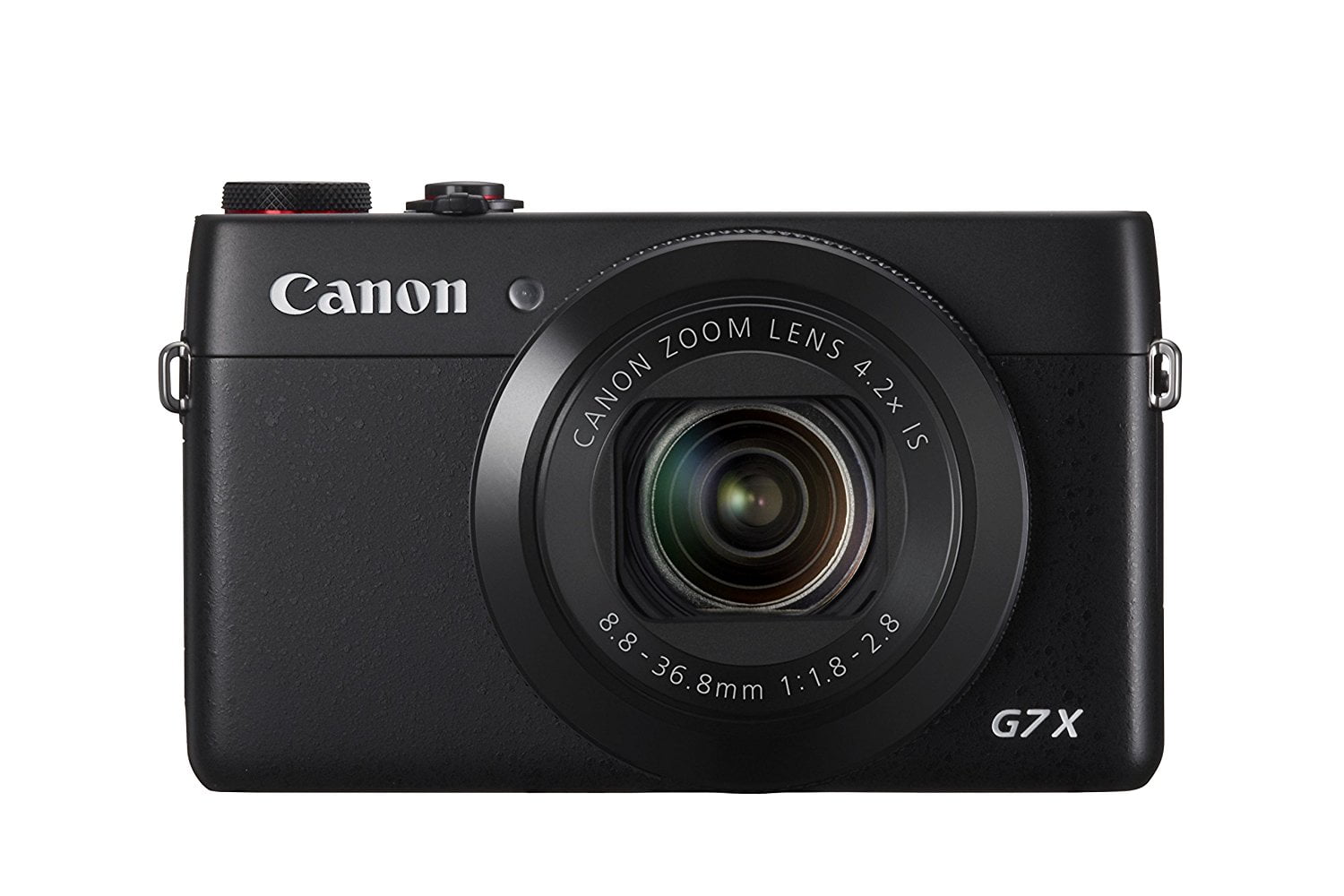 The Canon G7X is one of the firm favorites of vloggers and the point-and-shoot camera has been specially designed for the purpose of vlogging. The Canon G7X is a 20.2-megapixel camera that matches Sony’s RX 100 series in terms of looks, as well as the sensor size.

The Canon G7X is compact and lightweight which allows you to film your vlogging videos and photos “on the go.” The camera is equipped with various video and photo settings that give you excellent top-quality shots and high-grade videos while being sleek and compact so that you can easily slip the camera into your pocket.

One of the key features of the Canon G7X, which vloggers love is the viewing screen that swings out, which allows you to ensure that the framing of the shot and the composition of the background is perfect. The Canon G7X works extremely well in low-light conditions.

The large sensor of the camera allows you to capture videos that have high definition and also reduces the static in the recordings. The camera has a very fast shutter speed which you can adjust and it also has the optical image stabilization feature, which allows you to get a steady recording even when you’re on the move or if your hands are shaky while filming.

The Canon G7X is Wi-Fi compatible, which makes it easy for you to share your videos online after recording them and you can also backup your videos to your computer without any cables. The camera is great for photographs too, which you can save in both raw and .jpg formats. This also allows you to edit your photographs very easily if you want to.

The limitations of the Canon G7X is that it is not equipped with a viewfinder and so you cannot view the video while you are filming it. Instead, the camera is equipped with a flip screen that allows you to view the video instead. Users also found that the battery life of the camera is limited and that the LCD screen tilts only upwards and not downwards.

Overall, the Canon G7X is a great camera and is a value for money buy at the price. Its features and the versatility of the camera make it a great buy for both amateurs, as well as professional vloggers. 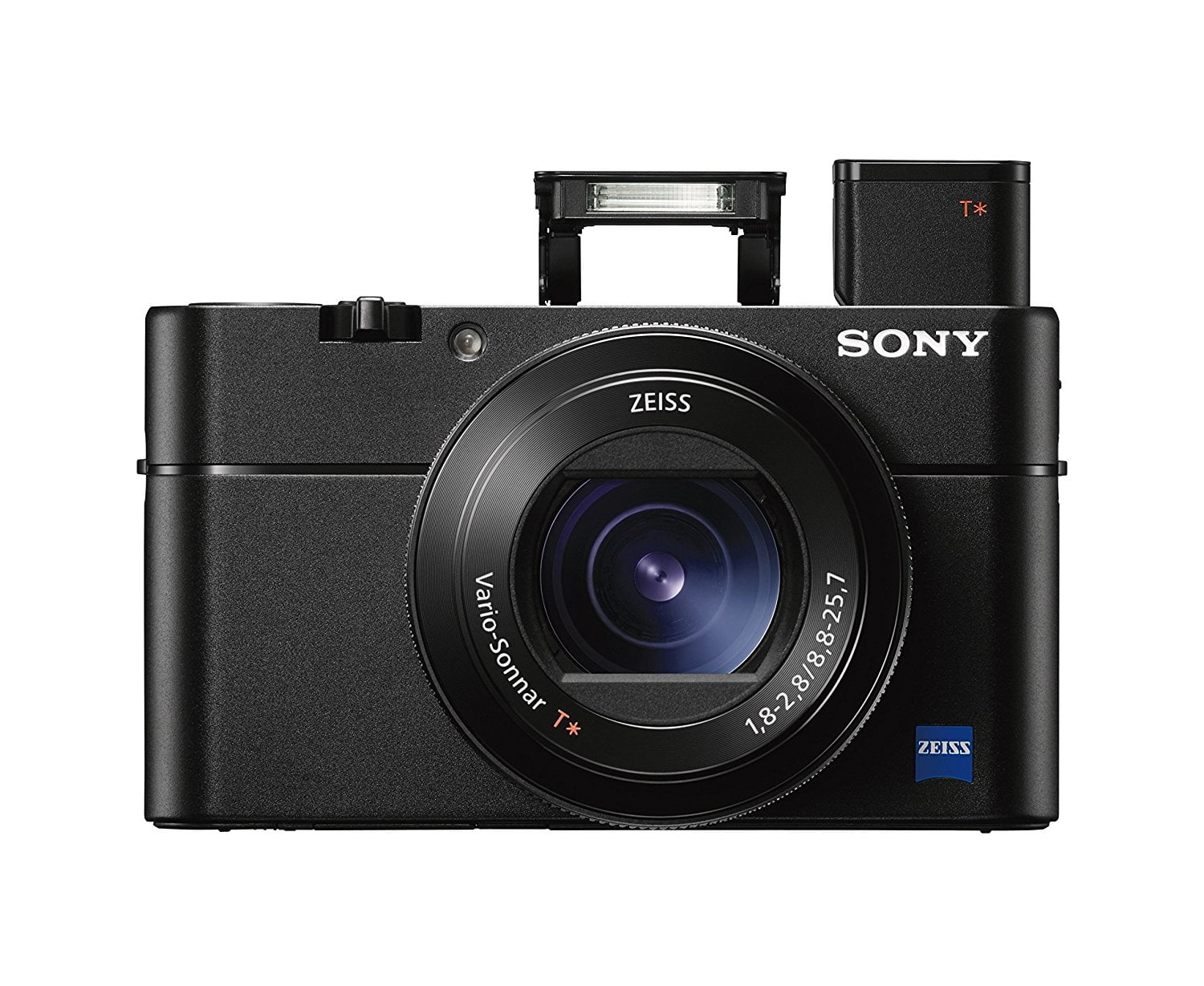 If you’re looking for a compact camera for your vlogging and don’t really want the hassle of lenses, then you could consider the Sony RX100V. The Sony RX100V is loaded with impressive features. The camera includes a flip screen and good image stabilization that allows you to record even while moving, without making the video shaky.

Although the Sony RX100V is a point-and-shoot camera, this compact camera packs a punch and can shoot 4K videos at 30 fps. You can also shoot 120 fps videos at 1080p resolution and the best part is that you can get your smooth slow-motion shots with this camera.

The Sony RX100V offers a maximum aperture of 1.8, which allows you to get great shots even in low light conditions. The wide aperture also allows you to get fantastic bokeh and blurred backgrounds for your cinematic shots. The RX100V has a flip screen that allows you to look at yourself while you’re vlogging and also to ensure that you’re in focus while filming.

Another great feature offered by the Sony RX100V is that it has wireless capabilities i.e. it allows you to control the shots from your mobile phone, allows you to transfer your photos and footage to your phone and also share it online easily. The Sony RX100V allows you to shoot in S-Log2 format, which allows for greater color correction when the footage is opened in the required editing software.

However, the Sony RX100V has some drawbacks too. The camera can only record in 4K up to 5 minutes at the most in a single clip without overheating. The battery life of the camera is not too great and some users have reported that the battery lasts only for around 30 minutes when shooting in 4K. Also, the camera is quite expensive in terms of the price.

Nevertheless, despite being quite pricey, the Sony RX100V is an excellent vlogging camera that you can definitely add to your “must buy” list. 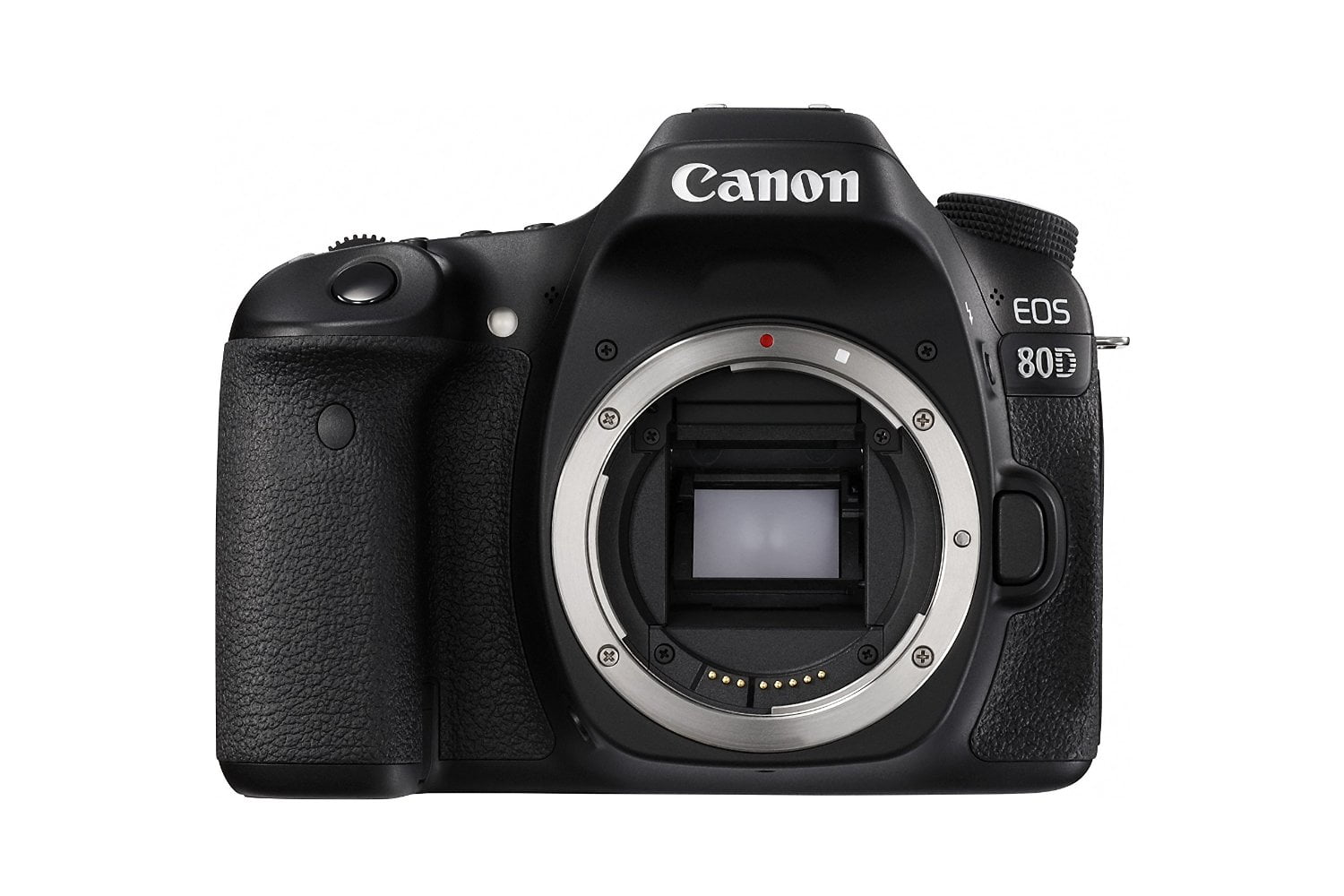 The Canon 80D is a great camera for professional vlogging videos and photography. The DSLR camera has dials and displays that allow you to make the necessary adjustments. The camera features a versatile grip which enables tactile filming.

The Canon 80D has a 24MP sensor and the 100-16,000 ISO range allows for shooting in low-light conditions. The camera also has a dual CMOS autofocus feature that helps to lock the target in when the conditions are dark. The camera links the meter system to the camera’s shutter so that your indoor shoot is not ruined by fluorescent lights.

The camera allows high-quality shots and supports HD high-quality video at 60 fps which produce excellent MP4 results. The camera also features built-in features such as time-lapse, HDR and creative filters that give your videos enhanced and optimum effects.

Whether you are using the camera for continuous 7 fps shooting or for a video that is 60 fps, the operations are handled efficiently by the DIGIC 6 processor of the camera. The camera can be connected and integrated with the Canon app seamlessly via the Wi-Fi and NFC connections that allow you to keep your vlogs current and updated.

Some of the drawbacks of the camera is that is quite heavy. Also, it does not have the image stabilization feature and is quite pricey compared to other 4K vlogging camera models. However, although the vlogging camera is more on the expensive side, if you have the budget and you’re looking for a top-quality vlogging camera for your videos and photographs that will last you for a long time, then the Canon 80D is surely a hands-down winner. 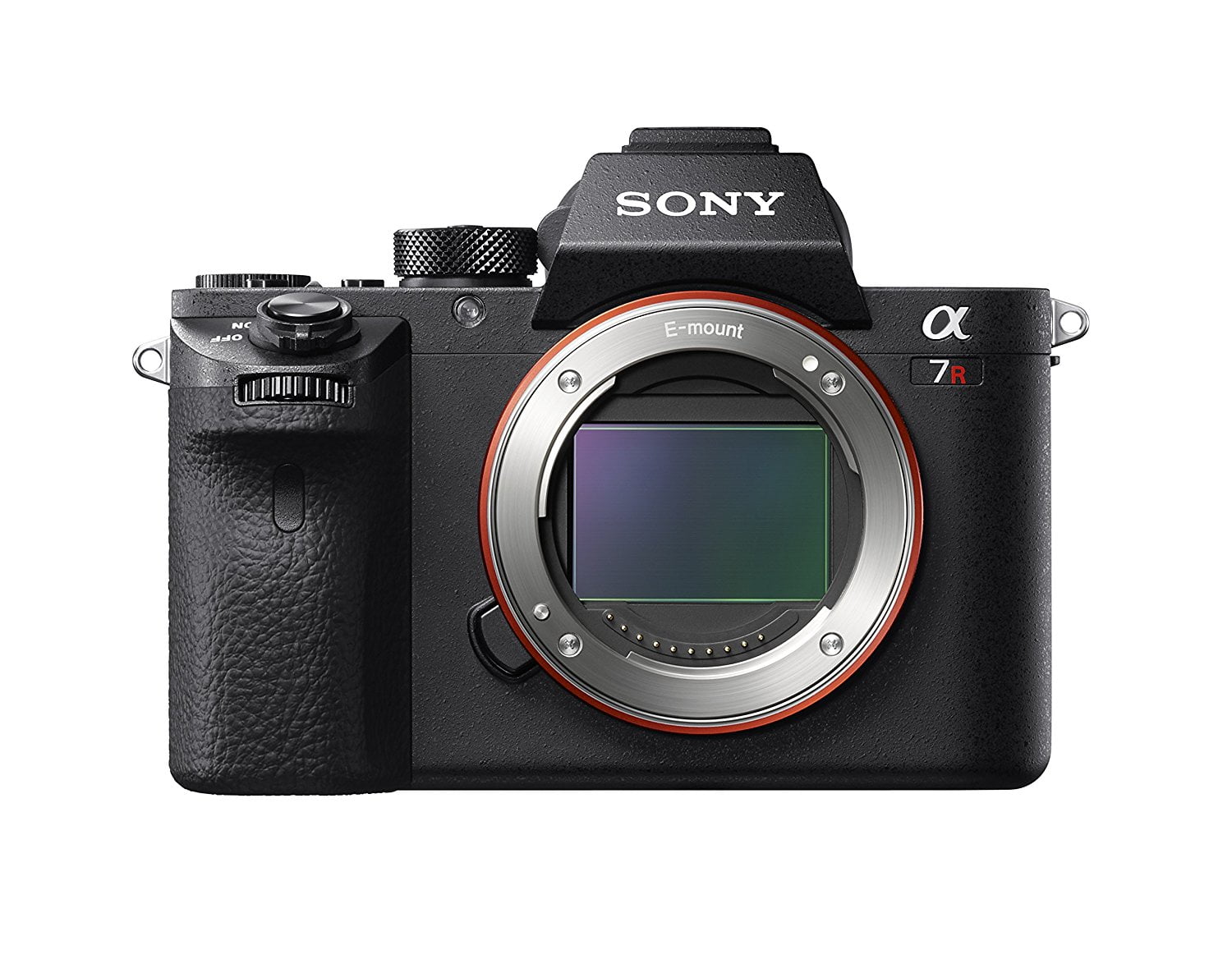 When you consider the mirrorless cameras, the Sony A7R II is an excellent hi-end camera that is equipped with the revolutionary new 42.4 MP CMOS image sensor and it also has a maximum ISO sensitivity of 102,400 that produces excellent image quality. The camera features the hybrid AF system that works along with the 5-axis image stabilization that maintains the focus while reducing the blur.

The Sony A7R II comes along with 4K video recording feature that enables you to record in a super 35mm format, which eliminates any pixels, giving you excellent HD video quality. The camera is suitable for recording in any type of condition, even when the light is very low and also let you shoot good quality videos in very dark conditions.

The downside of the Sony A7R II is its price, which is quite high and the camera also does not have a flip screen so that you can view whatever you are recording. Nevertheless, if budget is not an issue, then the Sony A7R II is a great camera to buy. 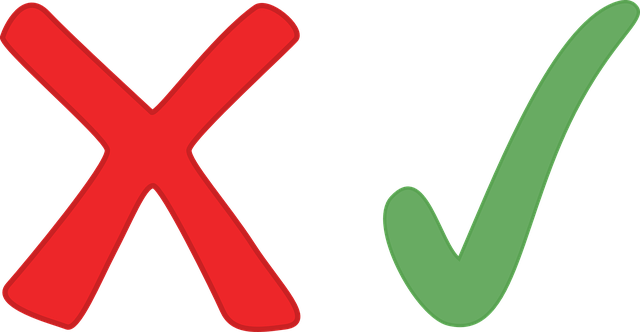 So, while each of the kind of camera has their pros and cons, as a beginner to vlogging or a professional, you must evaluate the various cameras available along with their features and also consider your budget before deciding on the best camera for your vlogging projects.

1 thought on “The #1 Best Camera For Vloggers”