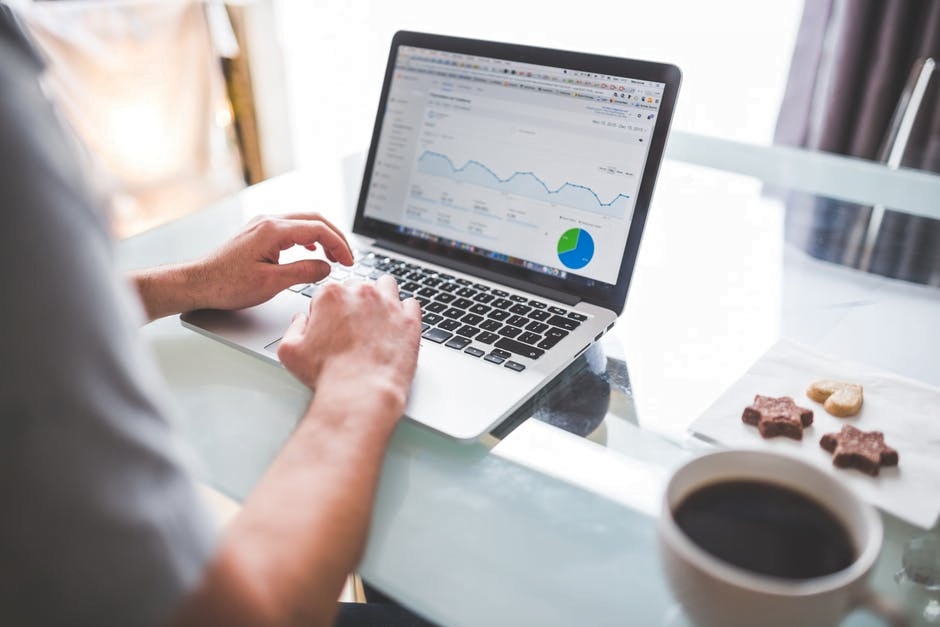 There’s really nothing quite as effective as self-hosted WordPress to build your own blog or website. Millions of bloggers, entrepreneurs and start-ups have made the move to WordPress.org, for the simple reason that it is an extremely flexible platform that comes with the advantage of a hundred different features. From accessing endless plugins, beautifully-designed themes, to allowing you to run all kinds of code for your blog or website, WordPress.org is free not just in the sense that it can be downloaded at no cost, but also because you have complete ownership and control of your content.

Bluehost has been an official WordPress-recommended hosting platform since 2006. It’s one of the most-preferred hosting services which powers more than 2 million websites across the globe. Bluehost is undeniably a great option for you if you’re just starting out with your self-hosted WordPress blog or website. You get a free domain name for a year and the plans for hosting your website or content are pretty affordable (minus any hidden charges), which takes away any money-related worries you may have as a new blogger or entrepreneur.

Not only this, Bluehost is also pretty reliable – it is supposed to have minimum downtime and has decent customer support too.

By now, you’re definitely tempted to ask, if Bluehost is so great, why look for alternatives to it, right?

Well, for the fact that it is a great option for first-time self-hosting, it comes with its own downside too. It’s important to know these as much as the good stuff – at the end of the day, your blog or website needs to keep performing at its peak, and the hosting service you use can really make or break your blog as well as the revenue it generates.

First things first – Bluehost is a shared hosting space. It is owned by EIG, whose business model relies on cutting costs through crowding up their shared servers.

What this means, is that if you are on one of Bluehost’s basic plans, your website could be on any one of their shared servers, which at times, has been known to be packed with over 5,000 sites. Yep, 5,000 sites on a single server. 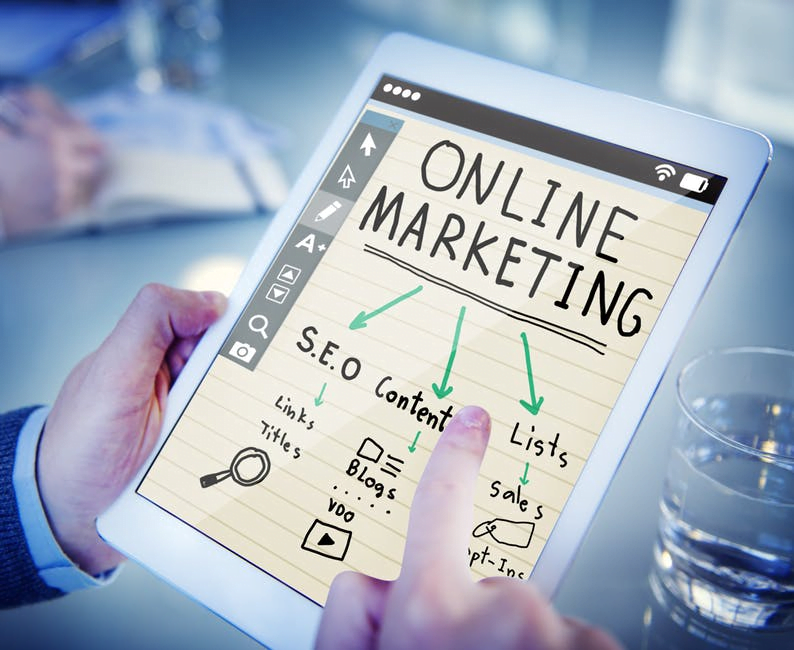 Even if you opt for one of their better, more expensive plans, you’ll essentially end up with your website on a low-density server. This means that your website will be on a platform that has 80% fewer sites using up the pooled system, than the other servers. While this may give you better speed, there’s no guarantee it will maintain the same speed during peak traffic.

Bluehost also uses an older storage system for all the files and databases – HDD, while all of the alternatives listed below use SSD. It may be a cheap hosting platform, but when you decide to scale up, and when your website sees traffic spikes, Bluehost will cause your dashboard to take forever to load, taking away precious clicks from your website.

If you have a business website, you already know the importance of SEO in determining your website’s overall standing on the internet. When Google displays websites in its searches, it does so on the basis of site speed using their search algorithm.

Google, in fact, has found out that every 100 milliseconds of page load means a 20% drop in traffic. What does this mean? The more time your site takes to load, the higher the possibility of visitors giving up on your website, which not only means your SEO ranking is affected, it could also spell doom for any revenue your website is generating through advertising.

Essentially, Bluehost is okay when you’re starting out, but as your website grows in terms of features and traffic, you want to choose a host that will serve your pages in 1.5 seconds or less. 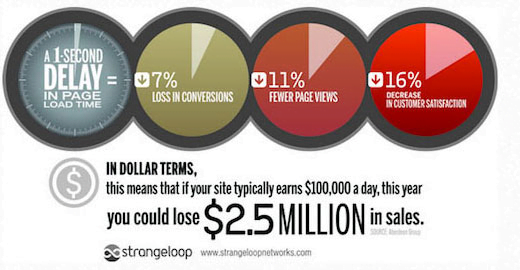 If your Bluehost-hosted website or blog is taking forever to load, and you’re tired of losing site traffic because of this, here are some alternative hosting services you can explore. Just like Bluehost, all of these are WordPress verified, and are known for their great features, including high uptime as well as short server response time.

Siteground is an official WordPress hosting partner, and was voted the best hosting platform for two successive years. Here’s a quick look at what makes them one of the best alternatives to Bluehost in terms of WordPress hosting.

Siteground makes use of the most advanced technology when it comes to server storage and hosting. They have 4 times more server resources than other shared hosting platforms. All the files on all of Siteground’s shared hosting plans are stored on SSD’s, or solid state drives, which increase input and output significantly, contributing to the server response time of your website when it is hosted via Siteground. Despite the fact that SSD technology is much more expensive as compared to HDD (which Bluehost uses), Siteground brings you the advantage of this improved server system without charging you a premium.

In addition, Siteground makes use of advanced Nginx technology, along with servers supporting HTTP/2 and PHP7, allowing your website to be loaded in less than seconds.

Siteground’s hosting platform is built on Linux container technology, which is super stable and efficient, which means the possibility of your website being down is reduced to nearly nothing. Pages hosted on Siteground take an average time of 0.6 seconds as compared to 1.24 seconds on Bluehost. Unlike Bluehost, which promises 99.99% uptime but falters with peak traffic, Siteground has consistently been ranked high for having a 99.99% uptime.

Overall, Siteground makes your website load much faster than it does with Bluehost. In addition, unlike Bluehost, Siteground has zero migration fees, giving you yet another incentive to move to this platform. 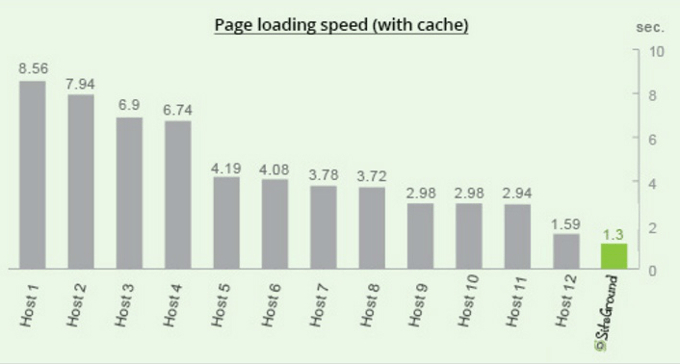 Budget: Siteground’s average cost for an entry-level plan is $9.95 a month, making it one of the most affordable alternatives to Bluehost.

One of the most unique technologies that WP Engine employs, to get your websites to load at lightning speed is EverCache. EverCache is WP Engine’s answer to your websites ever-increasing traffic, making it extremely scalable by maintaining your website’s speed despite millions of hits on their servers at any given time. You’ll never again see your website loading slowly, even with a massive traffic spike.

In addition, WP Engine has some really cool tools like their one-click staging area, which lets you see every bit of your website’s features and components before it goes live, as well as Git-Push for version control. Their advanced security features also keep your website content safe – which is definitely a matter of priority for anyone who generates content.

WP Engine has consistently emerged as one of the highest-performing hosting services when tested for uptime and server response or loading time. Sites hosted through this platform have seen an uninterrupted uptime of 99.99%, and it boasts a loading time of 0.58 seconds, making it one of the most guaranteed ways of significantly improving your site’s loading time.

One of the biggest advantages you get with WP Engine is their customer support, ranked the highest among all hosting services. WP Engine’s customer support team has over 100 WordPress experts, and they have been known to resolve every ticket they receive in under 30 minutes.

Budget: WP Engine’s basic hosting plan is priced at a costly $35 per month, making it one of the more expensive Bluehost alternatives available. However, it’s worth the price once you line up the endless advantages you get in return, all of which can be a big help in your website’s traffic as well as business.

Founded by a WordPress developer in 2014, Kinsta may only be 4 years old but is already making waves in the web hosting sector as one of the leading managed WordPress hosting platforms.

Kinsta is the first ever hosting platform to be powered by Google Cloud Platform. This brings in a whole lot of advantages to using the platform, starting automatic scaling to accessing one of the biggest networks on the planet, thanks to Google Cloud Platform’s premium tier network, which allows you to choose from not two or three, but 15 data center locations, delivering your content to users around the world at a blazingly fast speed!

As compared to shared hosting platforms, Kinsta uses LXD containers, which means that each WordPress site hosted on this platform gets its own Nginx, PHP, MySQL and does not have to share resources with any other site.

One of Kinsta’s standout features is the focus on backups. Most hosting sites offer routine backups, but with Kinsta, your backups are created not as separate data files, but in a manner that allows you to recreate your whole site in one go. In fact, this platform even lets you backup your staging areas, which are typically used to test your site before it goes live.

Kinsta prides itself on 100% uptime, and this is not a clever marketing pitch. It conducts uptime checks every minute on every plan, which means there are as many as 1,440 uptime checks in a single day. You’ll be surprised to know that their agreement guarantees a 99.9% reliability rate, and it promises to credit your account if they fail to correct error response codes within 30 minutes of them occurring.

Kinsta has recorded 0.35 seconds of response time, and the lowest loading time for websites hosted on Kinsta is just 0.41 seconds, making it one of the highest performing web hosting platforms currently.

The one thing to understand is that Kinsta is for all those who take their website really seriously – it doesn’t see much sense in slashing its prices to increase their client base, like so many other hosting sites do. Instead, they believe in offering their clients the very best of cutting-edge storage and hosting technology, and excellent performance, by continuously improving their infrastructure – already one of the strongest ones thanks to the Google platform.

Budget: Kinsta’s most basic plan will set you back by $30-40 a month, but you won’t regret spending a single penny of this price, once your website begins to show results.

So if you’re still struggling with website loading speed with Bluehost, maybe it’s time to move to a better platform. Like any other business, your website too, needs investments to grow. Think of your WordPress hosting platform as a long-term investment – maybe the numbers on your invoice will bother you in the beginning, but each time you see how much your website’s loading and response numbers have improved, you’ll be glad you made the move. All that’s left for you to do, is to compare these alternatives, and choose the best web hosting platform for your WordPress site.