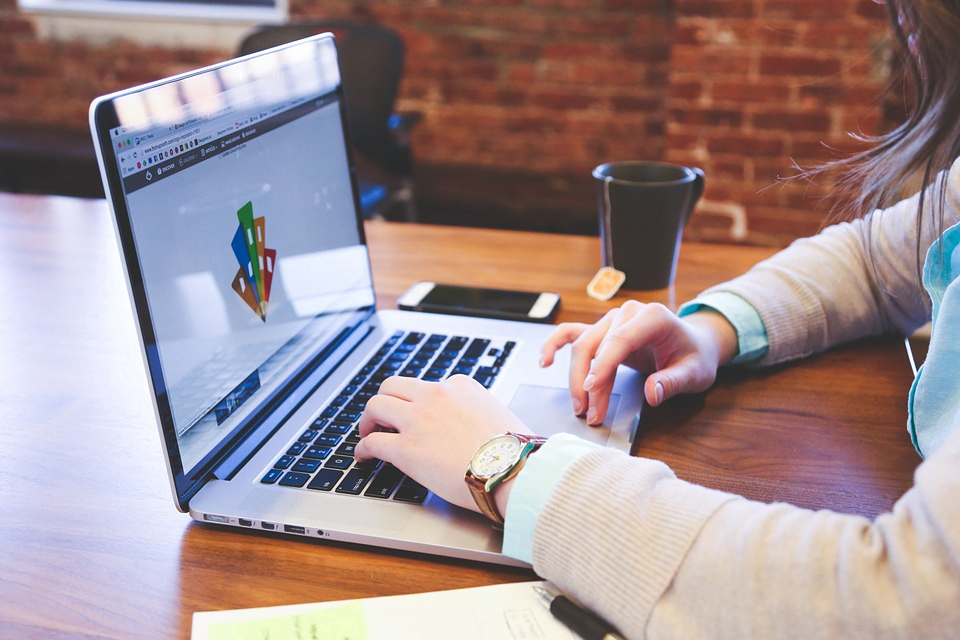 If you haven’t been to college, is it the end of the road for you? Can that one degree or piece of paper change the course of your life? While a degree is certainly important, college tuition may not be affordable for everyone. But skipping those crucial four years does not mean your life amounts to nothing. There’s an endless list of successful and famous people who were college dropouts and went on to do great things in life – Ellen DeGeneres, Oprah Winfrey and Bill Gates, to name a few.

If not having a degree is what you think is holding you back in life, think again. There are plenty of opportunities out there to bring a handsome six-figure salary back home, even without a degree. The following list only touches the tip of the iceberg, take a look!

A real estate agent or broker doesn’t need a college degree but does need a license, for which only a high school diploma should suffice. There is a long period of on-the-job training and several real estate agents take a few years of practice to excel. Several community colleges offer pre-licensing courses too, while some states prefer candidates to take a state-accredited course.

A real estate agent is expected to help their clients buy, sell or rent properties. A broker must have excellent interpersonal skills and should be able to talk with conviction to potential buyers. A lot of money that real estate agents make is based on commission, so the more sales you make, the more money you make in a year. Most real estate agents are also self-employed and may have to work flexible hours. 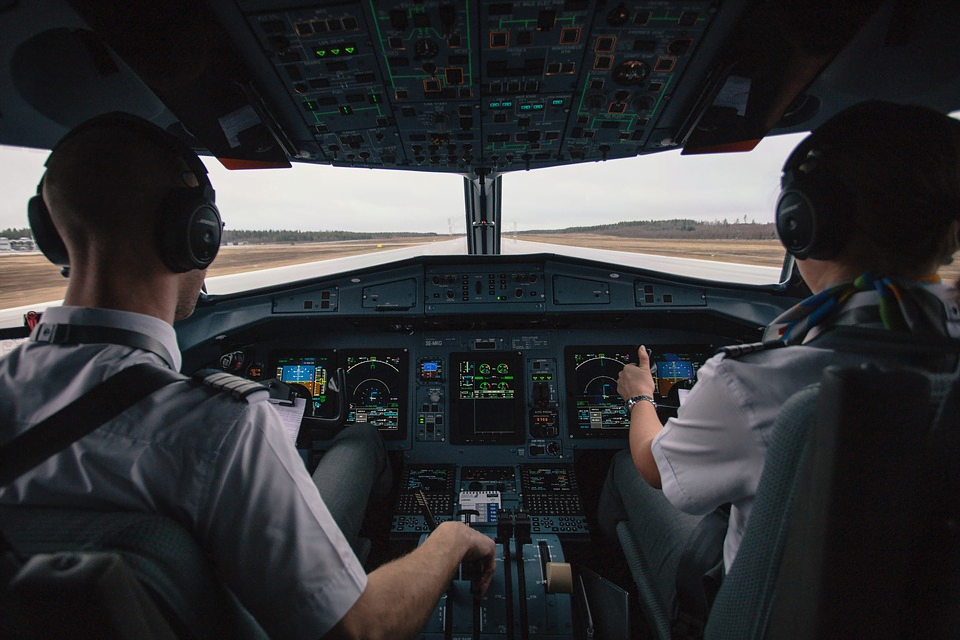 Commercial pilots are not only meant to navigate airplanes but are also the head of the crew on board, so along with your skills to fly a plane, you will also be expected to have great interpersonal and managerial skills.

Commercial pilots take on several unscheduled flight duties, like aerial application, aerial tours and chartered flights. They may also be responsible for supervising the maintenance of the aircraft and flight schedules. Sometimes they may even be expected to load the luggage themselves, depending on the size of the plane and number of passengers and greet passengers when they embark.

Airline pilots, on the other hand, are the ones that are employed with airlines. They fly planes that are responsible for transporting cargo and passengers on a fixed schedule. The pilot has the primary responsibility of the flight, followed by the copilot and the rest of the crew. Both commercial and airline pilots may have tough schedules and working hours.

The median salary of an airline pilot is $137,330 according to 2017 numbers. The category includes copilots as well as flight engineers, often known as the third pilot.

While employers may prefer to hire a candidate with an associate’s or Bachelor’s degree in radiation therapy, the field is open to even applicants who have completed a certification course. The program includes learning about radiation therapy procedures and the science behind them. Through the program, students are also expected to spend time in clinical settings, learning about the human anatomy, physiology, physics, algebra and research methodology. 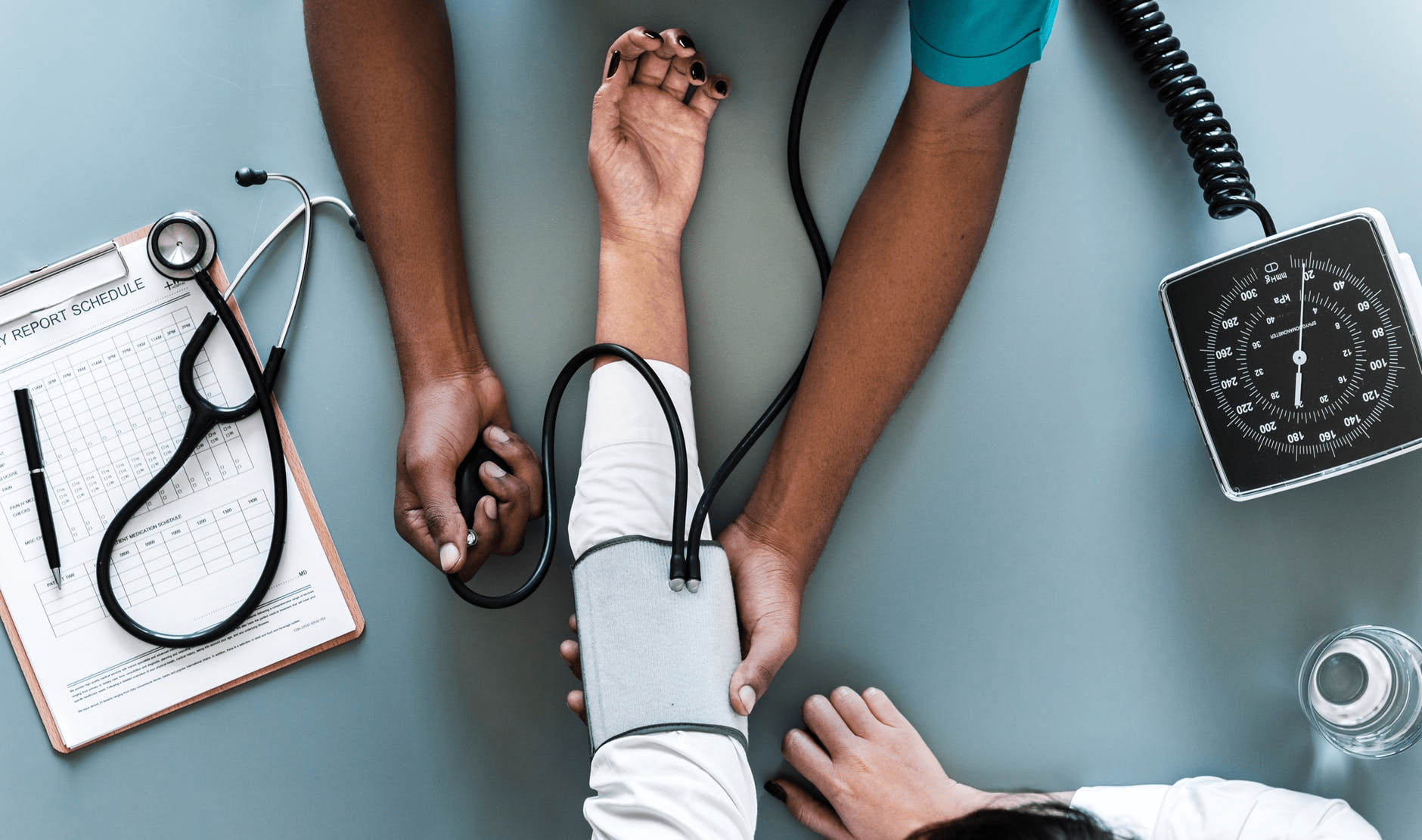 The median salary of a radiation therapist is $80, 570, according to 2017 numbers, with the top 10 percent making more than $123,020 a year. Most radiation therapists work fulltime and generally have fixed timings as appointments have to be fixed in advance, owing to the large amount preparation required.

A computer programmer can get an entry-level job with a high school diploma and an associate’s degree. There are courses that teach programming languages and most programmers are expected to be fluent and specialize in a few of these languages. 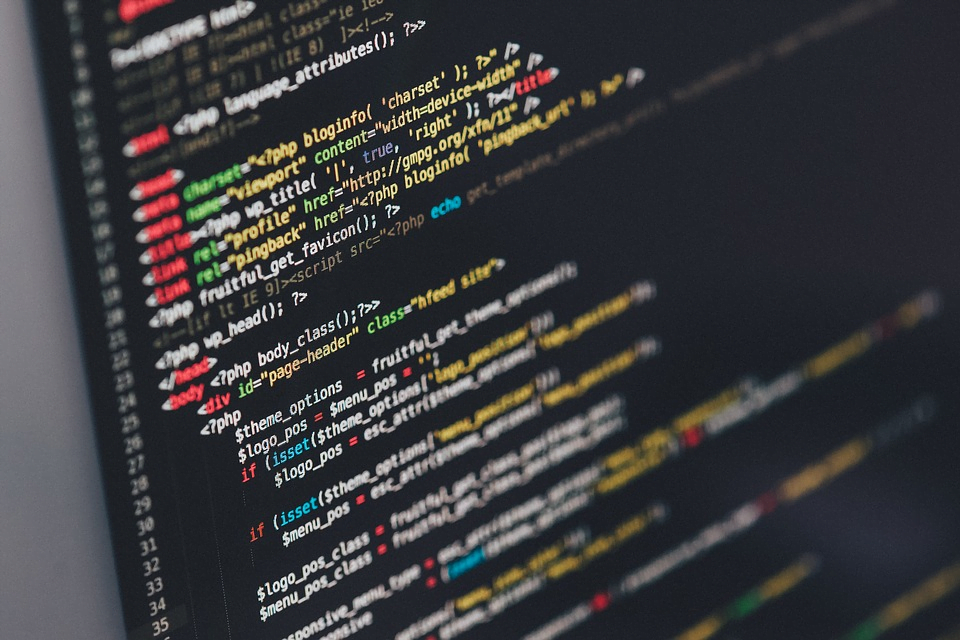 Computer programmers write and test code, develop back-end and ensure computer applications and software function smoothly and without glitches. It is the job of the software developer to create programs and the computer programmer converts those programs into a language and set of instructions the computer can follow. They usually work in office settings, in departments related to computer systems design.

While most air traffic controllers are expected to have at least a Bachelor’s degree, even with a high school diploma and an associate’s degree one could become an air traffic controller. You have to obtain a degree from a Federal Aviation Administration (FAA)-approved Air Traffic Collegiate Training Initiative (AT-CTI) program. 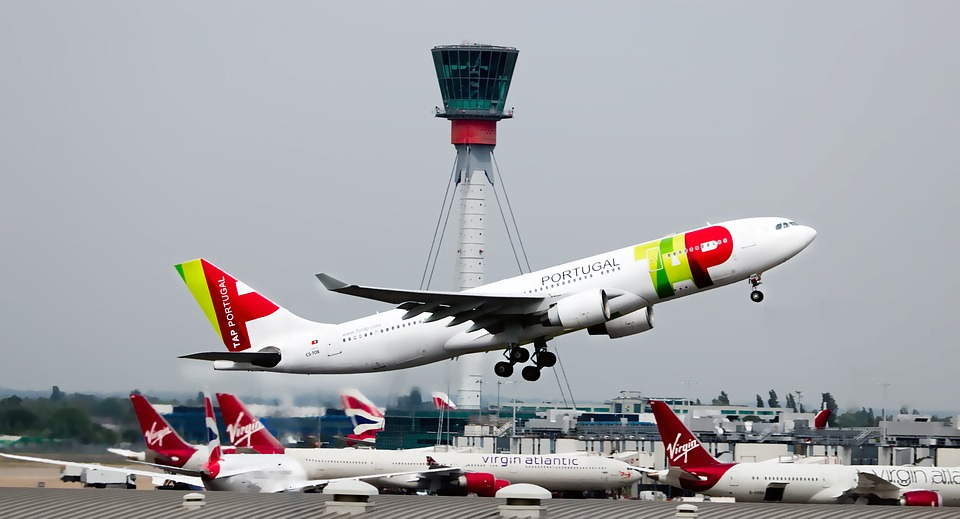 As an air traffic controller, you will be expected to coordinate the movements of airplanes to ensure there is a safe distance between them in the air. They also monitor all aircraft traffic on runways, issue landing and take off instructions to pilots and provide them with critical information about runway closures, weather, etc. Controllers also manage multiple aircraft at once, so attention to detail and the ability to work under pressure are required skills. The main types of air traffic controllers are tower controllers (control movement of vehicles on runways and taxiways), approach and departure controllers (ensure the aircraft entering and exiting an airport’s airspace maintain minimum distance for safety) and en route controllers (monitor the aircraft once they leave an airport’s airspace).

The median wage for air traffic controllers is $124, 540 per annum, according to May 2017 numbers. The salaries for more experienced and advanced controllers who have undergone a period of on-the-job training can fluctuate depending on the location of the facility they’re practicing in and how complex the flight path they are controlling is.

Requirements to become a web developer varies from employer to employer, but a high school diploma is a basic requirement. Other than that, an associate’s degree in computer science helps too. Since web developers create the look of a website, knowledge of graphic design is also rewarded.

Web developers are responsible for designing and creating websites for clients. They decide what a site should look like on the front-end, ease user experience and take care of all technical aspects in the backend. They take care of the website’s speed and how much traffic it can handle at once.

The median annual salary for web developers is $67,990, according to May 2017 numbers. The highest 10 percent earn more than $122,320. Most web developers work full-time in office settings.

Court reporters typically must have at least a high school diploma and certificate from any community college or technical institute. Court reporters are given a few weeks of on-the-job training. Several states may require court reporters to be licensed by a state or certified by a legitimate professional association. 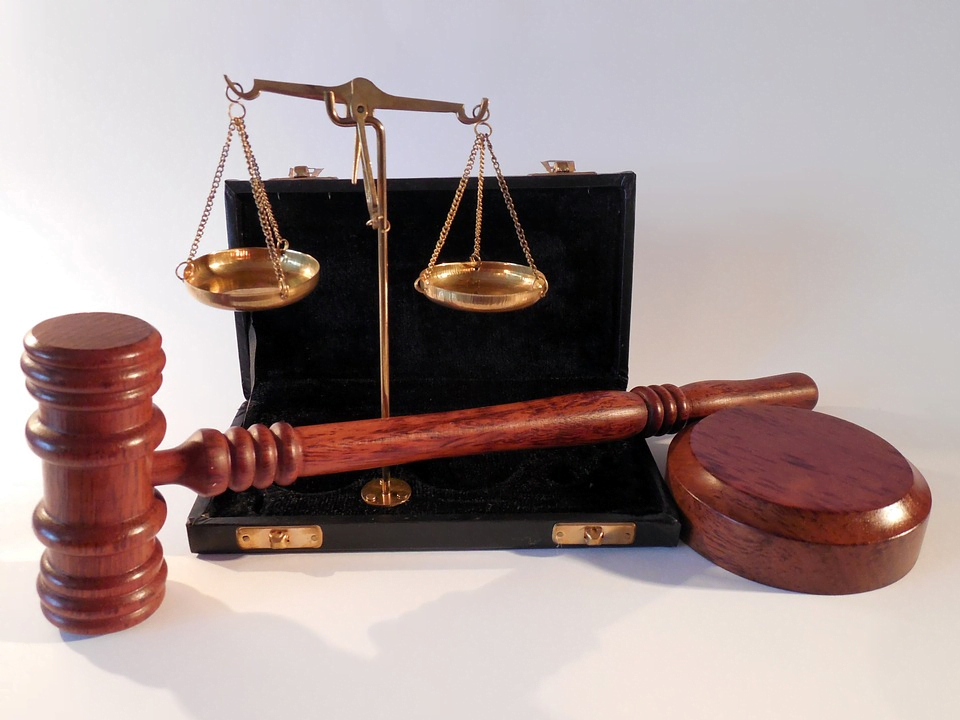 Court reporters typically attend depositions, hearings and court proceedings to take down transcripts. They make use of equipment, like recording devices, stenography machines and microphones to record interactions and proceedings in the court. Upon request from a judge, they may be expected to play back all or excerpts of the proceedings.

Not all court reporters work in legal settings. Broadcast captioners, for example, are court reporters who provide closed captions for television broadcast. They transcribe what is being said in court in real time so deaf or hard-of-hearing viewers can keep up with the proceedings.

The median annual wage for court reporters, as of May 2017, is $55,120. The highest 10 percent earned more than $100,270. While freelance court reporters are paid for the time they give in, they often sell their transcripts to make some extra money. Court reporters who work at the court typically work full-time.

There are several great degree programs for animators and multimedia artists and while most employers expect applicants to have a Bachelor’s degree, several people have found success even after doing short diploma courses after high school. If you have the skills to show you are a creative and innovative animator, it doesn’t matter if you don’t have a degree. Your portfolio should speak for yourself. 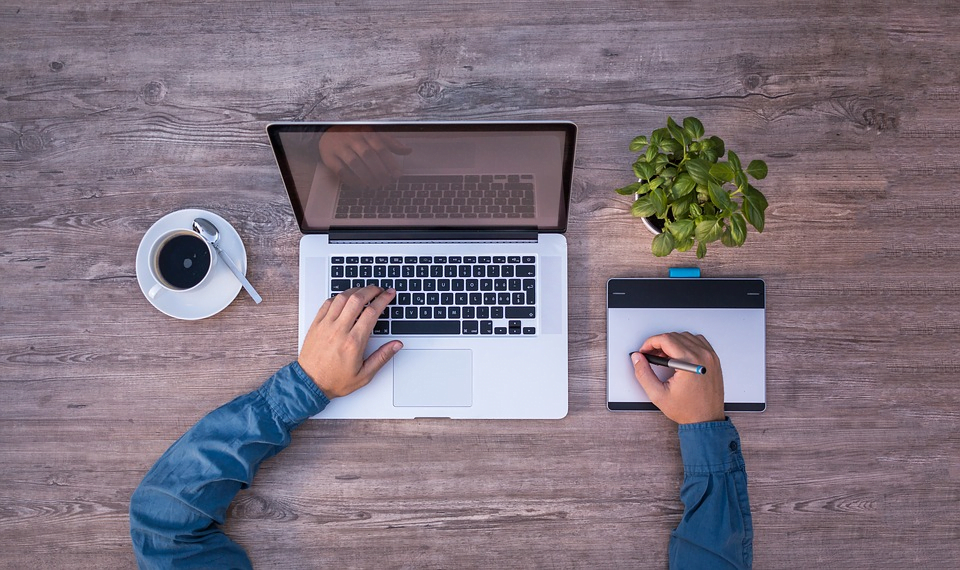 Multimedia artists are expected to create 2D and 3D models, animations and visual effects for television shows, movies, advertisements and other visual media. Typically, they use computer programs to create illustrations and graphics animations. Multimedia artists may also be expected to work with a team of animators, create storyboards and deliver within tight deadlines.

As a freelance multimedia artist, you can even put your work up on social media. If you gain recognition, work offers may start coming in. Most full-time animators have a fixed schedule but if a deadline is approaching, you could expect late nights and long hours.

As has been established, there is no paucity of jobs even without a degree. There are several opportunities for you to bring $100,000 and more home every year, even without a four-year Bachelor’s degree. It must be said, however, that most of these jobs will not start paying off immediately. As with any other job, there will be long periods of trials, hard work and dedication before you can finally start bringing home the six-figure salary. These jobs are not easy simply because they don’t require a college degree. There are other technical qualifications you will be expected to bring to the table, along with your grit and dedication.