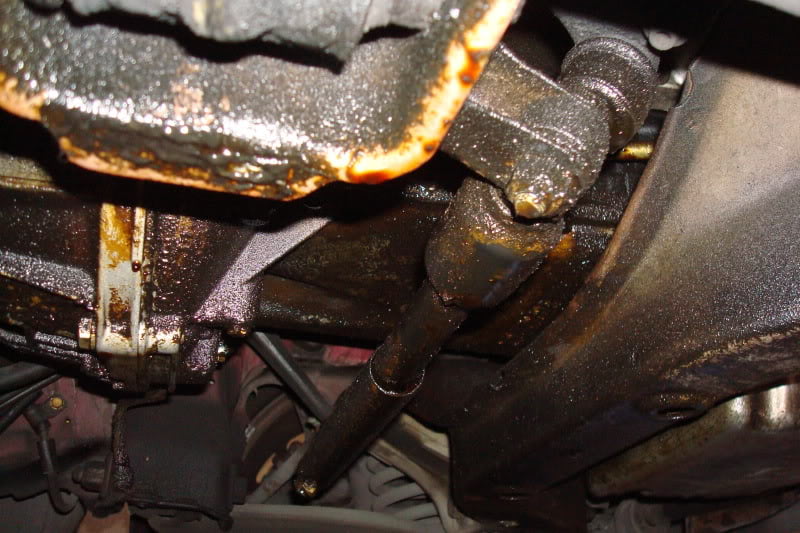 Wondering if you need a rear main seal leak stop additive? Do you have oil spots in your driveway, or a leaky engine block when you look under your vehicle? Or maybe you’ve been to the mechanic shop already like I had, and they told you your rear main seal is leaking and it’ll be $800 – $1,200 dollars to fix, depending on the model of car you have. (the parts to fix it are only about $20 by the way, it’s the labor to drop the tranny in some cases that drives costs way up) If you’re wondering if there is a leak stop product that will work for your rear main seals, yes there are a few specific one’s from three reputable companies, including Blue Devil, ATP, and Bars Leaks. In this article, we’ll go over which oil leak products actually work, why some of them don’t work, and whether or not you can buy a liquid leak stop and fix your car for cheap. By the end of this article, you’ll have a pretty good idea on whether or not these rear main seal leak stop products are right for you.

Are Oil Stop Leak Products A Scam Or Do They Really Work?

If you’ve looked around a bit already, or checked some of the Amazon reviews, I’m sure you can see the huge difference in feedback.

So why all the positive and negative reviews for rear main sealers?

Well, it’s a complicated subject, but I’ll make it as simple to digest as possible. You can see review after review of Blue Devil working great for thousands of people with leaky engine seals, but there are always a few stragglers that say it sucks, is a scam, and on and on.

So why the big distance between pros and cons in the reviews? Well, most people aren’t actually able to get close enough to the seals themselves to inspect them, and don’t have access to a car lift to drop the housings to closely inspect them either. This leads to a lot of speculation, and very often, poor conclusions as to whether or not a leak stop product is even the right solution for their leak.

The main difference between an oil leak stop product working or not, is if your seals have simply shrunk or are slightly deformed and need to be reconditioned, or actually have a hole, tear, or a chunk missing out of the gasket seal itself. If it’s the latter, no product will be able to replace the giant hole in the rubber seal material itself without taking the car apart if that’s your problem. But they can recondition the seals, or at least in some cases prolong the leakage and slow it down long enough for you to either keep driving it the way it is for a while (and just check the oil periodically to make sure it’s not running low), or buy you some time until you can save up enough money to get it fixed by a local mechanic.

Very often, engine seals become dry and crack, due to heat, oil acidity, and a host of other maintenance related results (usually from a lack of maintenance!) that can be reconditioned without having to be replaced. Now this is within reason… you’re not going to be able to drive a car 500k miles and expect this stuff to never fail! 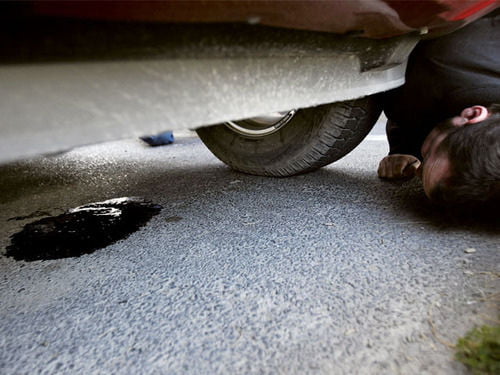 Cheap Fix Test Instead Of Spending $1,200 Dollars On Rear Main Seal Repairs At Your Mechanic!

Since most of these oil leak products are only about $10 –  $20 a bottle, it’s well worth it to try one or two kinds like I did and give it a shot. There are several cases where people have been able to drive their cars for YEARS after using the oil leak treatments, and never even had the rear main seal repaired or replaced at all.

Unfortunately for me, I bought a Nissan Pathfinder that is notorious for the RMS leaking after say 140k miles or so. In my case, I’m not sure if it just wasn’t maintained very well or what, but the seals themselves had a tear and were missing portions of the rubber gasket in multiple places around the housing. These leaks can’t be plugged by any material, since the gap is simply too large for any liquid to fill it and harden under pressure like that. So while it didn’t work for me, I was still happy to spend $30 bucks on two brands of leak stop, and then take it to a local mechanic to put it up on a lift and inspect it afterward with some brake clean after removing all the skid plates. I thought maybe I could slow the leaks down enough to get another 20k miles out it as an off road vehicle, but in my case the rear main wasn’t the only thing leaking… the oil pump lines were leaking, the valve covers were also leaking, and it seemed like the only positive thing it had going for it was that were were no cooling system leaks and the radiator was in good shape. I ended up having to sell that vehicle at a loss, since the repairs were going to be too expensive, but I would totally try the leak stop on another vehicle if that ever happens again now that I understand how and why it works. (and when it doesn’t too)

The average cost to repair a leaky rear main seal, is anywhere from $800 – $1,200 dollars. Some people are getting quotes of up to $2,500 dollars on some vehicles, which is way to expensive for what I was trying to do… The whole point of buying a beater 4×4 Pathfinder, was to be able to take it to Maine and it be cheaper than getting a rental car all the time.

Most cars have too many other components int he way, and require being put on a lift for around 8 hours of shop labor. Some makes and models have to have the transmission dropped in order to remove everything and access the block in good shape, which is extremely labor intensive compared to something like a valve cover job up top.

And here’s the kicker… while you’re at with all of that torn apart, you may as well replace everything else that could go bad while you’re int here, which could easily be another $200 in parts jacking the price up even further.

Compare this with a $20 bottle of leak stop, and I saw it’s worth a shot every single time. lol

Sure there’s always a chance it won’t work, but you’re not out thousands of dollars, and you might get lucky and just have shrunken seals due to someone not changing the oil frequently enough, which causes the engine oil to get acidic and affect the rubber. Very often simply reconditioning them can bring them back to life for a short period of time, and they will perform just fine for 10’s of thousands of more miles. (or at least give you options to prepare for your repair) 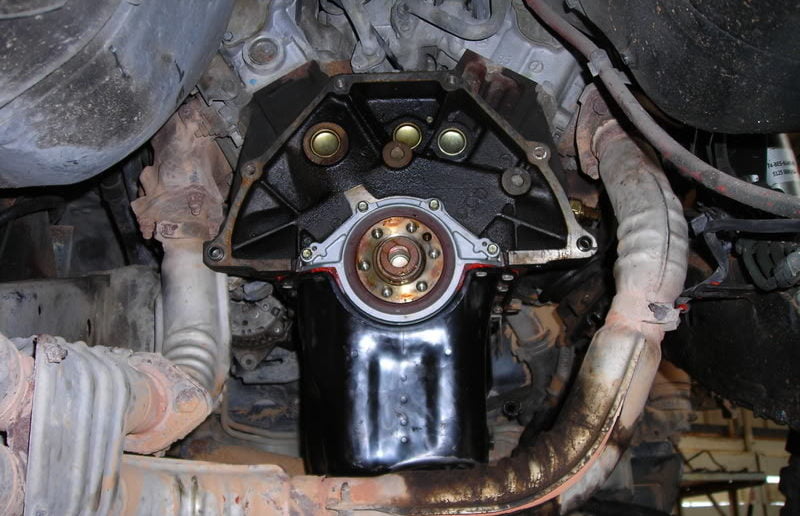 Why Oil Leak Sealers Don’t Work For Some Cars

Like I mentioned above, if you car or truck has a tear in the gasket, or there is actually seal material missing, no amount of leak stop is going to plug a gaping hole. You need to have a mechanic replace the seals, since any type of jerry-rigging is only going to last you so long.

The way stop oil leak products work, depends on the brand you buy. There are some out there that claim to thicken the oil viscosity enough to stop the oil from getting by weak seals. But more often than not, most oil leak products aim to condition the seals much like you would put Armor All on your dash to make it look new again… same thing with the seal materials.

This is why some people have great success with some stop leak products, and others say it’s a scam and doesn’t work. Every situation is different though, and next time I buy another beater 4×4, I’ll definitely try some rear main sealer before I dump money into it that’s for sure!