This post is disappointing for me to write, as my original plan called for Arvixe Web Hosting to be used in almost all of my beginner tutorials. Their pricing, compared to what you get, was very attractive and seemed like the best value for beginner shared hosting. Unfortunately though, there are just too many complaints after EIG acquired them for $17.6 million dollars back in 2014.

What most people don’t realize, is a small hosting startup will have excellent service and support for a number of years, but that can all change once the company is under new management and has shareholders to be accountable to.  An enthusiastic owner, looking to solve hosting problems and provide top quality service in an ever growing industry, is normally how the top quality companies are started.  But when they get acquired by a publicly traded company, all that can change almost overnight.

This is what happened to Arvixe in my opinion.  Other will disagree, but we see it time and time again on Web Hosting Talk (a forum where hosting company owners and industry professionals hang out) when a good hosting service gets bought out by a larger company.  Normally, the reason they get bought out in the first place, is because it’s cheaper for the large corporation to buy an existing user base than it is to market and acquire new customers.  It’s purely financial economics in most cases, not necessarily any value add factored into the acquisition.

Because of that reason alone, most of the time service, performance, and customer support declines rather rapidly within one to two years.  The reason this keeps happening over and over with hosting companies that once had glowing reviews that you see everywhere online, now becomes accountable to shareholders and must meet quarterly profitability by any means necessary.  Usually the only way to do that is scrunch more users on the same hardware (crowd the servers, and oversell them like gym memberships… can you imagine if everyone that owned a gym membership showed up at the same time??? It’s the same thing when your website starts loading slow) to shave costs.  This is detrimental to your website loading speed, and overall performance of your hosting account once you have a decent mount of traffic. In an effort to keep selling “unlimited hosting” plans, connections and other limitations are typically placed in the fine print of your hosting agreements that you don’t actually realize until you’re already in a pickle.

Most people would compare Arvixe to Hostgator, Bluehost, Siteground, Inmotion, Site5, Ipage, and A Small Orange.  Personally, there’s only one or two of those I’d recommend going with over Arvixe… the first being Bluehost if you’re a beginner.  You should know right up front that the same company (EIG) that bought Arvixe also owns Bluehost, but for some reason they keep top notch native English speaking customer service reps and excellent phone service available 24/7 at Bluehost.  I recommend them to all beginner bloggers, or anyone that wants to start their first affordable website. (See the latest Bluehost deal here – 40% Off) My recommendations could change as the years go on, but I keep the web hosting companies I use list updated whenever I stop using a web hosting company, should the quality of service decline.

If you need help with starting your blog or setting up a website, check out the how to section or the starting blog for beginners tutorial. 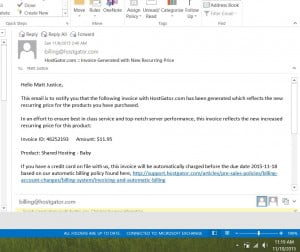 The best alternative to Arvixe is Bluehost. Their phone support is light years ahead of everything else out there, and the pricing is very competitive is you can use for one of their 40% off promos. I used to recommend Hostgator, but they too have been on the decline, and recently sent me an email notifying me that they are raising their basic package pricing to $11.99 per month, which is quite a bite more than $3 – 7/mo at Bluehost. I’m using Bluehost in all of my tutorial videos as well.

Below I’m going to give you my opinion on a few of the most popular questions that keep coming up when comparing Arvixe to other common hosting companies…  This is what I’d recommend if I were talking to a friend or relative, or setting up some non mission critical website for myself.  (I do my beginner blogging tutorials on Bluehost, and I put my larger sites on my dedicated server at LiquidWeb Hosting)

I’d choose Hostgator over Arvixe, and still have an account with them for some dev accounts.  Technically they’re both owned by EIG and should be similar services, but may be operating in different data centers with different aged hardware.  In my opinion they’re both beginner hosts with average to below average quality for a shared hosting account.  For beginners trying to start their first blog, or amateurs with one or two websites, I’d go with Bluehost instead of either one of these because it’s easier to use the control panel on Bluehost, and the Bluehost phone support is far superior. In fact, I just had to call them yesterday, and they blew me away once again!

I’ve never used InMotion much, but consider them much like the above hosts (Hostgator and Arvixe).  I wouldn’t really choose either, even if InMotion is a touch better than Arvixe… I’d simply make the jump to Liquidweb Shared Hosting which is only a few bucks more, and they have the best quality in the industry as far as shared hosting goes, and definitely do not oversell their servers.

I’d go with Bluehost every time now that I’m seeing all these negative reviews and complaints on the Arvixe corporate facebook page.  They’re trying to suppress them, but the sheer amount of Arvixe customers complaining every day is a huge red flag.  Maybe a little corporate sabotage going on as well?  Sure it happens all the time, but some of the forums I frequent have also had bad reports from reputable members which it not good.  No other beginner host will be able to touch Bluehost’s phone support… I know I keep saying it, but it’s that good! Of allt he hosts I’ve tried over the last 8 years, Bluehost is still the best blog host for beginners. (Best Bluehost coupon – $3.40/mo with a free domain with 12 months of hosting)

The rest of the comparison companies, I wouldn’t choose either one from the list. I’ve either had a bad experience with these hosts, or they simply don’t make the cut anymore because there are better providers out there.

Dreamhost is on my list of hosts to test out again, but Bluehost’s phone support is so good I haven’t had an upset that would warrant me doing so. I keep putting it off, but would pick Dreamhost over Arvixe if I had to right now.

I’ve has terrible experiences at Ipage. Slow, weird control panel, hard to migrate away from. I’ve been forced to use them a couple of times when working on client sites, and would not choose them for any of my own projects, therefore I cannot and would not recommend them to friends or family.  I wouldn’t pick Arvixe over Ipage either though, I’d go with Bluehost or Liquidweb.

Namecheap was horrible for me hosting wise. I still probably have over 100 domains registered there, and they are a good domain registrar, but I won’t use them for web hosting again. Slow load times and their interface is getting increasingly harder to use with every generation of release, they are a no go for me anymore. Neither one here. 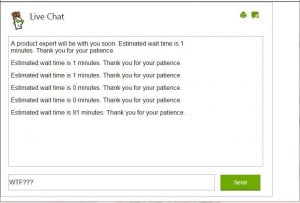 Neither. Godaddy is horrible for hosting! No backups unless you pay for them (even if they lose your data on their own!!!), control panel sucks, and it’s slow slow slow. I know some people have said their newer wordpress hosting and whatnot has gotten a lot better, but when I call them for domain support or open a live chat, the wait time is way too long. When I call Bluehost like I did yesterday for a problem, I’ve got an awesome support tech on the phone in less than 2 minutes.

Apples to oranges here, I don’t even know why these companies keep making it into the comparison questions. Wix is good for a small business wanting to use a drag and drop editor, but lacks some of the other functionality that I would want down the road. Personally I would pick the website builder that comes with Bluehost accounts for free over either of these. I know it sounds like I’m a Bluehost fan boy now, that’s because I am becoming one after they keep winning me over!

Oh my, for the love of god whatever you do, stay away from 1 And 1. I have friends that have been hosting and registering domain names from there for YEARS, but let me tell you… I have only used them twice, and will NEVER go back. Absolutely terrible cancellation policy. Stay away.

Digital Ocean every time! I actually like Digital Ocean’s hosting plans, but they’ll be too much of a pain in the ass for a beginner to set up. Unless you want to manage the hosting account yourself, I wouldn’t recommend DO for you in this case. They’re great for developers, but hard to operate for beginners. Awesome service though!

Arvixe VS A Small Orange Hosting

Eeeek. A Small Orange (ASO) sells “cloud hosting” services with monitoring, yet last year when I had 50 or so sites hosted there, they were down for almost two weeks before someone alerted me to it. After contacting support, they couldn’t tell me what happened after looking through the log files, and simply restarted all services like it was business as usual. There’s no telling how much money that downtime cost me, but needless to say I will never use them again.

Blah. Both of these are kind of the same, with Hostmonster being on the lower end of the spectrum in my opinion. I’ve been forced to use Hostmonster in the past for client work, and it was not pleasant I can tell you that. Very slow, heavily modded control panel that looks nothing like an industry standard panel, and just overall way oversold hardware. I wouldn’t use Host Monster for my own sites for fear he might actually eat my websites. (lol – literally, as in lose my data or load it so slow it will theoretically be “gone”)

I think Media Temple’s hosting service is above average, but their DNS setup can be rather confusing to use if you’re not familiar with it. I didn’t really care for the interface at all, and the price was on par with what you can get in the LiquidWeb cloud. That said, they have some decent budget plans, but wouldn’t be at the top of my quick picks list.

Again, not sure why this is in here… This is like comparing a Ferrari to a Corolla. Rackspace had awesome service, but you’re going to pay for it. Expensive but good, and not even in the same stratosphere as Arvixe.

Which Is The Best Host To Move To If You’re Trying To Transfer Away From Arvixe?

Beginners, go with Bluehost. (40% discount through my link here)