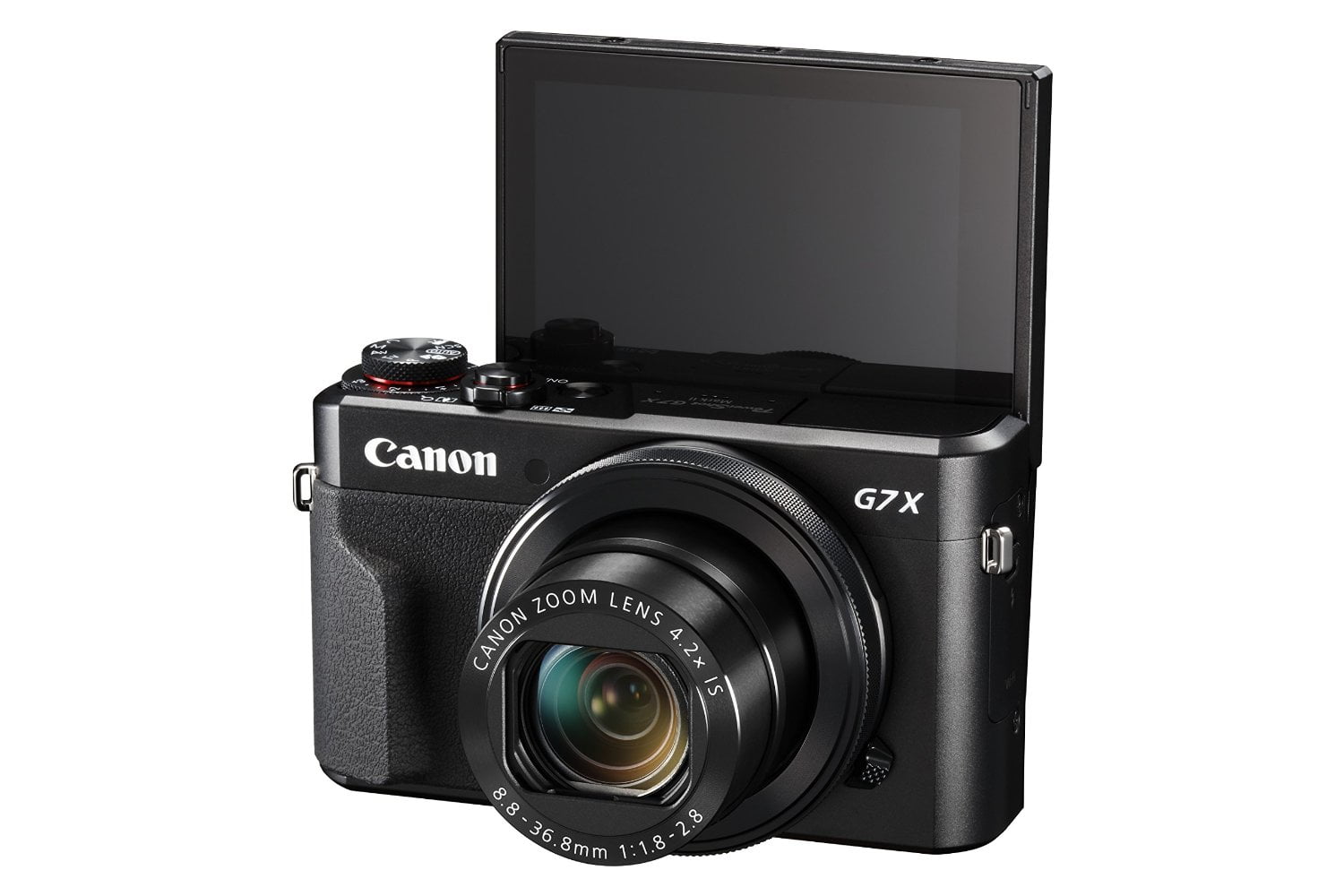 It’s no secret that most of the top Youtube vloggers all recommend Canon cameras as the go-to brand of choice when it comes to daily vlogging. You have popular Youtubers like Casey Neistat that never leaves the house without his Canon G7X, even though most of the high end edits are done on a DSLR.Below you will find the best Canon camera models recommended by all the top YouTube Vloggers. From small compact point and shoots, to large studio quality DSLR’s for studio quality shooting, rest assured there’s a Canon model below that fits your budget and vlogging needs. 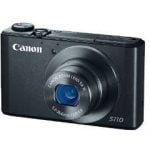 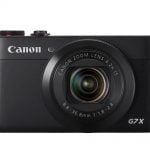 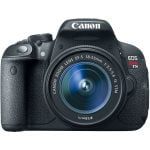 What Makes A Good Vlogging Camera?

The best vlogging cameras are the models that have the best blend of the above features. How you plan to use your camera for daily vlogging videos makes a huge difference as well… For instance, if you’re planning on going on walks through the park each day to shoot your YouTube videos, you’ll more than likely want a small point and shoot that’s easier to carry, and maybe a selfie stick or some type of hand mount for easy shooting. Image stabilization is going to be a must for you, since you’ll me walking or moving around constantly. Wifi transfers to your phone may or may not be that big of a deal for you, depending if you use Instagram or Pinterest a lot. (the pictures from your digital camera are WAY better quality than from your smartphone usually) You’ll definitely want 1080p video or higher, along with auto focus, since the beautiful scenery in your backdrops will be awesome looking and much more clear. The flip out screen is going to be really important for you in the beginning, since you’ll need to get used to how to position the camera so you’re in the frame all the time. The viewfinder will easily let you know what the shots look like at a quick glance.

On the contrary, if you’re planning to do most of your vlog video shoots indoors, or in a DIY studio you’re putting together, then things change. The flip out screen isn’t as big of a deal, since you’ll most likely have everything set up on a tripod and it’ll remain stationary. Before you start shooting, you can easily do a frame check, and make sure everything is lined up correctly, and your seated or standing position is centered up. Size and image stabilization aren’t as critical here, but auto focus and 1080p or higher definitely are! Even with the right camera lighting, auto focus makes things much easier when you move your head of body around while talking. You can see my t3i demo video without it and how awkward it is to set up alone.

Regardless of which type of vlog videos you intend to make, a set of these cheap photography lights is the #1 thing you can do to improve the quality of your videos, no matter which camera you buy. (I use these exact lights myself!) 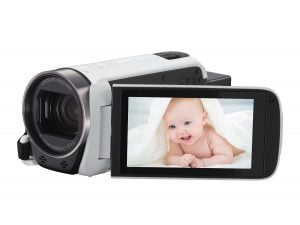 The Canon Vixia is a mid sized camcorder, so not quite as small as a point and shoot, but the overall specs you get for the money make it a great vlogging camera. With 1080p at 60fps, it’ll be more clear than a lot of the point and shoots during movement, except for models like the G7X that have more advanced image stabilization and auto focus. Great buy for an entry level vlogger! 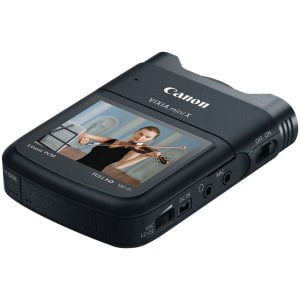 For a tiny ultra portable vlogging camera, the Canon VIXI Mini X is in a class of it’s own except the the GoPro action cams. It shares the unique fish lens, and captures full HD video at 30p. Camera shake is minimized by onboard image stabilization, and it has special scene mode call “In The Car.” 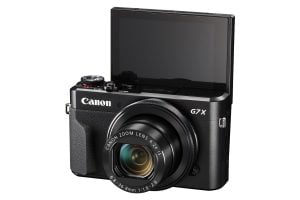 The Canon G7x has been by far the most popular and best rated vlogging camera on the market by all the top YouTubers and daily vloggers in the industry. With the release of the Mark II, it’s only gotten that much better. For a compact point and shoot that shoots RAW 1080P, AND has a flip screen, there’s hardly any camera on the market today that matches what the new G7x can do. Sure there are comparable models by Nikon, Samsung, and Panasonic, but for the die hard vlogging there’s a reason why this is the go-to camera for the top youtubers. 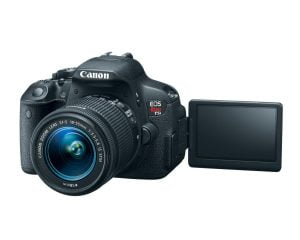 For the vlogger that wants to start off with a bang, there is simply no comparison to the quality you’ll get with a DSLR. The video quality in low light won’t be beat by a point and shoot, and the image stabilization and auto focus is WAY better. The focus tracking lets you easily lock on to objects in the viewfinder, for continuous in focus shots whether you’re stationary or moving around. For the money, the T5i is the highest quality vlogging camera you can buy. You won’t be able to fit this in your pocket or purse however, so if portability is important to you, the G7x above is the next best thing.

Best Canon Point And Shoot Camera With A Flip Screen

Hands down, the G7X Mark II is the best Canon point and shoot camera for vlogging on the market today. It’s amazing that you can get DSLR quality video out of a small compact point and shoot. The only caveat is that this camera weighs a bit more than your traditional Canon Powershot, so walking around with it your shorts pocket may not be quite as comfortable for theme park days and whatnot. Overall, this camera is amazing, and if I were to buy a new vlogging camera today, this is the one I’d buy. (keep in mind you might still want a set of camera lights to get the most out of this camera… See my vlogging camera review video here) 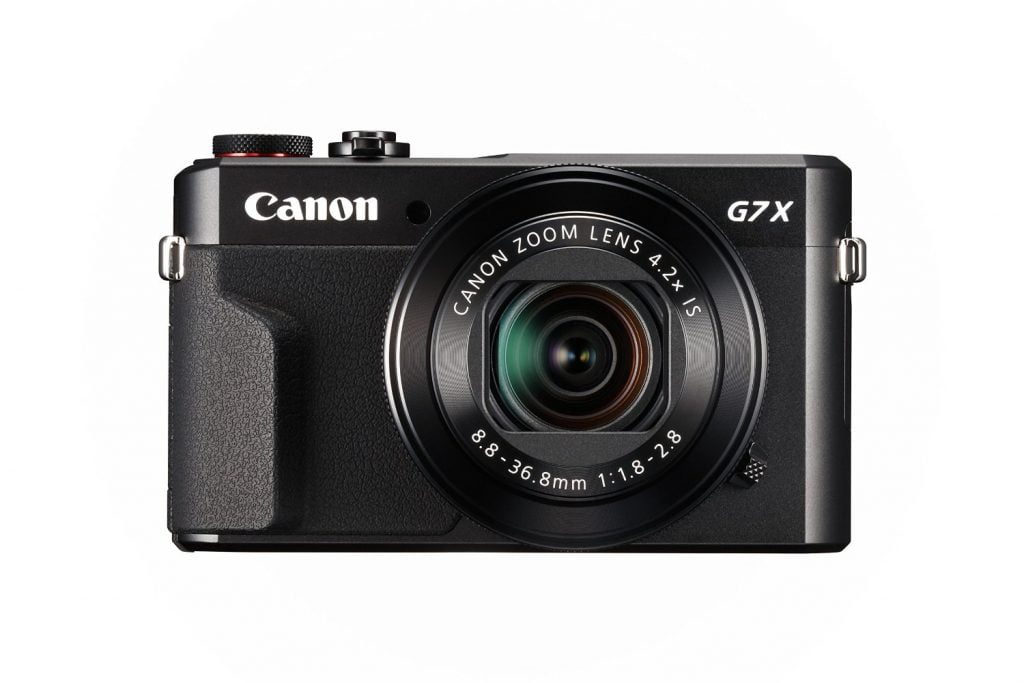 There are many models of Canon cameras that cost just under $100 – $200 dollars, and are perfect for beginner vloggers just getting started. As you make more Youtube revenue, it’s easy to upgrade, and you always have a backup camera for second angle shots when you get more advanced. Click here for the top 10 vlogging cameras, and here for which cameras popular youtubers use. 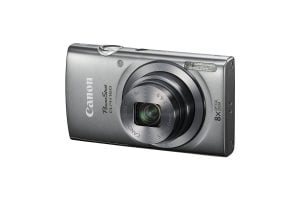 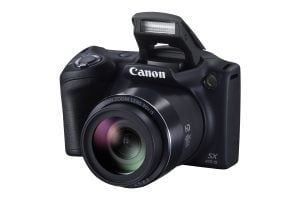 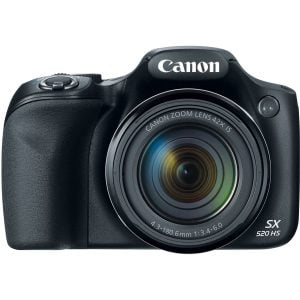 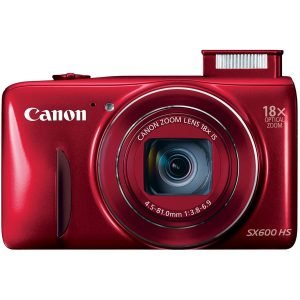 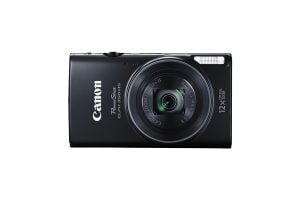 Some reports of shadows when using the built in flash, but if you’re setting up your shoots and using the lights I talk about all the time, this won’t be an issue. 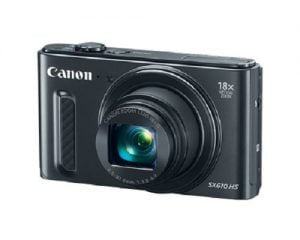 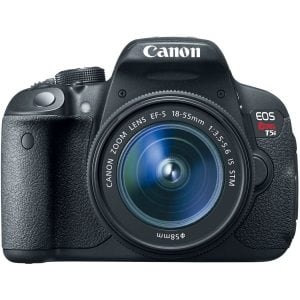 The t5i is the best dslr for vlogging beginners, complete with a flip out viewfinder screen, and touchscreen auto focus. You can easily lock on to one particular spot in your frame, and the auto focus will maintain clarity during movement with no additional input required on your part. In low light situations, the t5i is superior to the point and shoot style of the G7x. The ability to purchase additional lenses and customize the width for your studio is extremely beneficial as you get better at producing videos. For around $600 dollars, the Canon t5i is many popular bloggers #1 choice for shooting indoor daily vlogs. 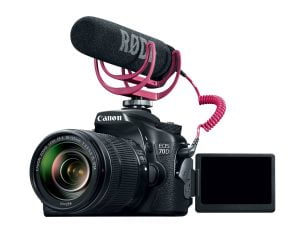 If you’re looking for the best in class DSLR for video vlogging, this 70D Creator’s Kit indlcudes everything you need for top notch audio and video. The only thing you’d need ot buy outside of what’s already included with this camera, is a set of soft-box photography lights. The Canon EOS 70D video creators kit comes complete with an 18 that 135 millimeter lens, rode videomic, a SanDisk 32 gigabyte SD card class 10 rated, and is Wi-Fi enabled for easy delivery and transfer of your media. This camera produces good quality jpegs across the wide ISO range, and the built-in autofocus with image stabilization Works excellent for beginners and novices alike. Low-light shooting will be much improved compared to the little brothers Canon T5i and Canon g7x. the audio quality of the externally mounted rode mic is light-years ahead of the built-in mics in the other Canon chassis.

The 2 Best Canon Cameras For Vlogging And Daily Youtube Videos 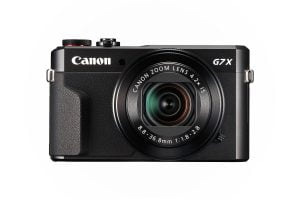 The Canon G7X Mark II is an improved version of the highly acclaimed G7X… the model of camera most recommended by popular youtubers such as, Casey Neistat.

If this is over your budget, and you just want a cheap vlogging camera that shoots 1080p and is Wifi Enabled, this is the best deal you’ll find: ELPH 190 IS. It only shoots 720p instead of 1080, so that might be a deal breaker for some vloggers. But it does have image stabilization, and is better quality than most start out with doing daily vlogs or youtube channels. Personally I’d spend an extra couple bucks and get one of the 1080p models, because the difference between 720 and 1080 is noticeable for me.

I’m constantly torn on whether or not to switch to a dslr from a point and shoot/iphone videos. The improvement in performance in low light is astounding, and the lens selection allows me to setup my studio at different angles at the correct distance without using any zoom functionality.

Dollar for dollar, this is a tough call between the G7X, as it is much more portable, but lacks the pro level options you get with a DSLR. A big drawback for me, is the fact that the G7X does NOT have an external mic input, and for around the same money, I can have everything I want with the t5i aside from size and portability. If you want a vlogging camera you won’t outgrow for a very long time, the Canon T5i is it!