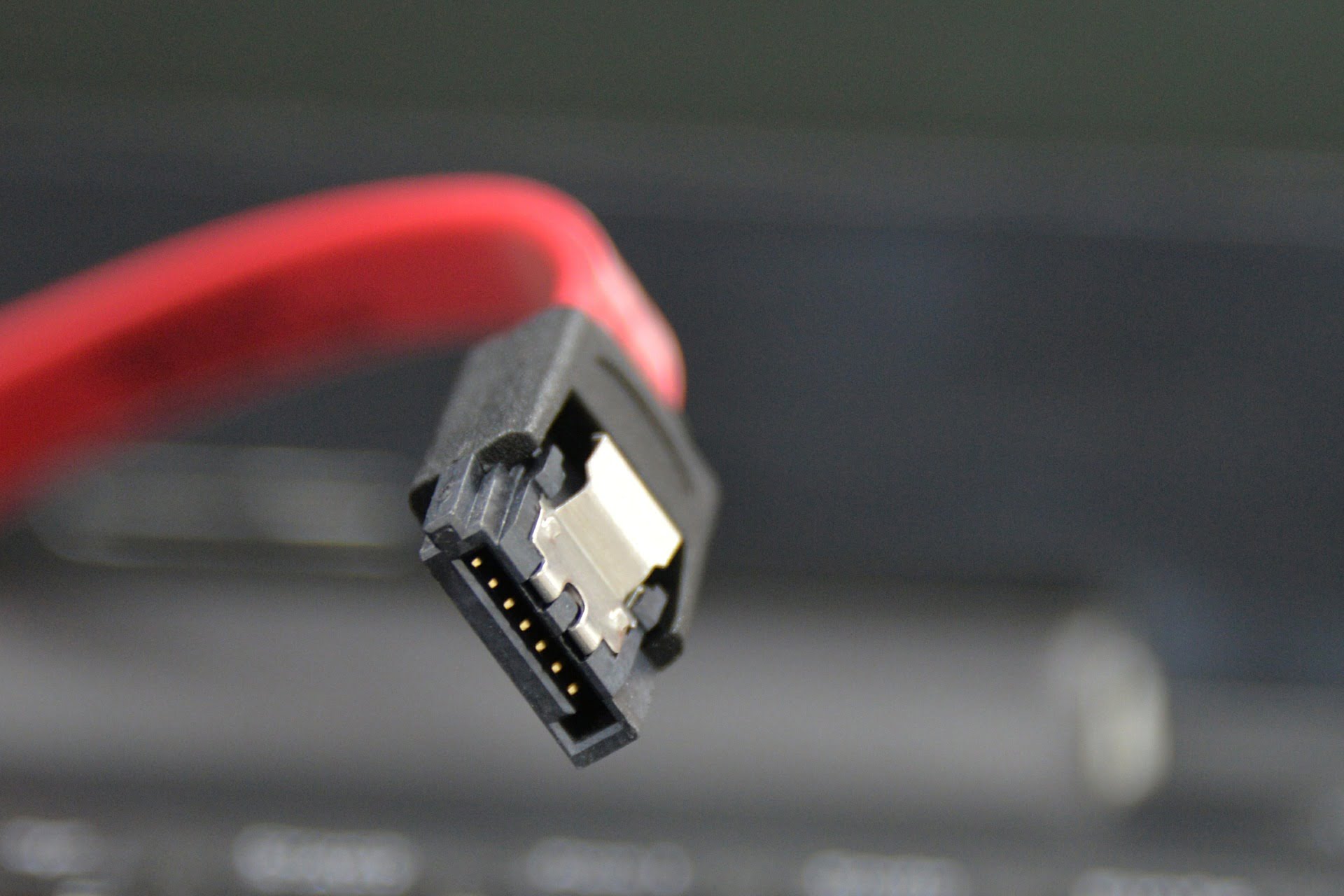 Voice over Internet Protocol is playing an important role in progressing the way we communicate. By enabling calling through a broadband internet connection in place of a phone line, VoIP is slowly becoming the preferred choice of communication for many individuals and entities. While Skype and Viber are some of the popular names that come to mind when one talks about placing a call over the internet, the VoIP industry is much more complex and diverse. Large businesses have already used VoIP effectively and smaller businesses are lining up to integrate VoIP with their internal communication channels to cut down on costs as well. Gauging by the reception it has received from all quarters of the society, one thing is abundantly clear: VoIP is here to stay, and is only going to grow more important with time.

Let us try to understand some basic concepts related to this new, affordable and simple technology that is pegged to change the way we interact with each other.

Get Your Business Phone Service Quote

What Is a VoIP Phone?

A Voice over Internet Protocol (VoIP) phone uses the internet to make and receive calls over the conventional public switched telephone network (PSTN). Ever since its inception, the technology has been gaining rapid popularity owing to its nearly-free price and consistent improvement. A VoIP phone converts and transfers the analog voice call into small packets of data like any other information over the internet. While you can use a landline or cell phone with the appropriate software to make the said calls, direct computer-to-computer calling is also possible with VoIP.

VoIP, also called IP telephone or internet calling has quickly risen as a viable and more efficient alternative of making calls at a considerably lower late. The technology has forced telecom carriers all over the world to rethink the services they provide and change the models they operate on. It can be considered a revolutionary milestone in the telecoms and communications industry as VoIP flips some fundamental and age-old principles of telephone calling and gives spectacular results as well.

VoIP phones are increasingly being used, not only by businesses to cut costs, but also by individuals to elevate the calling experience as well. Organizations (like JustCall) that offer VoIP services have been witnessing dizzying growth in their businesses over the past few years, which can be explained by the massive movements towards the adoption of VoIP phone systems owing to cost-effectiveness and improving quality. Rest assured, VoIP phone systems are well on their way to become a commonplace feature at offices, schools, hospitals, institutes and homes very soon.

There are multiple ways in which you can use VoIP technology. The following are three major types of VoIP phone system setups that can be used to place calls through the internet at negligible prices:

An ATA helps a regular landline telephone to use the internet for making calls. The device can be looked at as a ‘converter’ which converts the analog signals to digital ones in order to facilitate a transmission through the internet. ATAs are readily available in the market and are extremely easy to set up and use. The only thing you need to do is plug the phone into the ATA and plug the ATA into your internet socket. Although some ATAs might need additional and specialized software, the same can be installed without any hassles as well. 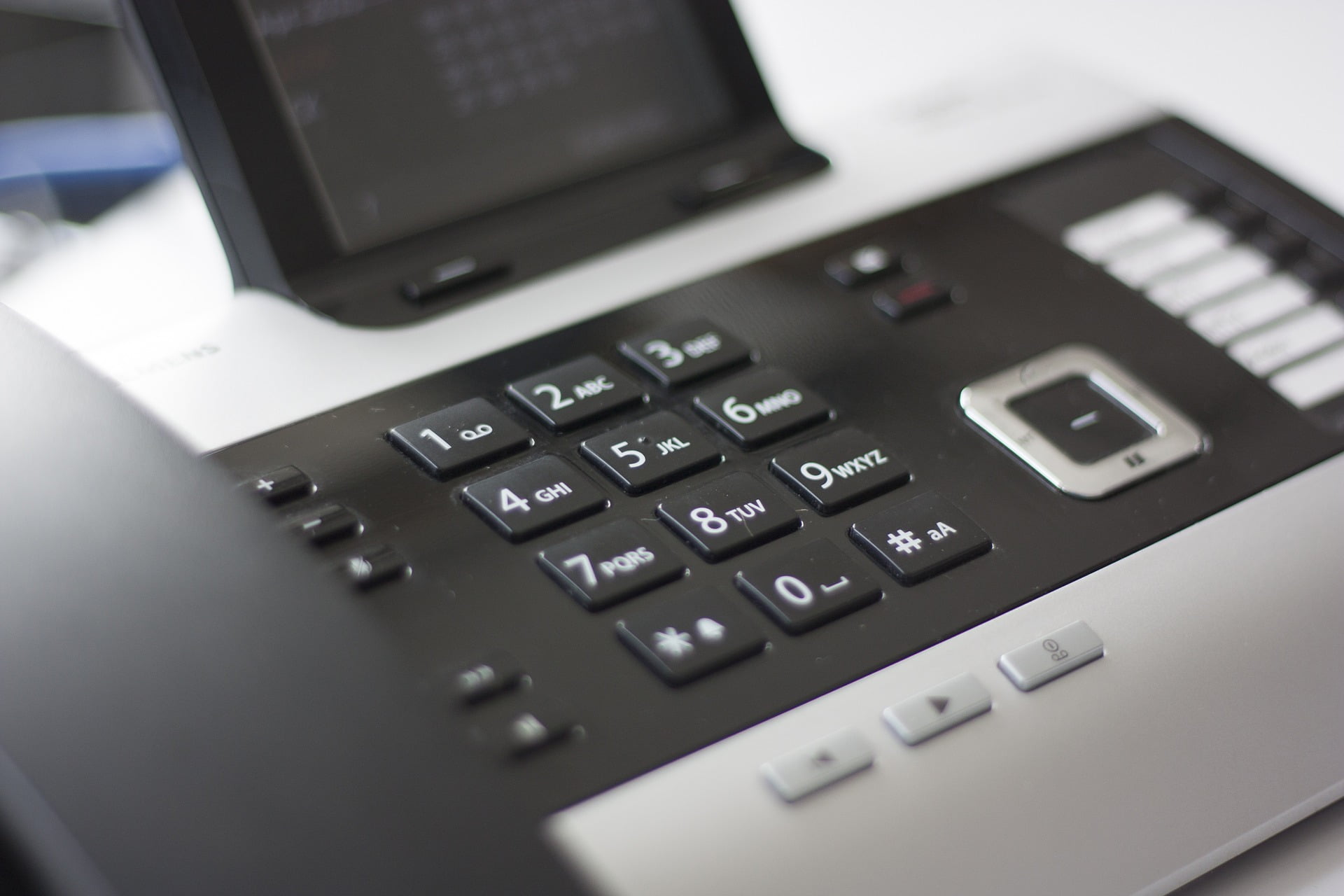 IP phones might seem like regular phones on the surface, but encompass all the hardware and software that is needed to make VoIP calls. The ATA and other critical components that allow for such calls to be made are in-built in IP phones and all you need to do is connect them to your router through the Ethernet connector. Today, IP phones work just as well on Wi-Fi as well. IP phones allow for greater functionality and features and are ideal for intercom extensions to different locations. 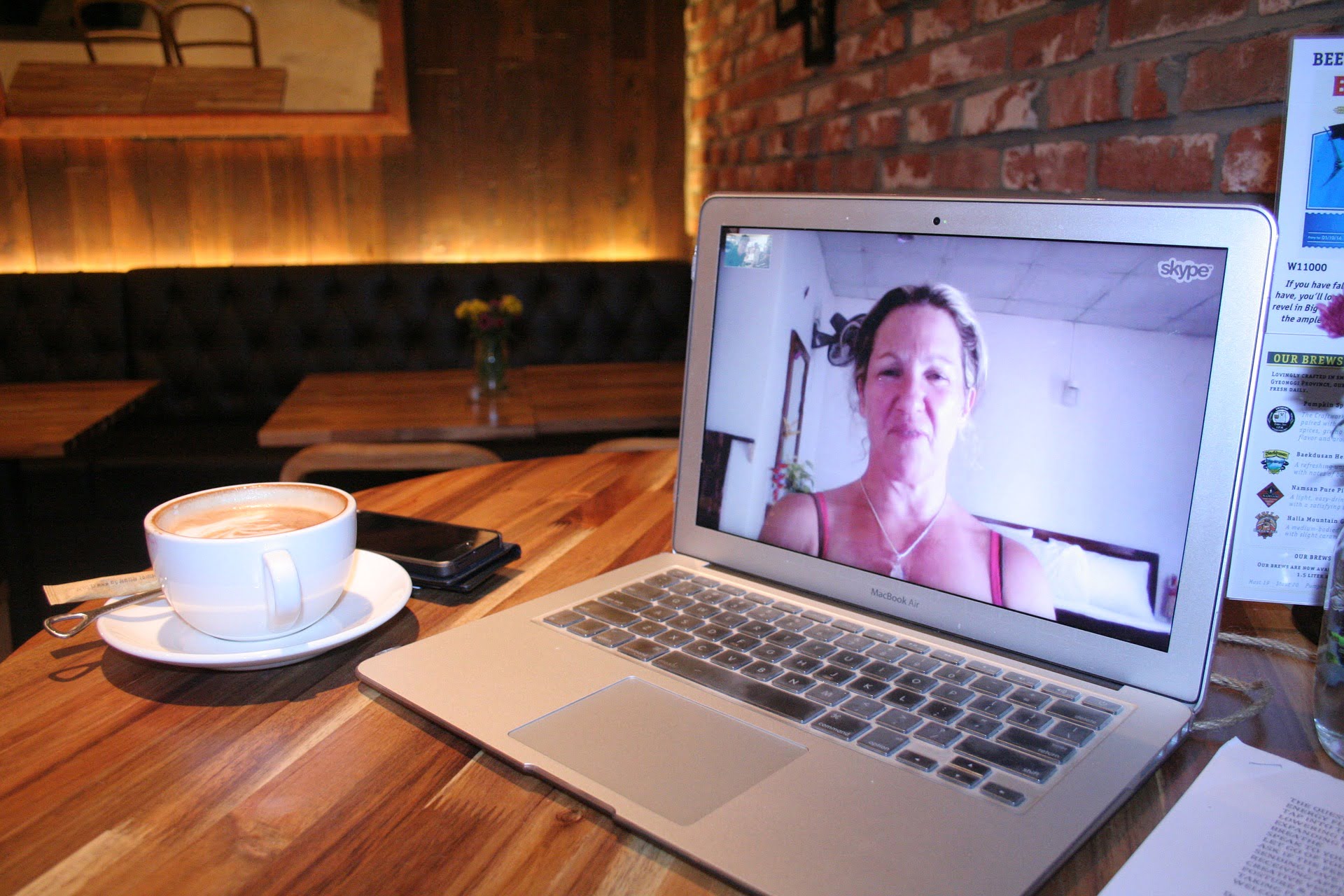 This method of calling requires computers at both ends to have a VoIP software (readily available for free over the internet), a microphone, speakers, a sound card and an internet connection. There are no extra charges for placing calls (regardless of their location or duration) in this method and the only cost you incur is the regular monthly fee for your internet service provider (ISP). However, this type of call is mostly possible between individuals (or points) which have the same VoIP software.

What Are the Benefits of a VoIP Phone?

There has been a consistently increasing adoption of VoIP services and technology all over the world in the last few years. In addition to big and popular names, several small players are also doing brisk business on the back of many benefits that VoIP brings along. Let’s look at some of them: 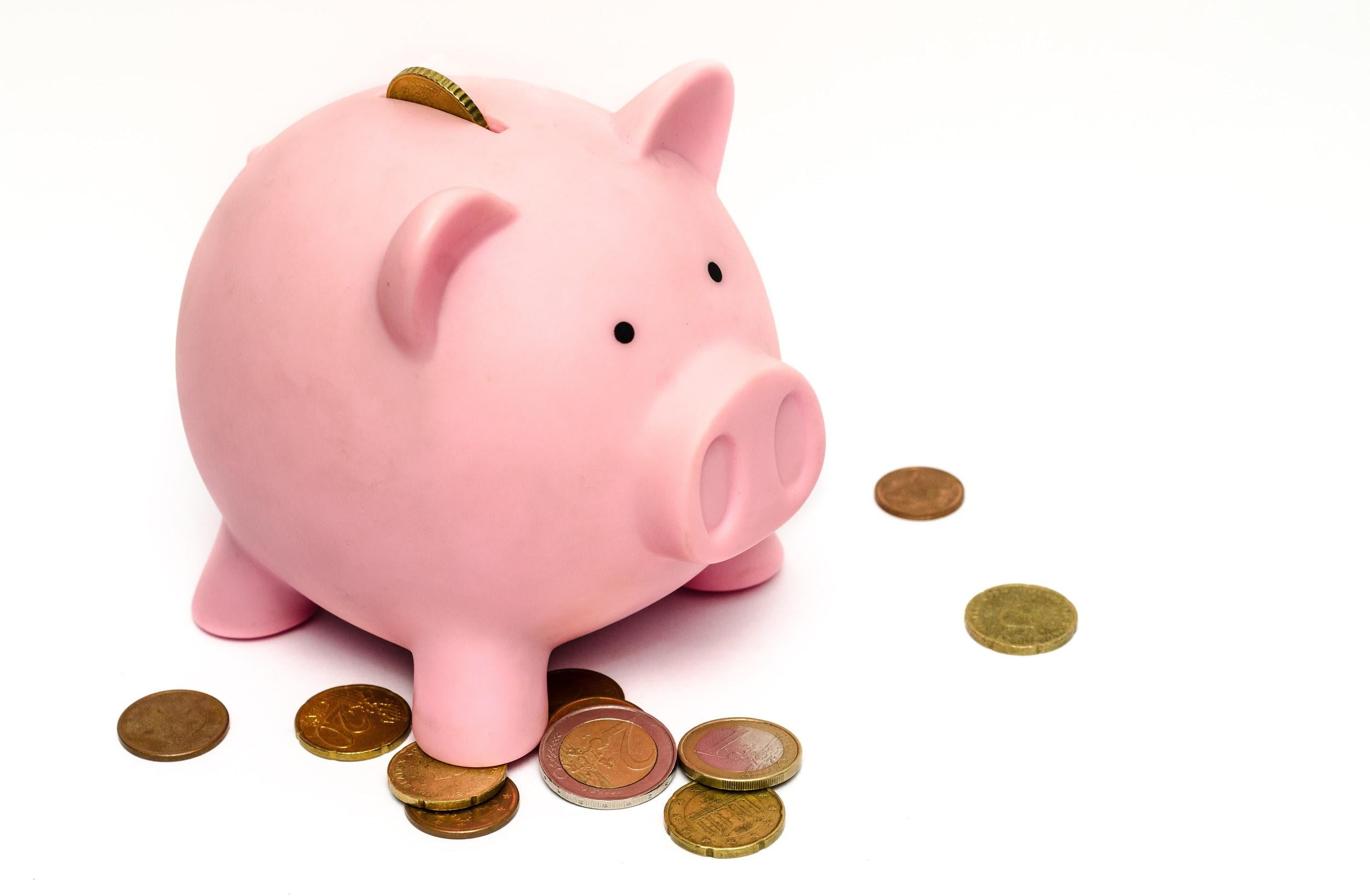 Placing calls, especially long-distance calls, can burn a hole in anyone’s pocket. Therefore, naturally, the biggest reason why individuals and businesses are increasingly using VoIP calling is its low cost. Setting up and usage incurs minimal costs and there are hardly any recurring or maintenance expenditures to be undertaken. What’s more, businesses are finding it easier to hold conferences and meetings online and thus saving time and resources on traveling. Furthermore, since VoIP allows you to make several phone calls on your IP network, adding new phone lines is a simple and easy process. 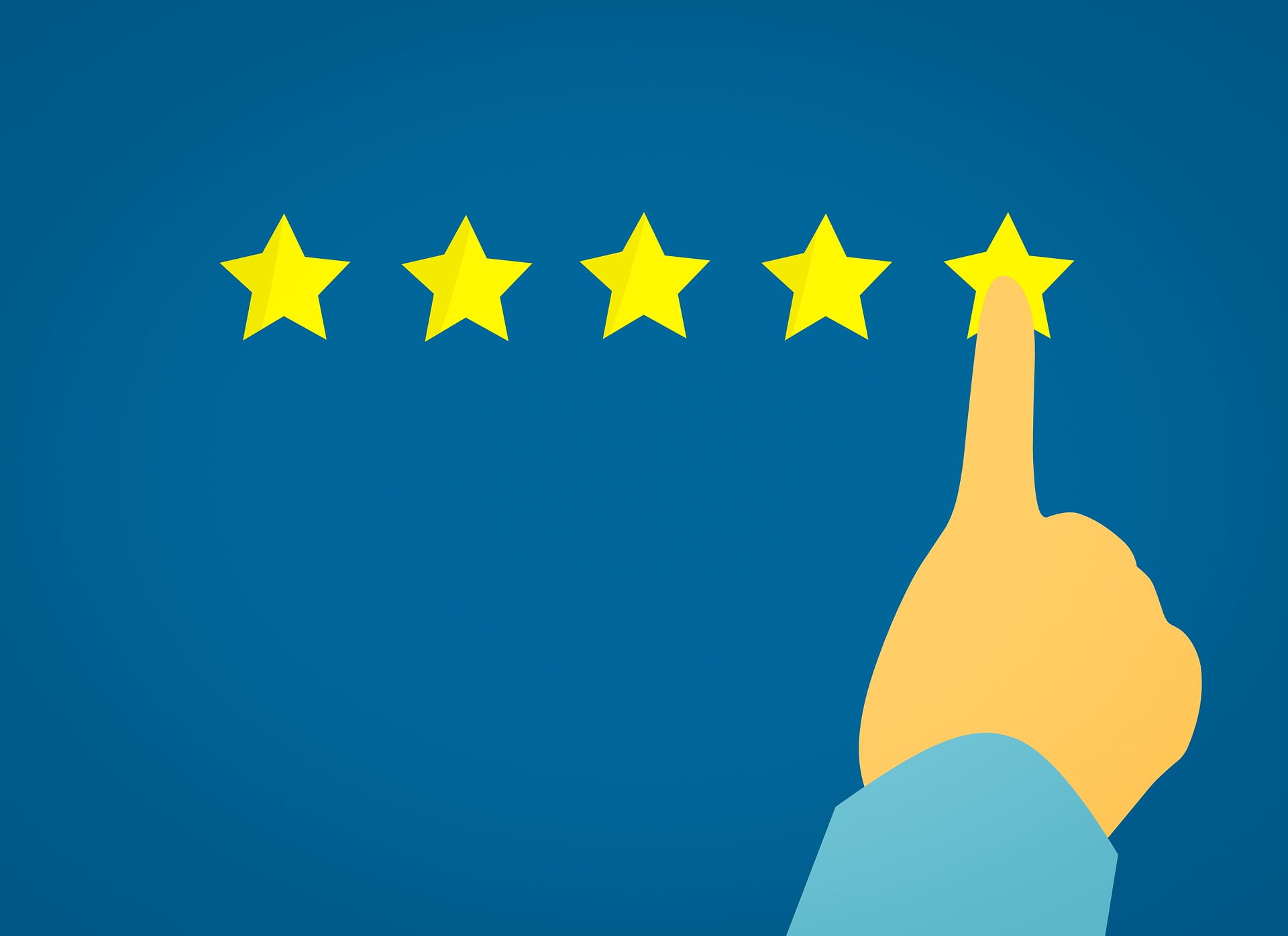 In addition to being cheap, VoIP calling also has several features that elevate the calling experience. In addition to features like caller ID information, call hold, call transfer, call conference, call blocking and encrypted communications, VoIP also offers high quality and easy-to-use video conferencing tools. This is a major draw for not only individuals connecting with friends and family at different locations, but also businesses and organizations that are looking towards increasing collaboration. 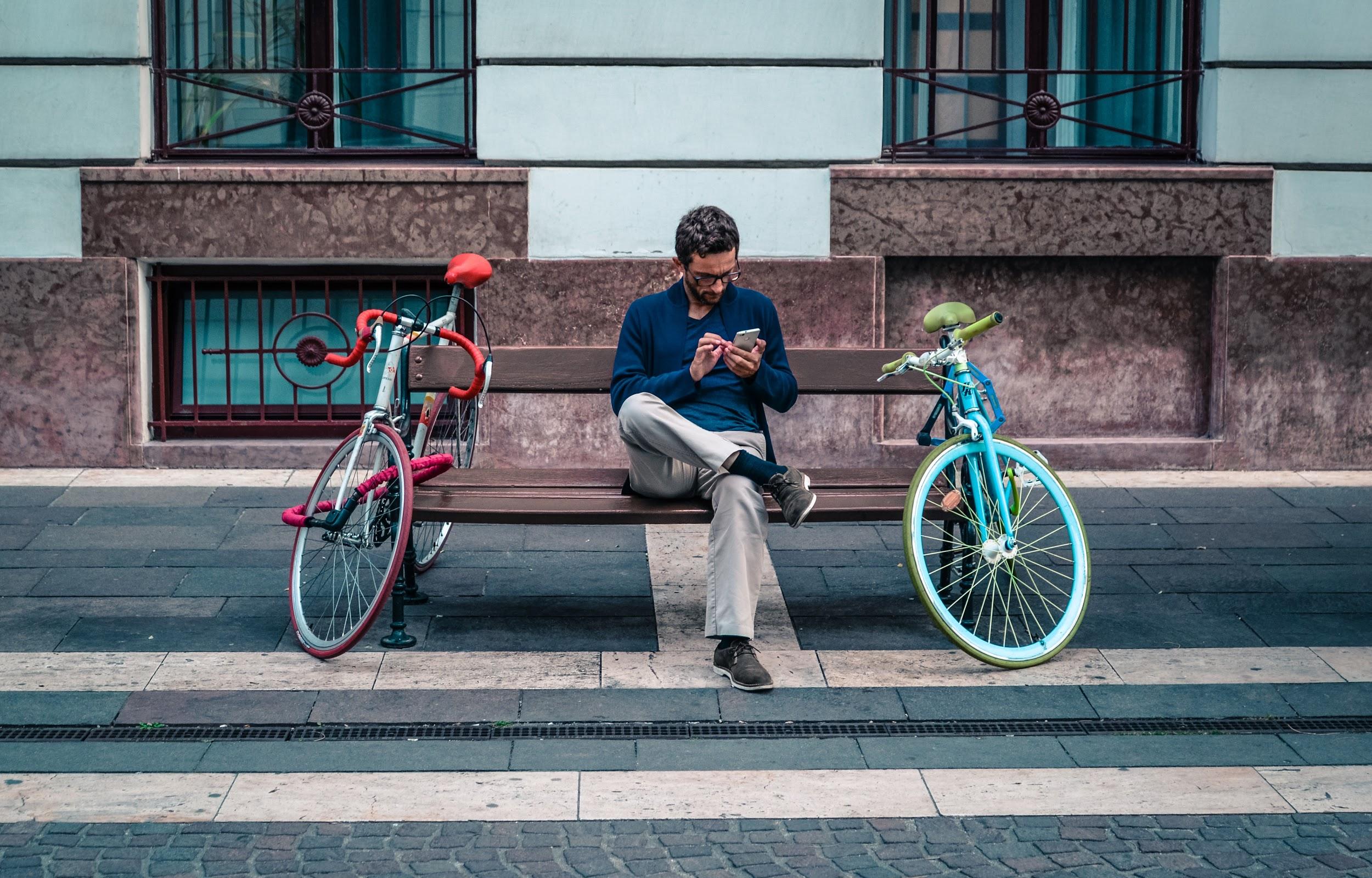 A VoIP phone essentially carries all of your phone’s features, information, settings and contacts wherever you go. As long as you have a reliable internet connection, it doesn’t matter if you are using it from your home, while traveling or from your office - your VoIP phone will continue to work without any change. In other words, you can manage your work from anywhere and any device, as long as you have internet. 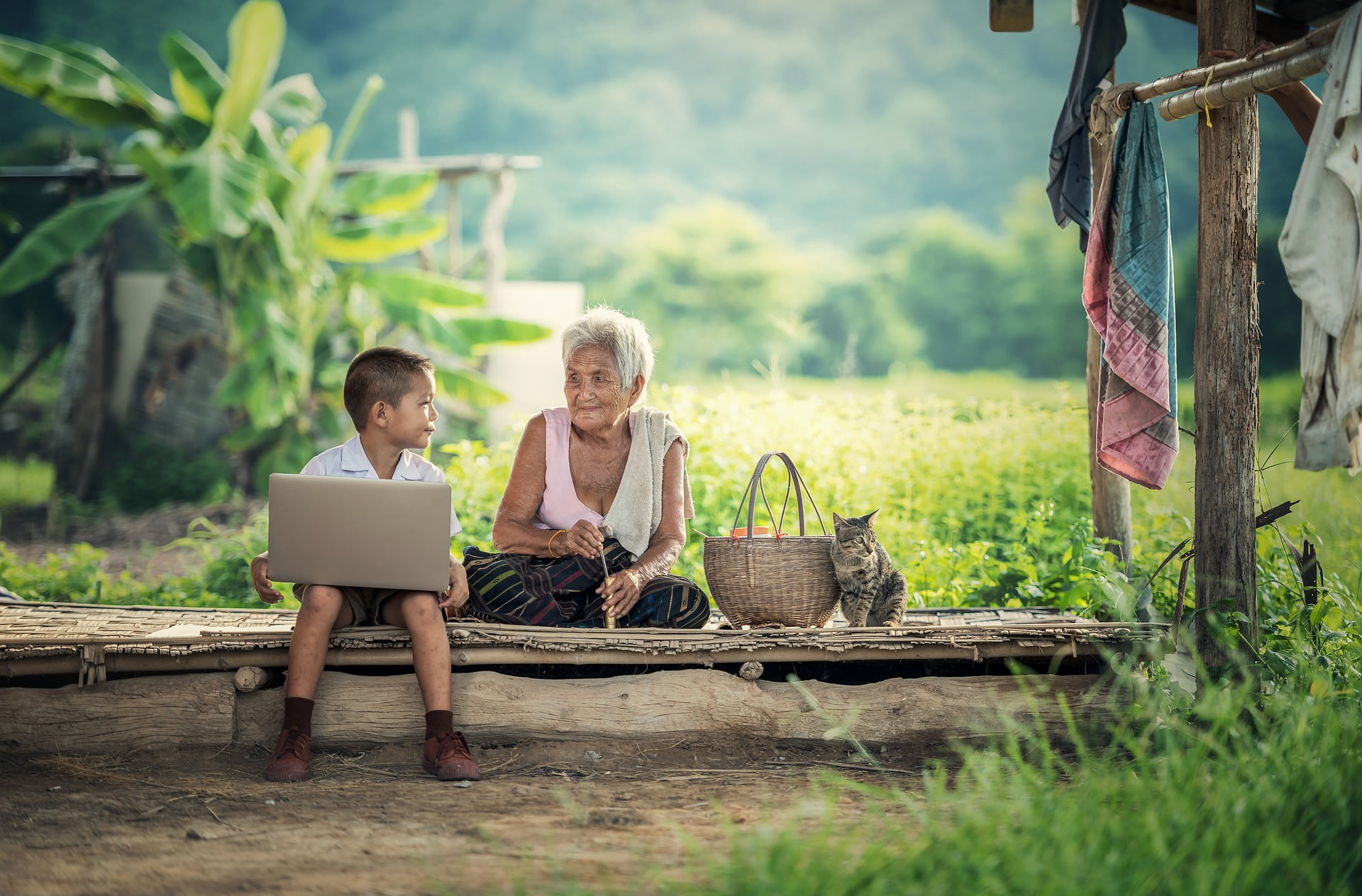 Despite being a radically new technology in the communications field, the interface for the end user is familiar and simple. Operating devices which can hold VoIP calls is easy and so is using the extra features they offer. Additionally, new-age VoIP calling features are not restricted to audio; voice calls, video calls, instant messaging, voicemail to email, chat, and so many more features are offered by VoIP services today.

You can learn about the many more advantages of VoIP here.

How Does a VoIP Phone Work?

Now that we have established the types, usage, and benefits of a VoIP phone, let’s take a look at the technology at play behind the same. Simply put, VoIP technology converts voice into small data packets and transfers them over an internet network to be reassembled and converted back into a form that is audible by humans. 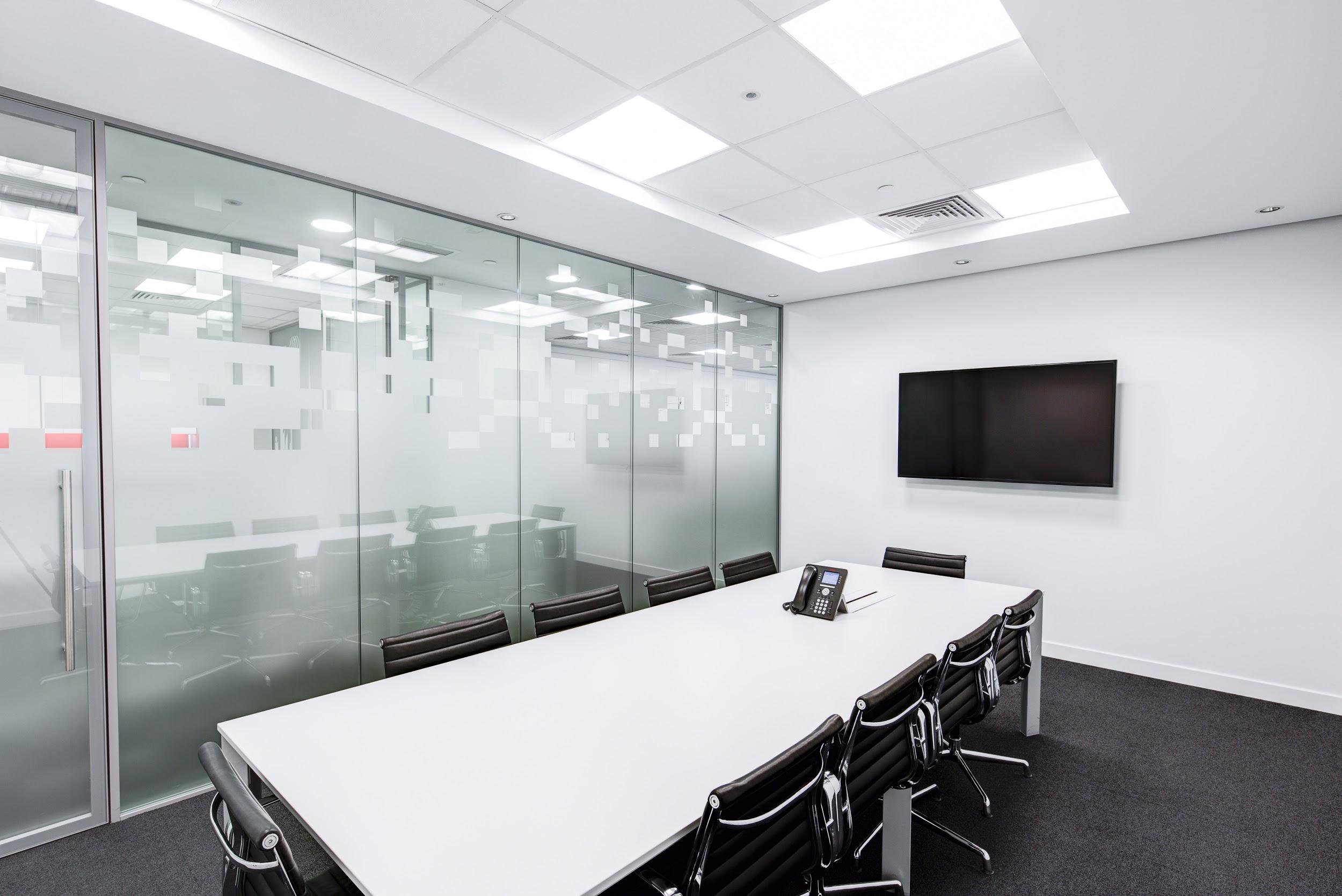 In order to hold a VoIP call over the internet, one needs a broadband connection and a VoIP enabled phone or a traditional phone used via an ATA or a computer with a suitable VoIP software installed. Every single device on the VoIP network is identified by a unique IP address, which is used to connect different VoIP endpoints. On the initiation of a VoIP call, the signal to connect to the IP address is passed on to a ‘soft switch’ which locates the endpoint and establishes a connection to initiate communication.

VoIP uses a radically different mechanism from a traditional telephone to establish calls. Here’s how it works:

VoIP uses the packet switching technology, which is much more efficient. Instead of leaving an ‘open’ circuit for the entire duration of the conversation, it optimizes the connection by sending digital packets of information only when audio or sound is created on either side of the points. This improves the overall speed and efficiency, as data is sent and received only when needed. Furthermore, there is no one dedicated pathway as the voice packets can take any possible path to reach their destination. In other words, VoIP uses the packet switching mechanism to ensure brief spurts of connections to ensure data packets are transferred from one caller to another. By easing the congestion and freeing up the device, VoIP makes the communication process effective and economical (through low data usage and consumption).

It is important to note that the internet was not created to allow technologies like VoIP to facilitate real-time communication, and as a result, multiple protocols have been implemented and optimized in order to achieve the same. Protocols are used to define standards that determine how devices and computer points connect to each other using VoIP. H.323 and SIP are two of the most popular protocols used today, but they have different usage. While H.323 was initially created for video conferencing (but later used for VoIP calls), SIP was designed with the purpose of facilitating real-time voice calls through the internet.

Why Should You Consider Using a VoIP Phone?

If you are an individual looking to make cheap and easy calls to anywhere in the world and enjoy a host of benefits and features alongside, setting up a VoIP phone system or installing a VoIP software in your computer is the way to go. VoIP is a flexible, simple, and efficient way to ensure real-time communication with anyone in the world using a variety of features like voice, video, text or a combination of these.

Over the past few years, small businesses have really made the most of VoIP technology and have increased productivity, efficiency and therefore, savings. By offering a unified communications solution, VoIP has improved collaboration and coordination between different locations of a business or organization tremendously. VoIP is also being used effectively to better employee engagement and collaboration as well. 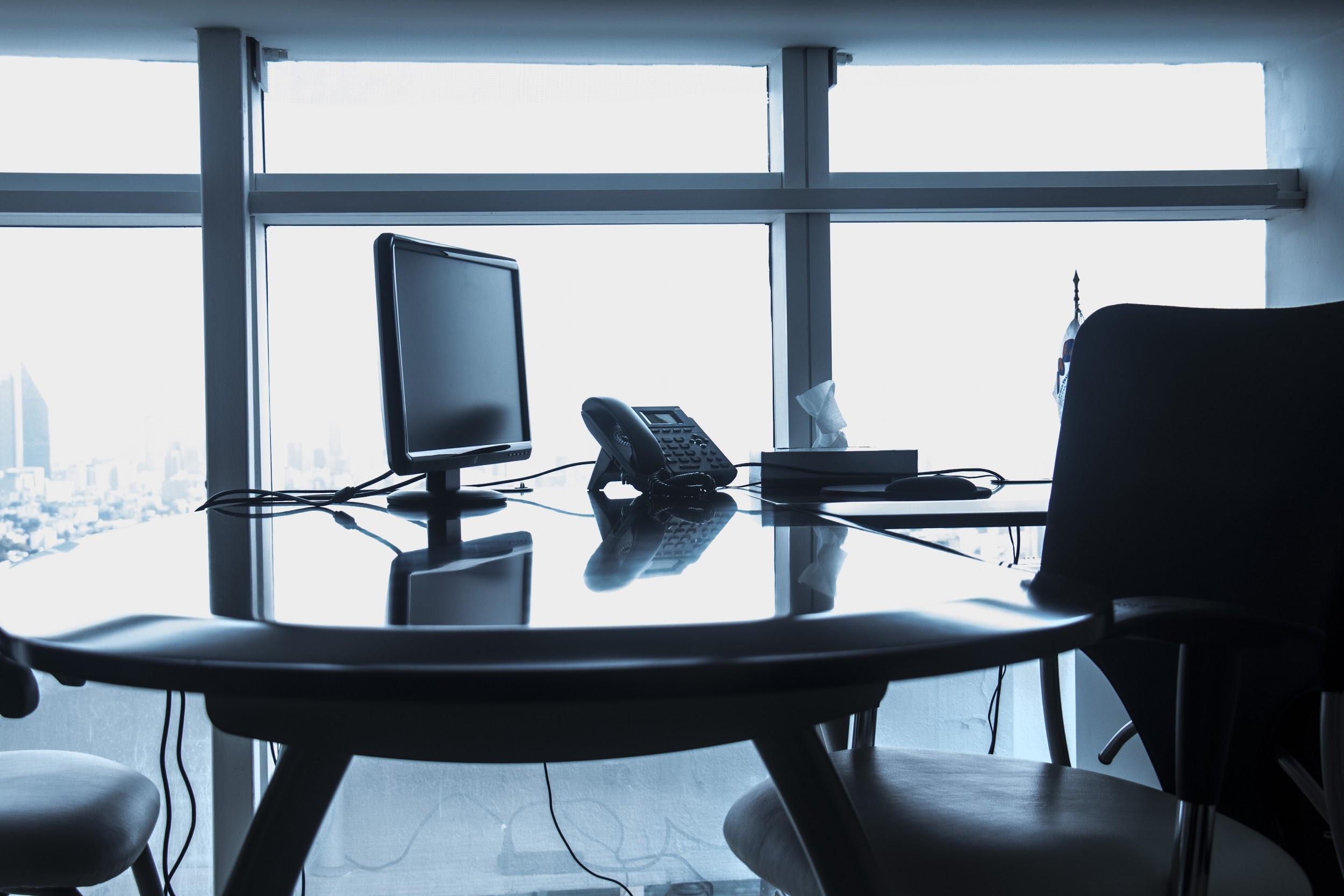 Despite the many advantages on offer, VoIP has certain drawbacks as well. You must be aware of the same before making a choice to use VoIP technology. Since the technology is still evolving, the quality of the call is not uniform, even if all other factors are kept constant. Although most VoIP softwares offer security and encryption, instances of identity theft, virus and malware infection, phishing attack and spamming are not unheard of. Technically, an internet connection is enough to carry a VoIP call, but in practice, one needs a speedy and reliable internet connection due to the high dependency of VoIP on bandwidth. Next, VoIP is also crucially dependent on power. Emergency calls (to numbers like 911) cannot be placed on VoIP as well.

VoIP is quickly becoming an indispensable part of our lives, and as more people are beginning to accept and use it, the technology is maturing to become more inclusive, reliable and secure. Probably the reason for such rapid adoption of VoIP is its openly accessible interface and tools, which means that it is a truly free and inclusive technology. The future of VoIP is extremely exciting and has the potential to completely overhaul how individuals and businesses communicate. The good old telephone has been written off several times, but VoIP might just be the technology that pushed it over the edge.