The human body needs a variety of metals in small doses like iron, zinc, copper and magnesium. These are obtained through various sources of food and supplements, forming a significant part of a balanced and healthy diet. But, there are some metals which are present in the body which cause a lot of harm, even if they are present in small quantities. These are classified as heavy metals, as their density is five times more than that of water. Mercury, arsenic and lead are among those heavy metals. Mercury is absorbed by the body through food, especially through fish. Earlier, dental amalgam or the filing used to fix cavities was also made of mercury but now safer materials are used to fill cavities. Children and unborn babies are especially vulnerable to mercury poisoning.

Mercury poisoning occurs when a person is in contact with the metal for an extended period of time. Overexposure to the metal directly affects the nervous system and manifests in different forms such as nervousness, anxiety, numbness, problems or gaps in memory, depression and even physical tremors. In the advanced stages, it can also lead to hearing and speech problems, muscle weakness, difficulty in walking and changes in vision. Permanent brain and kidney damage are also possible if mercury poisoning goes undiagnosed for a long time. 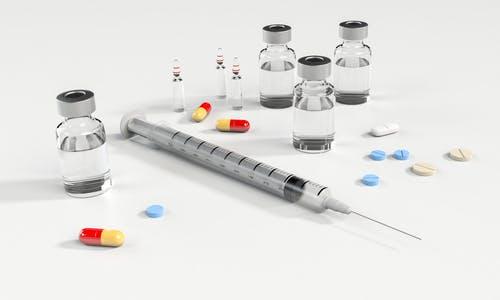 Detoxing is the only way to rid the body of the metal, which is diagnosed by a doctor by testing the blood, hair and urine for samples. Normal levels of mercury in the blood range from 0 to 9 nanograms per milliliter (ng/mL), 10 to 15 nanograms per milliliter (ng/mL) indicate mild exposure while anything over 50 ng/mL indicates severe exposure to the metal. The most common process of removal of these metals is through a process called synthetic chelation, which is a process wherein special drugs and supplements are released into the bloodstream which attract the metal particles to stick to them. Once the metal is stuck, it is then expelled from the body through regular excretion. However, there are dangers related to mercury detoxing through supplements like chelation therapy, if it is administered incorrectly.

What Is Chelation Therapy?

The body can be rid of toxic metals and chemicals through natural foods like ginger, onion, garlic, curry leaves, green tea, all of which have antioxidant properties which expel unwanted materials from the body. Another way to go about it, especially when there are higher concentrations of the chemical in the body, is through chelation therapy. Chelating agents like ethylenediaminetetraacetic acid (EDTA), dimercaptosuccinic acid and dimercaprol are injected into the body through an IV drip. They bind themselves to toxic agents in the body and they are removed from the body through the process of excretion. A chelating agent needs to be highly soluble in water, must be able to penetrate membranes of the cell and be able to latch onto the metal without becoming more toxic. 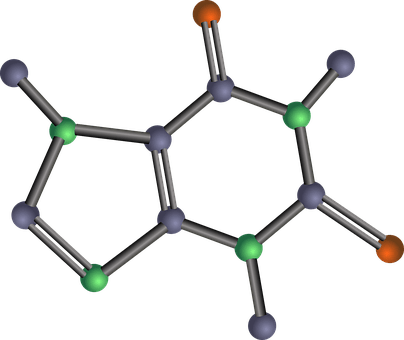 Chelation therapy is used to treat a number of diseases like Alzheimer’s, cardiovascular diseases, Wilson’s disease and even blood disorders like thalassemia. But, it targets metals and minerals in the body, which could lead to different diseases developing altogether.

Side Effects of Chelating Agents

The most common chelating agents are EDTA (ethylenediaminetetraacetic acid), BAL (British anti-Lewisite), DMPS (2,3-dimercapto-1-propanesulfonic acid), and DMSA (dimercaptosuccinic acid), which are used depending on the metal being targeted. Mild side effects of chelation include headache, nausea, anorexia, diarrhea, rash and renal dysfunction. When the EDTA is administered in higher doses than recommended, the known side effects are liver damage, renal or kidney damage, hypersensitivity, symptomatic hypocalcemia or the lowering of the levels of calcium in the blood and thrombophlebitis or the inflammation of a vein due to a blood clot. Dimercaprol is a chelating agent used to treat mercury poisoning. The known side effects of dimercaprol include body tingling and body aches, apart from inducing symptoms similar to those of excessive EDTA administration. In rare instances, seizures, stupor and even slipping into a coma have been observed due to dimercaprol. 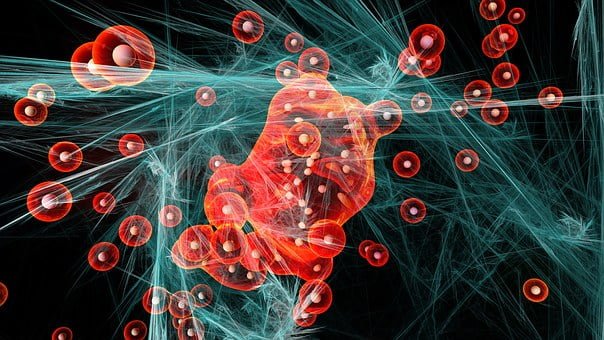 Chronic and acute renal failure and the deficiency of vitamin D are two important factors which cause the calcium levels to drop in the blood and result in hypocalcemia. Chelation therapy is used to treat fibromyalgia which is a chronic condition resulting in pain all over the body. It can be a genetic disease or even stem out from a stressful event a person goes through. Chelation therapy treats fibromyalgia by ridding the body of ionic elements, including calcium, which inadvertently leads to lowering of calcium levels and causing hypocalcemia.

Side Effects of Chlorella

Recognized as the superfood of the 21st century, Chlorella is a nutrient-dense alga that is gaining popularity as a supplement, showing promise of normalizing cholesterol levels and ridding the body of harmful toxins. It is enriched with proteins, minerals and lipids, while also being rich in vitamin B1, B2, B3, B5, B6, E and vitamin K. It also contains small amounts of vitamin B12, folic acid and biotin.

However, nausea, vomiting and gastrointestinal problems have been the common side effects of using chlorella. Tubulointerstitial nephritis, a condition which causes injury to the renal tubes by inflaming the kidneys, has also been an adverse side effect of consuming chlorella. People with a natural disposition to allergies may break into rashes, have swollen skin and experience possible chest pain due to this supplement. As it’s an organic substance, made in varying conditions, one batch of chlorella may be extremely different from another. The difference could mean that one batch may not react adversely with your body while another might. 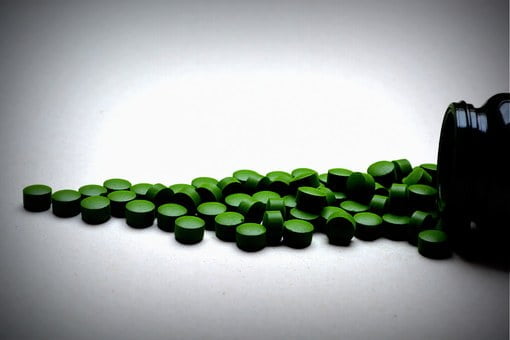 Side Effects of Spirulina

Spirulina, a form of cyanobacteria, more commonly referred to as blue-green algae, has also been classified as a superfood, for the various benefits it offers the human body. It has been found to contain a balanced nutrient profile, made up of good-quality proteins, fatty acids, antioxidant vitamins, and minerals. It has a high concentration of protein, apart from being packed with amino acids. It also has high bioavailability which means that it is readily absorbed into the bloodstream when ingested. It has also shown to be an effective antioxidant along with also demonstrating promise in cancer patients.

Spirulina has been linked with exacerbating any pre-existing autoimmune disease as well as precipitating the disease in those with a genetic predisposition to it. It is rich in vitamin A, which in a large quantity can be toxic. As it is a lipid-lowering supplement, it could accelerate the development of a motor neuron disease like ALS. Spirulina can also adversely impact the gastrointestinal tract causing vomiting, diarrhea and also anxiety.

Side Effects of Zeolite

Zeolites will be ineffective if they are taken along with any other medication, as they neutralize their effect, causing the medication to not be properly absorbed into the bloodstream. While taking medication for cancer, the antioxidant effects of zeolite can interfere with them, causing the chemo medication to not work. If an organ transplant has taken place, especially due to heavy metal toxicity, using zeolites can cause the immune system to suppress and even reject the transplanted organ. Inhalation of zeolite dust is linked to pulmonary fibrosis which is a chronic lung disease which causes scarring of the lungs and thickening of its walls. Currently, there is little research on how zeolite interacts with the lungs. 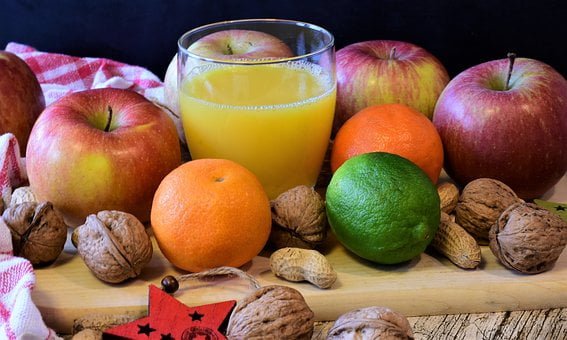 While the human body requires metals like zinc, iron, copper in small doses for healthy functioning, mercury is a dangerous heavy metal to have in any concentration in the body. It enters the bloodstream through foods like fish and through medical procedures like dental amalgam. The most effective way to rid the body of the metal is through chelation therapy, wherein the chelation agent is pushed into the bloodstream which binds itself onto the metal and is then excreted through the body via natural processes.

However, the supplements are not free from side effects themselves. From causing nausea, headaches and fever, they can also cause renal damage, brain damage and trigger cancer. Some supplements like spirulina have also shown signs of exacerbating diseases like ALS and motor neuron disease, which is why they need to be taken in controlled doses, under the guidance of a doctor to prevent adverse reactions in the body. Currently, there is little FDA control over the supplements that are in the market, as the packaging also notes. Much of the research on these supplements is also done on animals which have yielded favorable outcomes, but their effect on humans is still being researched.