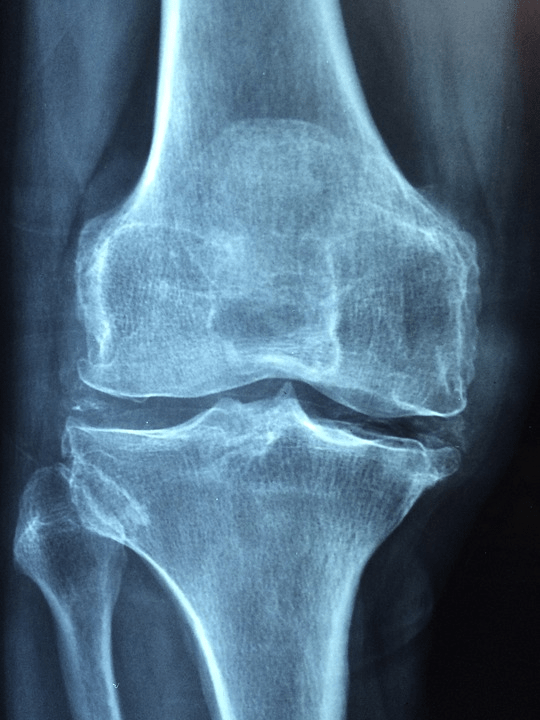 Inflammations are a natural response in the human body to injuries such as tissue damage, to infections such as septic arthritis and diseases such as rheumatoid arthritis. The immune cells in our bodies cause the inflammation, which also indicates that the immune system is working on overdrive to combat the source of the inflammation. Inflammations are accompanied by redness of the skin, swelling, pain and in some cases immobility of that part of the body.

Corticosteroids are one of the most popular anti-inflammatory medications. It reduces immune cell function. There are non-steroidal medications for treating inflammations as well. However, be it prescription medications or over-the-counter drugs, most of them short term side effects that impact our kidney, liver and also the digestive system in our body. In case of inflammation due to infection or disease, these medications might have to be consumed over long periods of time and result in serious organ damage. This is so because the human body is not equipped to digest or metabolize the components of these drugs, which leads to seriously negative side effects. 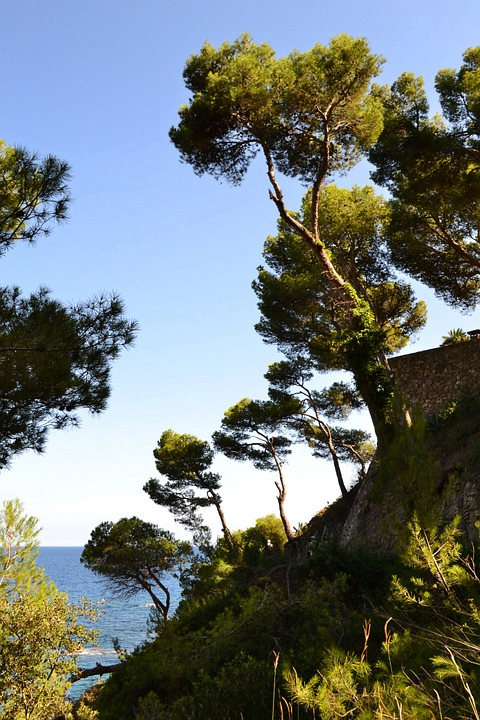 Pycnogenol, a nutraceutical that is extracted from the bark of the maritime pine tree, has been found to be effective in treating and healing ulcers and vascular inflammation. A nutraceutical is essential a food substance that besides providing nutritional value also contains medical/health benefits. Pycnogenol is currently also one of the strongest antioxidant compounds known to the scientific community. The recommended dosage of pycnogenol is about 100-200 mg per day. However, pycnogenol has been documented to sometimes cause side effects such as diarrhea and bad stomach. Note that in case you’re currently on corticosteroid medication or if you’re taking immunosuppressants to treat inflammation, then don’t consume pycnogenol as it can enhance the functioning of the immune system and negate the effects of those drugs. 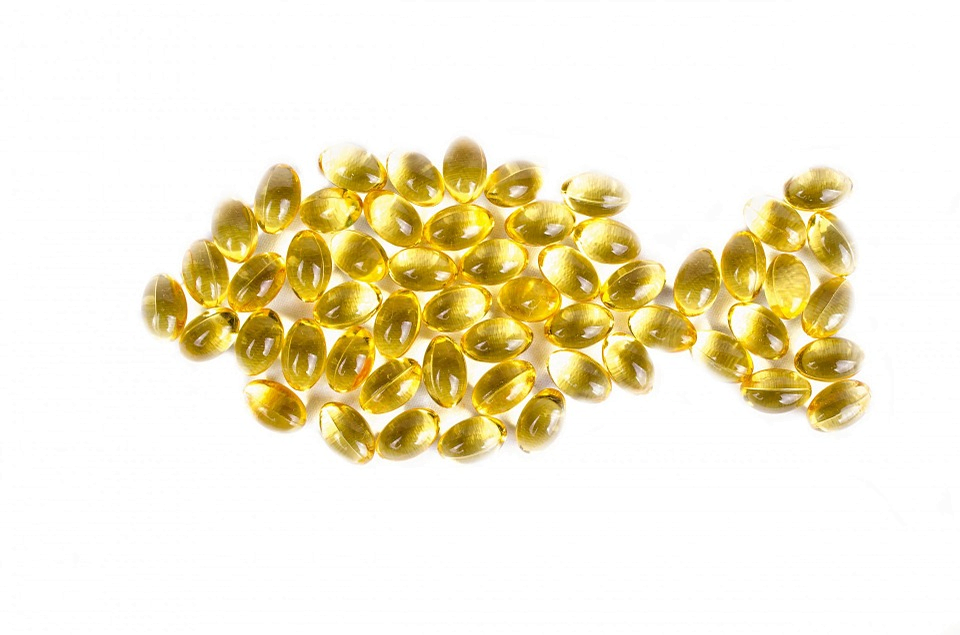 There’s documentation of cod liver oil being used medicinally as far back as the 18th century. However, it didn’t remain in use for long because exposure to air turned it rancid in taste and smell. With technical advances, now it’s possible to extract fish oil in such a way that the chances of oxidation are all but eliminated in the process of manufacturing. This has made it possible to reap the benefits of the medicinal benefits of fish oil.

Omega-3 fatty acids are hands down one of the most effective naturally occurring anti-inflammatory agents. Fish oil or dietary supplements made of fish oil are considered the ideal preventive measure against vascular inflammation, which is the primary cause of coronary artery disease. In fact, the American Heart Association has recommended it as the preferred preventive measure. Omega-3 has also been found to repeal inflammation and degradation of osteoarthritis cartilage. 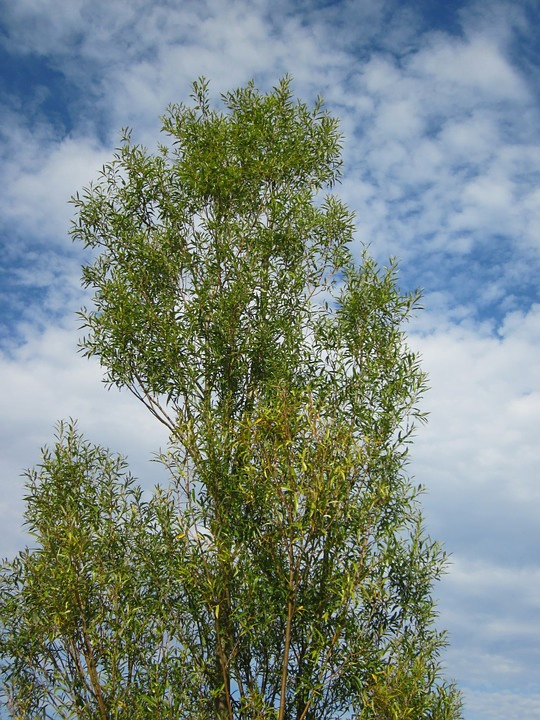 The bark of the white willow tree is a nutraceutical just like that of the maritime pine tree. It has been used as natural remedy for inflammation and as natural painkillers for hundreds of years. In recent years, the severe side effects of aspirin on the gastric system have been well documented. This has led to a renewed attention of white willow tree bark as a natural remedy for inflammatory syndromes. The white willow bark contains salicin (similar to aspirin), which the liver converts into salicylic acid for treating inflammation. It doesn’t have side effects like aspirin. However, it costs more than aspirin, which is also one of the primary reasons aspirin became so popular. Also, white willow bark shouldn’t be given to children. The standard recommended dose is 240 mg per day. You don’t have to go out and find a white willow tree. These days it’s available in the form of dried tea that you can quickly brew. It’s also available as powder-filled capsules and tincture. 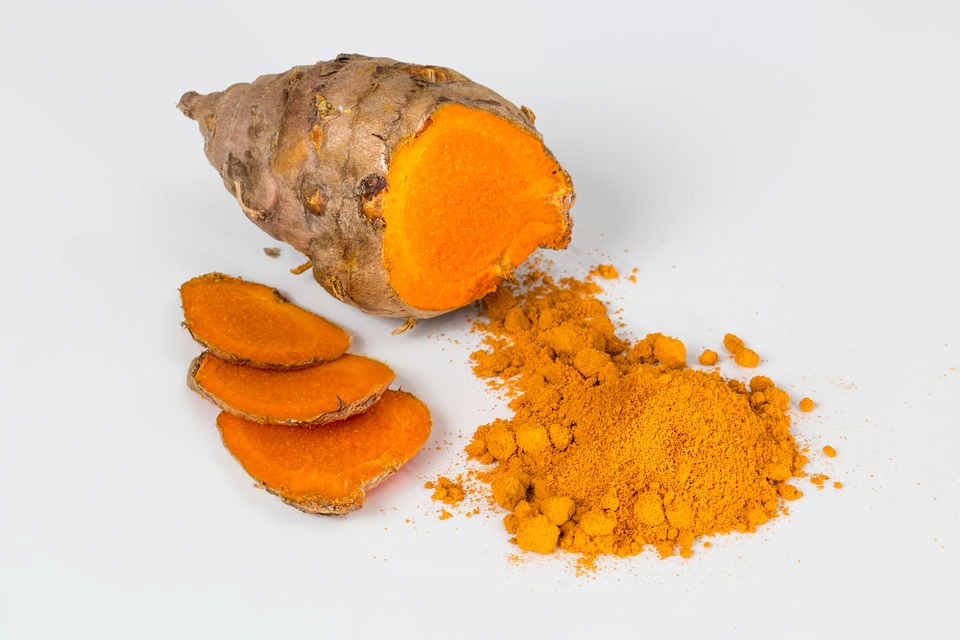 In places like India, turmeric is readily available in most households. It helps that turmeric is used as a spice in several forms of Indian cuisine. But turmeric not only lends that rich yellow/golden tinge to curries, but it is also used as a natural remedy for a number of ailments including inflammations. The yellow pigment derived from turmeric is known as curmumin and is used as an anti-inflammatory agent, besides being good for treating digestive disorders and healing open wounds. Studies have shown that it is effective in treating ulcerative colitis and arthritis. In fact, a study found that curcumin was as effective in treating pain faced by osteoarthritis patients as Ibuprofen, which is a well known anti-inflammatory drug. The standard recommended dosage is 400-600 mg for three times daily. Curcumin is available in the powdered form in capsules. You could also try and incorporate turmeric in your cooking. 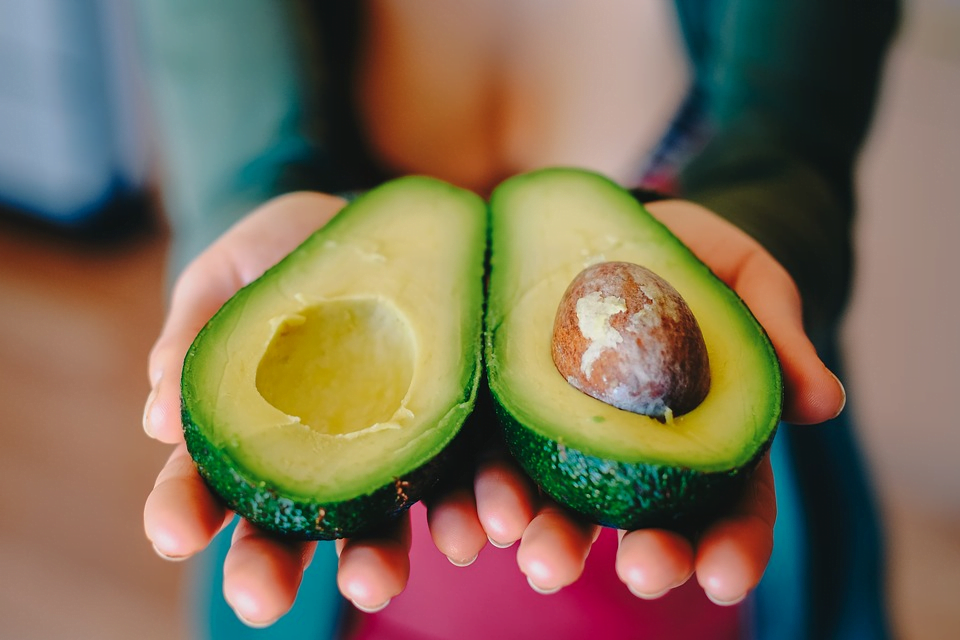 This is a vegetable extract derived from avocado oil and soybean oil. This biologically active compound contains a bunch of phytosterols or plant sterols that have been found to be excellent anti-inflammatory, because of their antioxidant and analgesic activity. Avocado soybean unsaponifiables have also been recommended for the treatment of arthritis. In simpler terms, the components of this vegetable extract reduces the levels of inflammatory chemicals in the body and thereby slows down the deterioration of joint cartilages. The recommended dose is 300 mg per day and avocado soybean unsaponifiables is available in capsules.

The Boswellia Serrata plant grows in parts of India and Pakistan in the Indian subcontinent and in Ethiopia and Somalia in Africa. A gum resin called frankincense is derived from this plant, which contains anti-inflammatory and anti-arthritic properties. It has been used to treat inflammatory joint disorders such as rheumatoid arthritis. In fact, studies have shown the use of frankincense to treat osteoarthritis or arthritis of the knee demonstrate great improvement. Boswellia extract combined with curcumin is believed to be even more effective that the standard medications used to treat osteoarthritis. The recommended dosage is 300-400 mg for at least two or preferably three time per day. 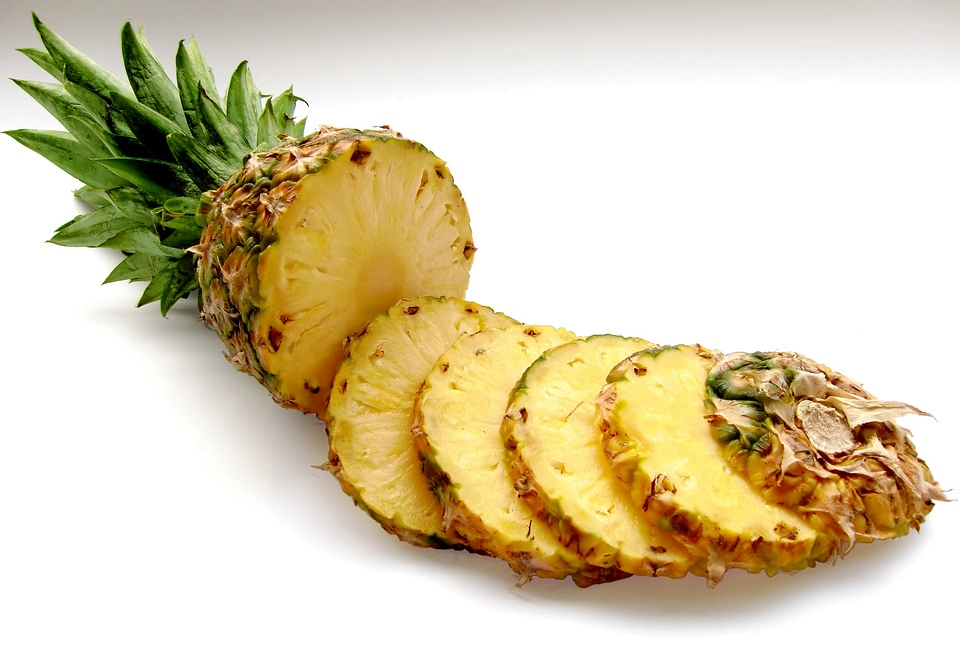 Pineapple, the tropical fruit, contains an enzyme called bromelain. Unlike most other enzymes, bromelain gets absorbed by our bodies instead of breaking down in the gastrointestinal tract. Thus, its anti-inflammatory properties get to provide the relief and treat osteoarthritis and other inflammations. Bromelain extracted from the stem of pineapple is more potent than that extracted from the fruit itself. Studies have shown that bromelain is as effective as nonsteroidal anti-inflammatory drugs such as diclofenac in treating osteoarthritis.

As mentioned earlier, bromelain is absorbed by the human body, so you can simply eat pineapple. You can also turn it into a juice, especially the steam part of pineapple to get a good dose of bromelain. The other option is to combine pineapple (bromelain) and turmeric (curcumin) along with aloe and ginger in a juice to create a potent natural anti-inflammatory remedy. However, if you don’t want to go through the hassle, bromelain supplements are also available. 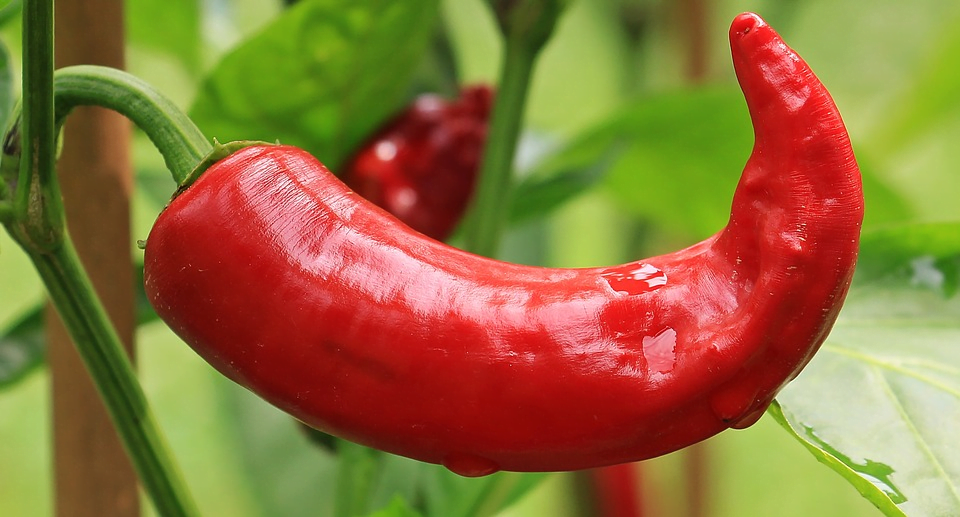 The different types of chilli peppers we add to dishes or even consume separately, owe their hotness to a chemical called capsaicin. Native Americans have been know to use chilli peppers medicinally for several centuries. About 100 years back, chemists successfully extracted capsaicin from chilli peppers and now it’s anti-inflammatory properties have also been discovered. Since, capsaicin causes a burning sensation in the digestive tract, it is used in combination with other natural anti-inflammatory and anti-arthritic substances. 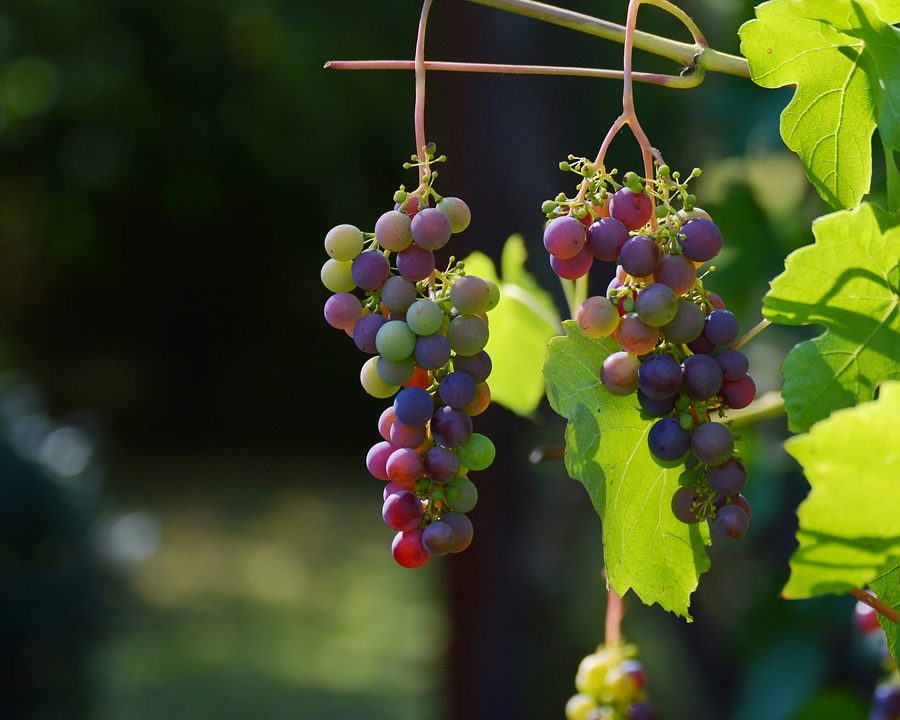 Another plant-based remedy for inflammations is resveratrol. It’s typically found in and extracted from plant skin. The highest concentration of resveratrol has so far been found in the skins of grapes used to make red wine. This polyphenol molecule has been found to contain anti-inflammatory and antioxidant properties. Studies on resveratrol have been conducted and results show significant reduction in inflammation due to osteoarthritis. It’s available as a dietary supplement in a capsule form. 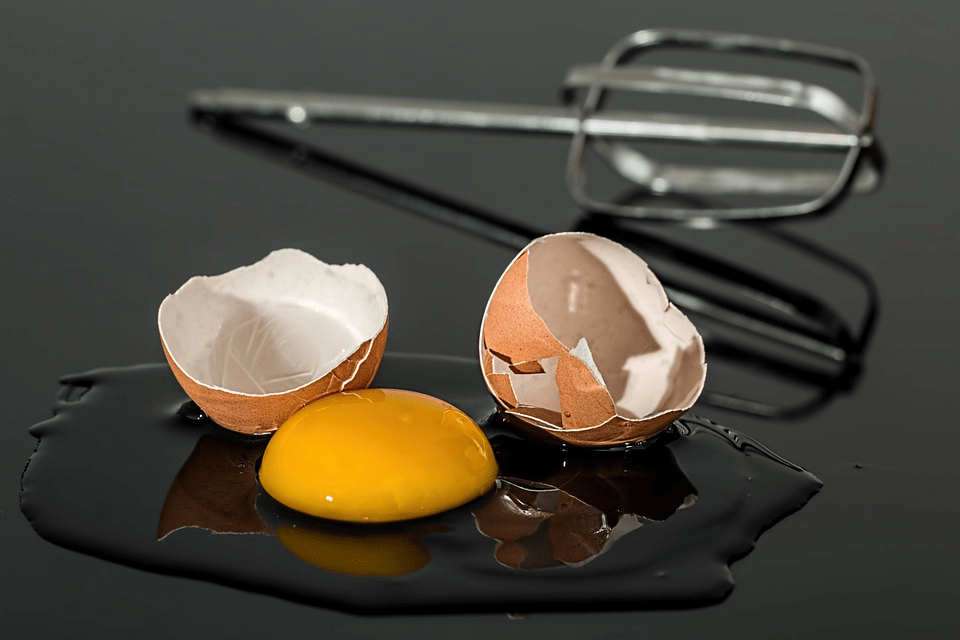 Eggshell membrane or simply egg membrane is the clear film that lines the eggshell. You might have noticed it in hard boiled chicken eggs, while you’re peeling the eggshell this membrane sometimes proves tricky to peel from the egg itself. Since the egg is designed to enable a new life to grow inside, it needs protection and the membrane provides that protection in the form of collagen, glucosamine, etc. These components make egg membrane an effective anti-inflammatory agent. Studies have shown that egg membrane can be used to treat both pain and stiffness caused by osteoarthritis. 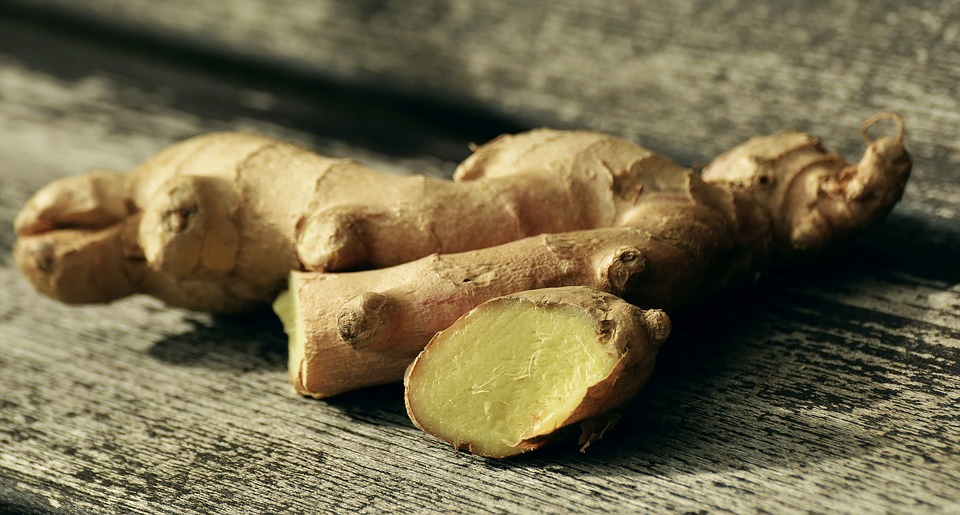 Most households have ginger readily available, but a lot of us aren’t aware that it is an extremely effective anti-inflammatory agent. In fact, studies have demonstrated that it is more effective than nonsteroidal anti-inflammatory medications and has great therapeutic values. The genes that lead the inflammatory response in our bodies are also inhibited by ginger, which further helps. Ginger can be used in multiple dishes, it can also be consumed along with tea or in juices.

This herb is found in woody vines in Peru. The colloquial name cat’s claw is because of the claw-like thorns in the vines. The bark of this herb has been used to treat arthritis for many years in traditional medicinal practice. It is also effective in dealing with gastrointestinal inflammation. Its anti-inflammatory properties are due to polyphenols, just like resveratrol. It can be consumed both as a tea and as a dry extract. To brew tea using cat’s claw, you will need 1000mg root bark and about 250 ml of water. The dry extract is available in capsules. The recommended dose of the capsule is 20-60 mg per day.

An increasing number of studies have concluded that these naturally occurring anti-inflammatory agents are as effective (and in some case more effective) than nonsteroidal anti-inflammatory medications. In case of corticosteroids, the short term benefits of reducing swelling and controlling pain cannot be matched by natural remedies. However, in the long run, corticosteroids do more harm than good. This is especially true for those who are prescribed these medications over a long period of time. While the inflammation might be kept under check, new health issues such as kidney and liver damage rear their ugly heads.

The other advantage that these natural anti-inflammatory agents have over synthetic medications is that the former can be used as a preventive measure as well, while the latter can only be used post detection of the medical condition. For example, studies have shown that people who consumed 35g of fish or more on a regular basis had significantly lower chances of death due to myocardial infarction, which is a type of coronary artery disease. And vascular inflammation has been established as the primary cause of coronary artery disease. Omega-3 fatty acids in fish oil keeps vascular inflammation in check, thereby reducing chances of coronary artery disease and enables a longer, healthier life. Similarly, other things like turmeric and pineapple can also be incorporated in our diets to act as preventive measures against inflammation caused by infections and diseases. It also makes sense to make your children eat these food substance early on in life to reduce the chances of them facing health issues later on in life.