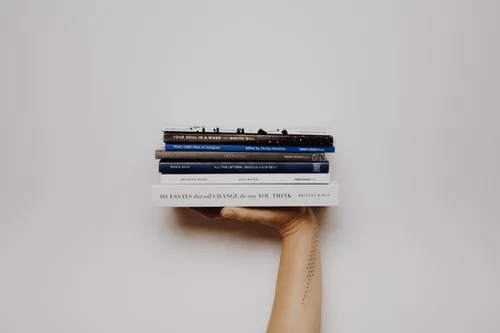 Reading is an important part of most successful people’s lives. While this habit needs to be introduced at an early stage of life, it’s never too late to start reading more. This activity opens the mind to a completely different world. It helps you to gain knowledge from the experiences of other people in a way that isn’t possible through any other medium/

If you are involved in a business of any kind, or a student who hopes to make it big one day, reading is an important habit to inculcate on the path to success. There are thousands of books written about how money works and what the essential features of a successful business are. In addition to this, there are also tons of books that talk about individual experiences, or case studies of peculiar situations. All of the above make for interesting reads but if someone was to ask you to recommend some business books, which ones would you list out?

To answer this question in a better way and expand your personal horizons when it comes to reading, here is a list of the ten best business books. It is entirely subjective and your personal list may have variations, but these books have stood the test of time and inspired business people across the world!

“The Wealth of Nations” by Adam Smith

The first book on the list is also the oldest one. The full title of “The Wealth of Nations” is actually “An Inquiry into the Nature and Causes of the Wealth of Nations” and it was first published in 1776. The basic premise of the author’s argument was that people have the tendency of being naturally self-interested. This inherent quality is what helps them move towards prosperity. He believed that if all humans were allowed to indulge in free trade and the markets were opened to allow for both domestic as well as foreign competition, we would have a more prosperous society than one where the government regulates all economic activity. This book is credited with giving us the concept of modern capitalism as we know it.

Adam Smith (1723-1790) was a Scottish economist and philosopher who propagated free exchange in the political economy. The other book written by Smith was “The Theory Of Moral Sentiments”, his take on ethics in the human society. It is interesting that a person like Smith, who believed in the power of the free market, worked as the Commissioner of Customs in the latter part of his life. This designation made him in charge of enforcing tariffs.

“The Lean Startup” by Eric Ries

The second book in this list makes you take a two-century jump directly into the 21st century – the age of the startup. While it is a well-known fact that most of the startups that crop up each year end up in failure. Eric Ries argues that a lot of these failures can actually be prevented. With his “lean startup” approach, Ries attempts to showcase the new way in which companies and products are being built across the world – a more capital-efficient approach. Ries believes in getting rid of the conventional business plan and focusing more on innovation to build something that is sustainable in the long run.

Eric Ries is an entrepreneur and writer, who has written two books on the way in which modern entrepreneurship should be managed. A graduate from Yale University, Ries gave the world the “lean startup” approach that went on to start a movement, which changed the way in which people look at startups. 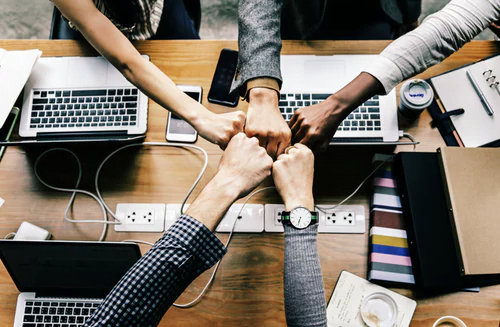 “The Smartest Guys in the Room: The Amazing Rise and Scandalous Fall of Enron” by Bethany McLean and Peter Elkind

While there were hordes of articles and books written about the Enron Scandal that unfolded at the start of this century, this book stands apart as the best work in terms of investigation and writing. Enron was one of the biggest players when it came to energy companies in America in the 1990s, only to crash after a huge fraud and insider trading scandal broke out. This book takes into consideration interviews conducted with hundreds of sources.

This book was written by two spectacular journalists at the top of their game. Bethany McLean is a journalist best known for the work she did on the Enron scandal, as well as the financial crisis of 2008. She is a contributing editor at Vanity Fair magazine, and has written for Fortune and Slate in the past. Peter Elkind, on the other hand, has been an investigative reporter who has written for The New York Times Magazine, The Washington Post and Fortune, amongst other publications.

“Lean In: Women, Work, and the Will to Lead” by Sheryl Sandberg

This 2013 book written by Facebook COO Sheryl Sandberg is just the thing that women need to read when they are facing a dilemma at work that involves their gender. There are other books that talk about women at work but this book is unique as it brings together some interesting personal anecdotes, good research and data to start a conversation about what women can do, instead of restrictions on what women cannot do.

Sheryl Sandberg is the chief operating officer of Facebook and the first woman to be elected to the board of one of the richest companies in the world. Along with being a top-notch corporate executive and author, she is also an activist and founder of the Leanin.org. This non-profit aims at building a global community that works towards helping women achieve their ambitions.

“The Intelligent Investor” by Benjamin Graham

The next book on the list is written by Warren Buffett’s (Berkshire Hathaway’s chairman and CEO) mentor Benjamin Graham. Published in 1949, this book is every investor’s holy grail when it comes to getting the right introduction to value investing. The book aims to help people to look at investing with a wider lens in order to maximize their gains. It talks about control over any impulsive trades that may be the result of the ups and downs of the stock market.

Benjamin Graham (1894-1976) is often known as the “father of value investing”. He was a British-born economist and investor, who wrote books that laid the foundation of neoclassical investing. While we have already discussed the 1949 classes “The Intelligent Investor”, the other one was written 15 years earlier with David Dodd – “Security Analysis”.

“The Essays of Warren Buffett: Lessons for Corporate America, Fourth Edition” Edited by Lawrence A. Cunningham

After talking about a book written by the mentor, it is time to look at the collection of essays written by Warren Buffett himself. This book brings together the Berkshire Hathaway CEO and chairman’s annual shareholder letters and his personal thoughts when it comes to investing, to give the reader a better insight into the brilliant mind of one of the most successful people in the world. As one of the greatest investors in modern economics, he is an expert on the issue and anybody who is looking to invest can use his investing philosophy to get a better deal for themselves. 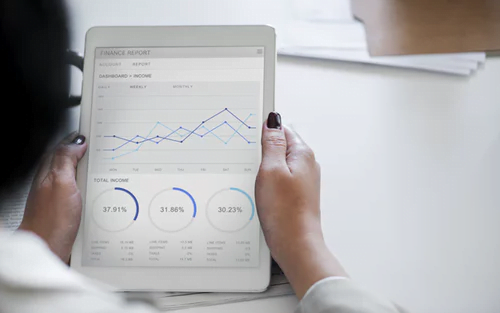 Not only is Warren Edward Buffett one of the richest American businessmen and investors in recent times, the chairman and CEO of Berkshire Hathaway is also known for his work as a philanthropist. He is known to have donated over $27.54 billion in about ten years to charitable foundations and causes, which makes him one of the most charitable billionaires in the world.

“Reengineering the Corporation: A Manifesto for Business Revolution” by Michael Hammer and James A. Champy

The next book on the list is “Reengineering the Corporation”, which was placed in a Forbes list in 2002 as one of the “three most important business books of the past 20 years”. With this book, authors Hammer and Champy use their personal experience in the field to showcase how the principles of reengineering are used by some of the biggest corporations in order to save huge chunks of money each year. The principles are also applied to verticals like customer satisfaction, operational speed and others.

Michael Martin Hammer (1948-2008) was former professor at the Massachusetts Institute of Technology, who also authored a bunch of books on management. He is one of the founders of the management theory of business process reengineering, along with the other author of this book, James Champy. Champy is a business consultant and author who also specializes in business process improvement and organizational change in management.

“Lords of Finance” by Liaquat Ahamed

This is a critically acclaimed book that went on to win the Pulitzer Prize – amongst many others – in 2010. It gives the reader an insight into the events that led up to the Black Tuesday stock market crash of 1929 and the reactions of the central banks across the world. The book attempts to showcase the impact that the heads of these central banks had on the Great Depression, in a manner that had not been explored before. Ahamed’s book is able to gauge the devastating impact of a few people’s power on a larger world system.

Liaquat Ahamed is an American investment expert and author. Born in Kenya in 1952, he studied in England before going to Harvard University. Ahamed went on to head the World Bank’s investment division. He has worked at some of the premier financial firms and held advisory positions with numerous others. Ahamed is also a member of the board of trustees at the Brookings Institution and has his own production company called Red Wine Pictures.

“In Search of Excellence: Lessons from America’s Best-Run Companies” by Thomas Peters and Robert H. Waterman

“In Search of Excellence” is a book that delves into the management practices put to use by a number of companies in the 1980s. It is based on the study of forty three of the country’s best-run companies. All of these companies worked in different sectors but the practices and management principles employed by them moved along similar lines like people orientation, profit maximization and so on.

Thomas J. Peters is an American author who specializes in business management practices. An alumnus of Cornell University and Stanford Business School, Peters wrote this book with Robert H. Waterman Jr., another author with expertise in the field of business management. Waterman worked with McKinsey & Company for 21 years before setting up his own company, The Waterman Group, Inc. 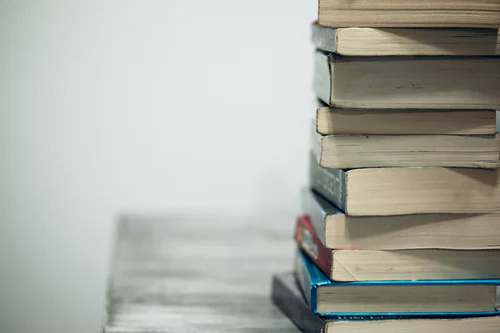 “Barbarians at the Gate: The Fall of RJR Nabisco” by Bryan Burrough and John Helyar

A gripping book till the last page, “Barbarians at the Gate” tells the story about the leveraged buyout of New York City-based conglomerate RJR Nabisco. The authors take an incredibly complex business story and turn it around to make for an interesting read for people who may not even be interested in the business side of things. It features in-depth reporting of the 1988 buyout as a story of greed.

This book is again written by two investigative journalists. Bryan Burrough is a former reporter for the The Wall Street Journal who started writing for Vanity Fair in 1992. John Helyar, too, worked for The Wall Street Journal, along with other publications like Fortune magazine, ESPN.com and Bloomberg News. Helyar is currently a research analyst.

All of the books mentioned in this list are classics when it comes to business reading. It covers everything from the origin of the free market as we know it, to the art of investing and stories of buyouts and scandals, all of which make for interesting reads. If you are a person involved in business, a young Turk looking to jump into the world of entrepreneurship, or a student who is looking for ways to expand his or her horizons, you should be reading more – and this is a great place to start!