As everyday lives become more fast paced and hectic, where multiple things are vying for a person’s attention and the to-do lists are only getting longer, it is easy to feel overwhelmed and stressed out. A general feeling of uneasiness and worry is triggered in people when they encounter stressful situations. As this feeling of unease becomes more sustained and feels all encompassing, it ends up manifesting as anxiety in over 40 million Americans over the age of 18 every year. While the uneasiness and worries are temporary and can pass after some time, there are cases where people are not able to shake off the discomfort even after the stressful event passes, which is the first symptom of a larger anxiety disorder manifesting in the person.

Doctors have routinely suggested that mild amounts of anxiety are healthy for a person, as it shows one cares about the outcome of an event that makes them feel stressed out, but when the anxiety begins to hamper a person’s day-to-day life, one must seek professional help to bring balance back into their lives. 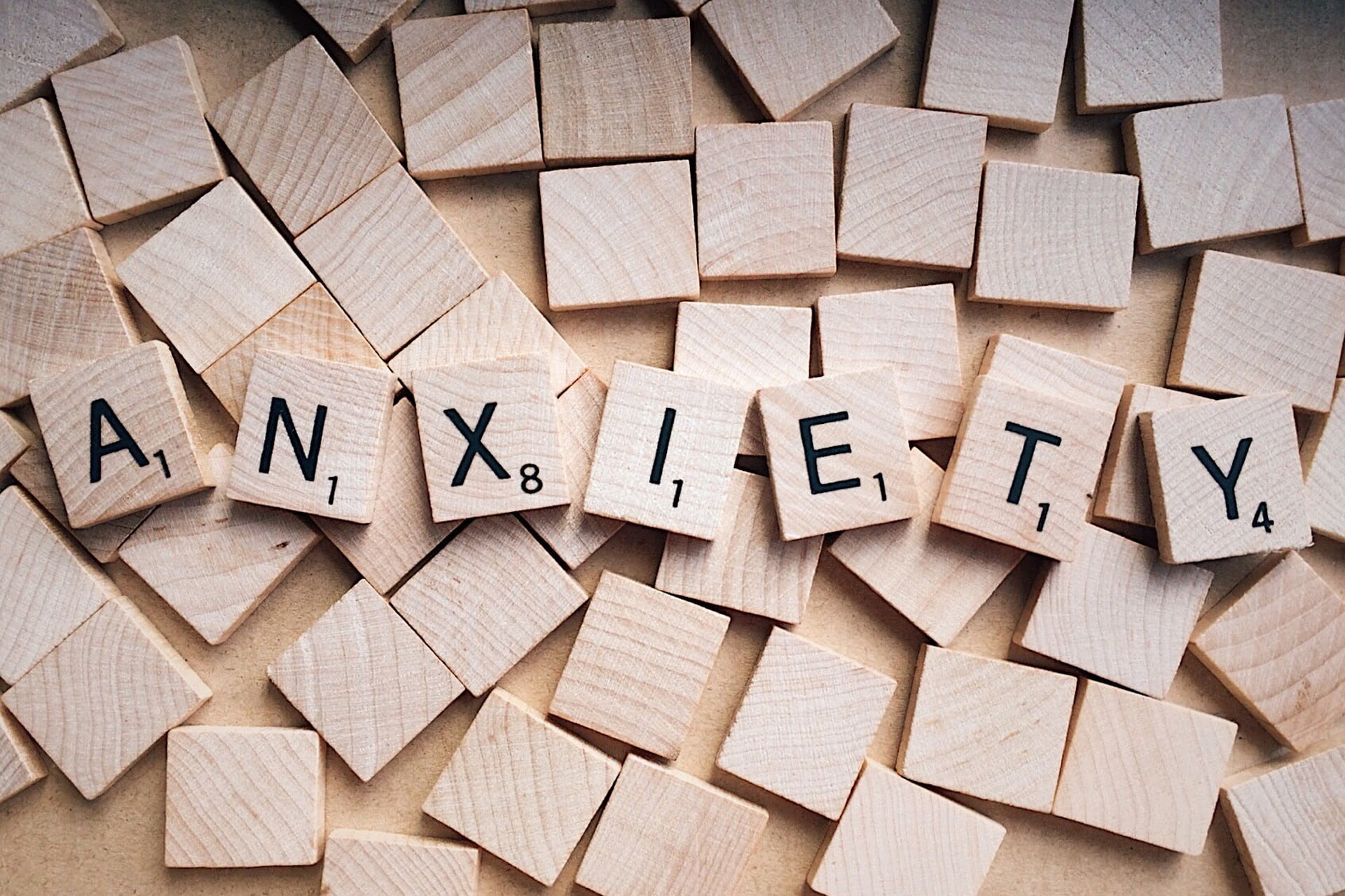 If a person is able to recognize generalized anxiety in its nascent stages, it can be managed through stress management and sessions with a therapist either individually or in groups. But, if it is recognized much later or if even multiple visits to a therapist are not seeming to yield any results, there is a new way of tackling anxiety and panic attacks that have been explored in recent years which is cranial electrotherapy stimulation or CES. A form of neurostimulation, the treatment consists of pulsed, low-intensity currents applied to the earlobes or scalp.

CES was approved by the US Food and Drug Administration (FDA) in 1979. It is a non-invasive technique of brain stimulation which allows for the electric currents to directly interfere with ongoing brain oscillations. The technique is also being tested to assess the degree to which it can help those who are struggling with depression and insomnia as well. 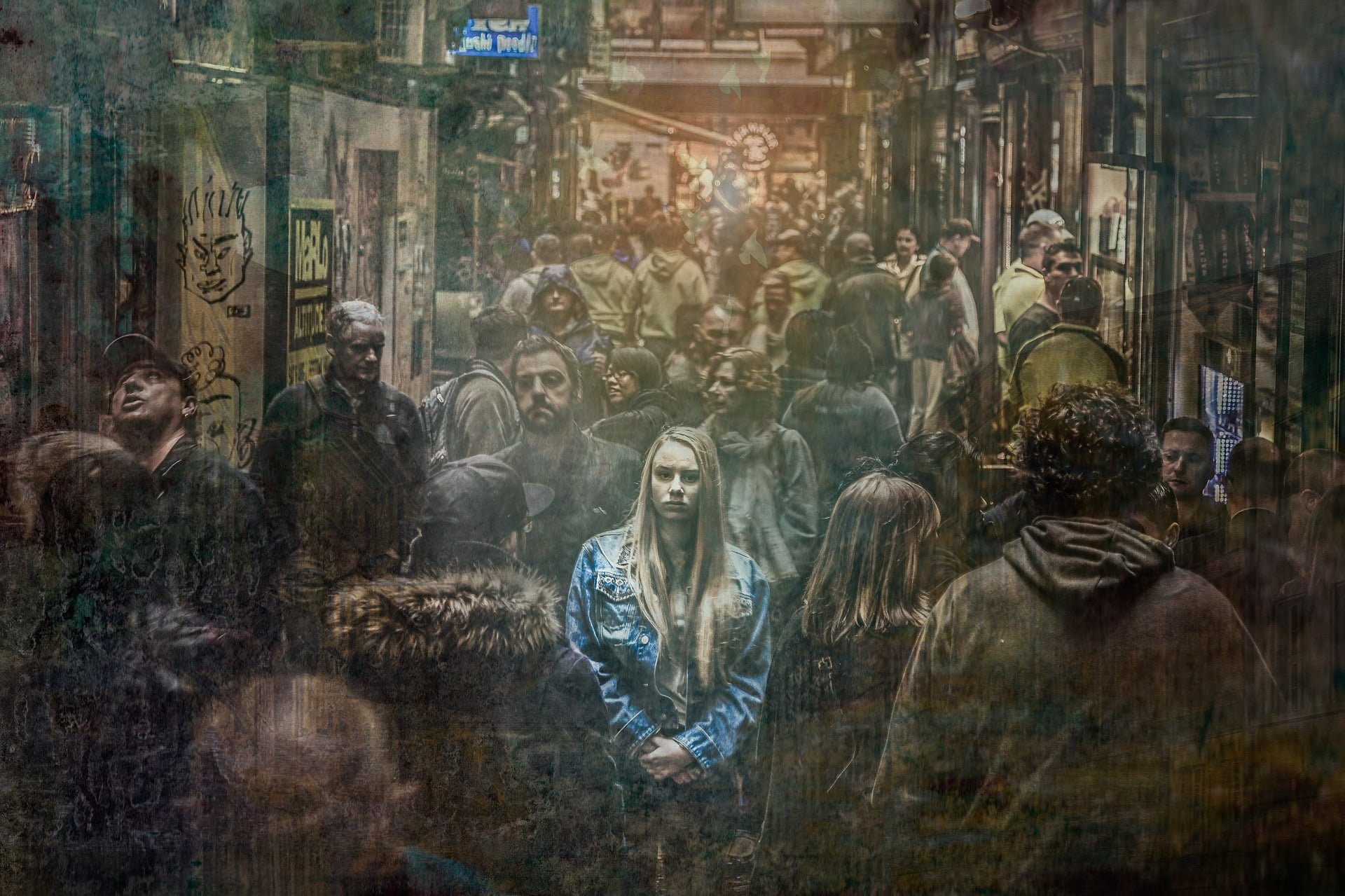 To understand how CES works, one must first understand what anxiety and depression are, how they are linked to one another and what is being targeted in them through the CES treatment. Persistent sadness, emptiness, guilt, worthlessness, low self-esteem, trouble focusing on tasks, irritability, loss of interest or pleasure in hobbies and activities, and fatigue are some of the symptoms which are common to both the disorders.

Research has found that both anxiety and depression have common genetic factors, which is why people may find it hard to distinguish if they are going through anxiety or through depression. It requires the intervention of a medical practitioner to be able to diagnose the disorder. Oftentimes, the two disorders can co-occur in a person and those who have a family history of the disorders are more susceptible to also developing either anxiety or depression.

Who Is More Susceptible to Getting Anxious?

It has also been found that women are more likely to develop anxiety and a subsequent disorder due to their biological makeup and how their external environment affects them, as compared to men. The hormones estrogen and progesterone which spike during pregnancy are known to trigger obsessive-compulsive tendencies in women, leading to rumination, distressing and debilitating thoughts which can eventually continue into an anxiety disorder after the pregnancy. 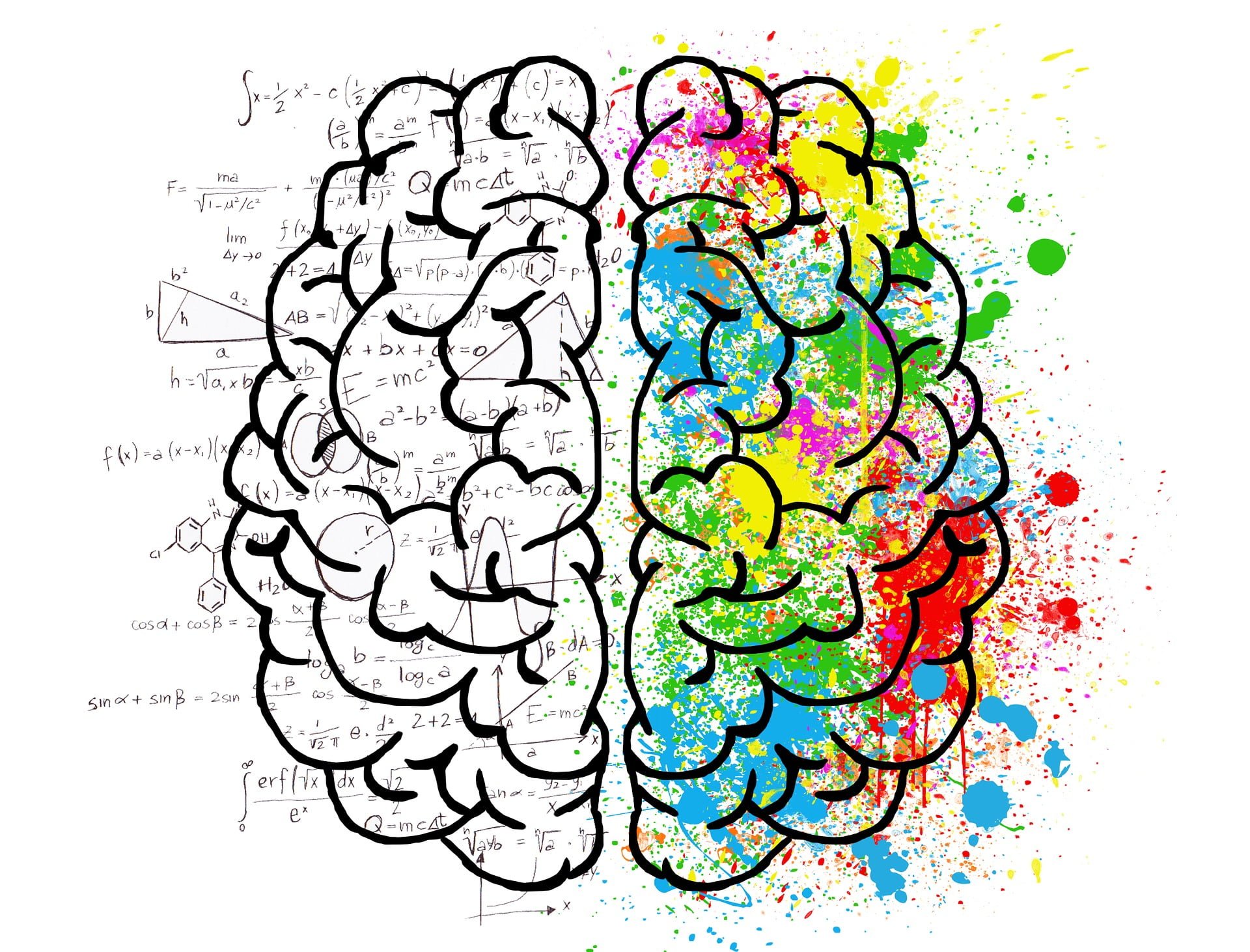 A Brief History of CES

Interest in CES began around the early 1900s when a theory was propounded that weak electrical currents could have a calming effect on the brain. Further research and work went into it, and by the 1950s, USSR and Eastern Europe developed it as a treatment for anxiety and depression. The technique soon spread to western Europe and the US in the coming years. After an initial dip, CES has seen a resurgence in recent years as more people are getting diagnosed with psychological and anxiety disorders, and are looking for ways to deal with them in a sustained manner.

Initially, the therapy was only administered in hospitals by medical professionals, but now there are various companies which manufacture pocket-sized CES machines which can be used by patients in the comfort of their homes. However, the studies of CES have only been conducted on adults thus far, with the hospital and at-home machines. So it is advised to not use CES on anyone under the age of 18.

Most CES devices which are being produced for getting used at home are usually the size of a mobile phone and stimulate the brain and cranium with a charge, which cannot be felt by humans otherwise. They come with variable amplitude and frequency, and most devices allow up to 5 mA and 0.5-500 Hz respectively. The charge emitted from the CES device is 1/1000th of the charge that is administered in the infamous electroconvulsive therapy or ECT.

How Many Sessions of CES Are Needed?

CES needs to be administered as a sustained treatment. Patients who received at least 4 to 6 sessions of CES were able to report feeling a slight change in their anxiety levels, as compared to patients who received lesser sessions and reported not having felt a difference at all. One or two sessions everyday administered over several days or even weeks are approved by doctors to help a patient suffering from anxiety. The sessions can be between 20-45 minutes depending on what the medical practitioner has advised, and can be carried out at home, giving the patients increased control over helping resolve their disorder. A very faint tingly could be experienced when used correctly and the device shuts off automatically after the specified time is over. 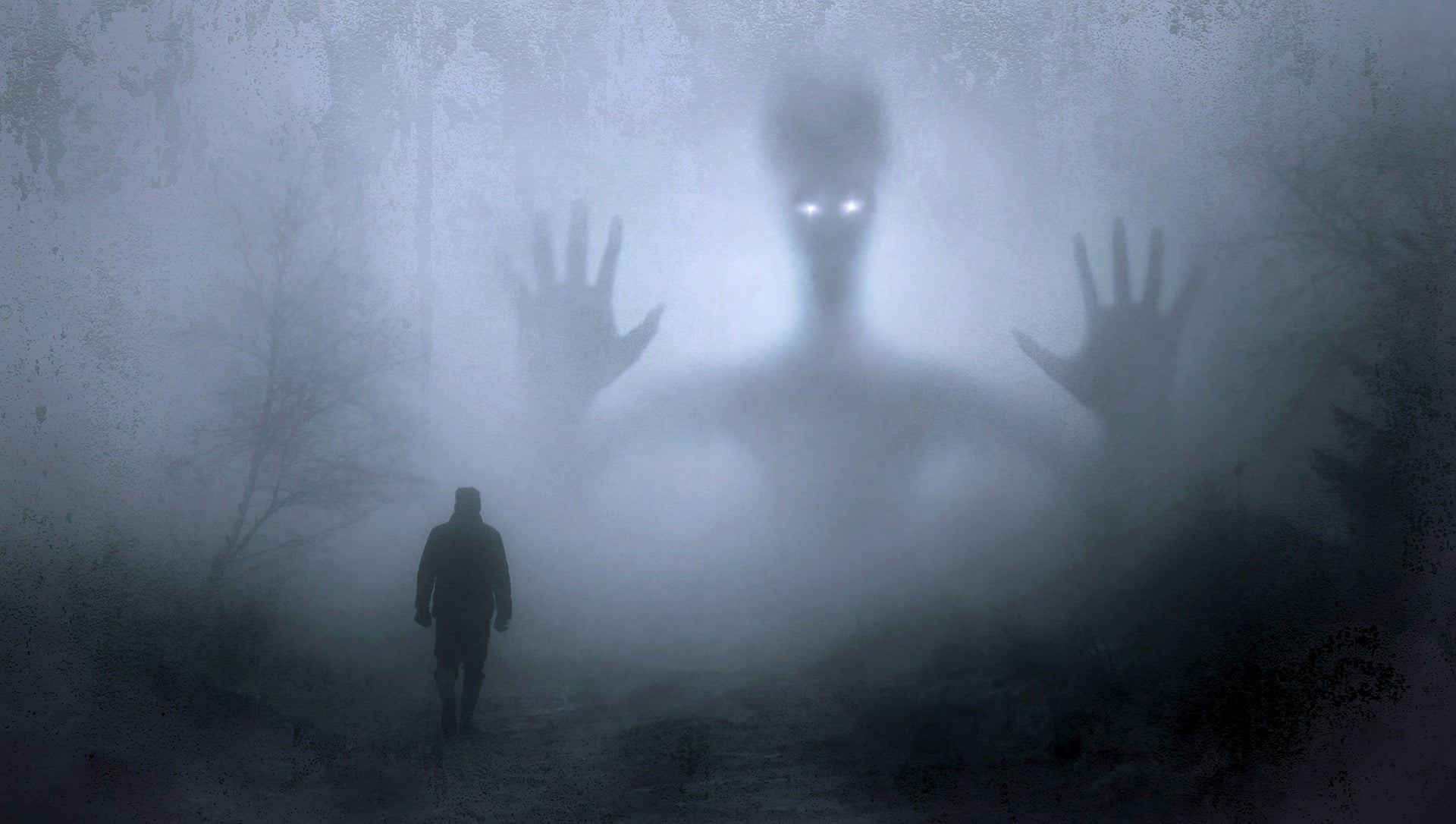 Is CES Better Than Anxiety Medication?

Research has shown that CES produces similar results in the brain as compared to anxiety medication. In that manner, CES is being preferred over medication as it is an external stimulus that is helping change the neurotransmitters, as compared to medication which can lead to dependency and addiction if taken over a prolonged period of time. CES has also shown to increase relaxation in the people it is administered to. People have reported a reduction in their fatigue levels and a decrease in their rumination or the obsessive thinking of negative thoughts.

CES has also shown positive impact during therapy sessions as decreased anxiety helps a person share their problems more easily, as they are able to let go of their worries and become more receptive to the questions and interventions of the therapist. Studies of the neurotransmitters also showed that endorphins, serotonin and melatonin increased after the use of CES, which help maintaining positive emotions and happiness in the body, while levels of the serum cortisol decreased.

Side Effects of CES

Multiple studies and researches have shown that despite its effectiveness, CES is not a method that is free from side effects, yet they have been negligible. Vertigo, irritation and slight inflammation of the skin around the patches where the electrodes are applied and headaches of varying degrees were felt by patients who have undergone CES. However, the symptoms were manageable and not severe and did not end up causing severe discomfort to the patients. The symptoms did not manifest in the patients each time that they used the CES device. Yet, the side effects of CES are not as bad as those of prescription medication, which can negatively impact people if the chemicals do not suit their bodies. 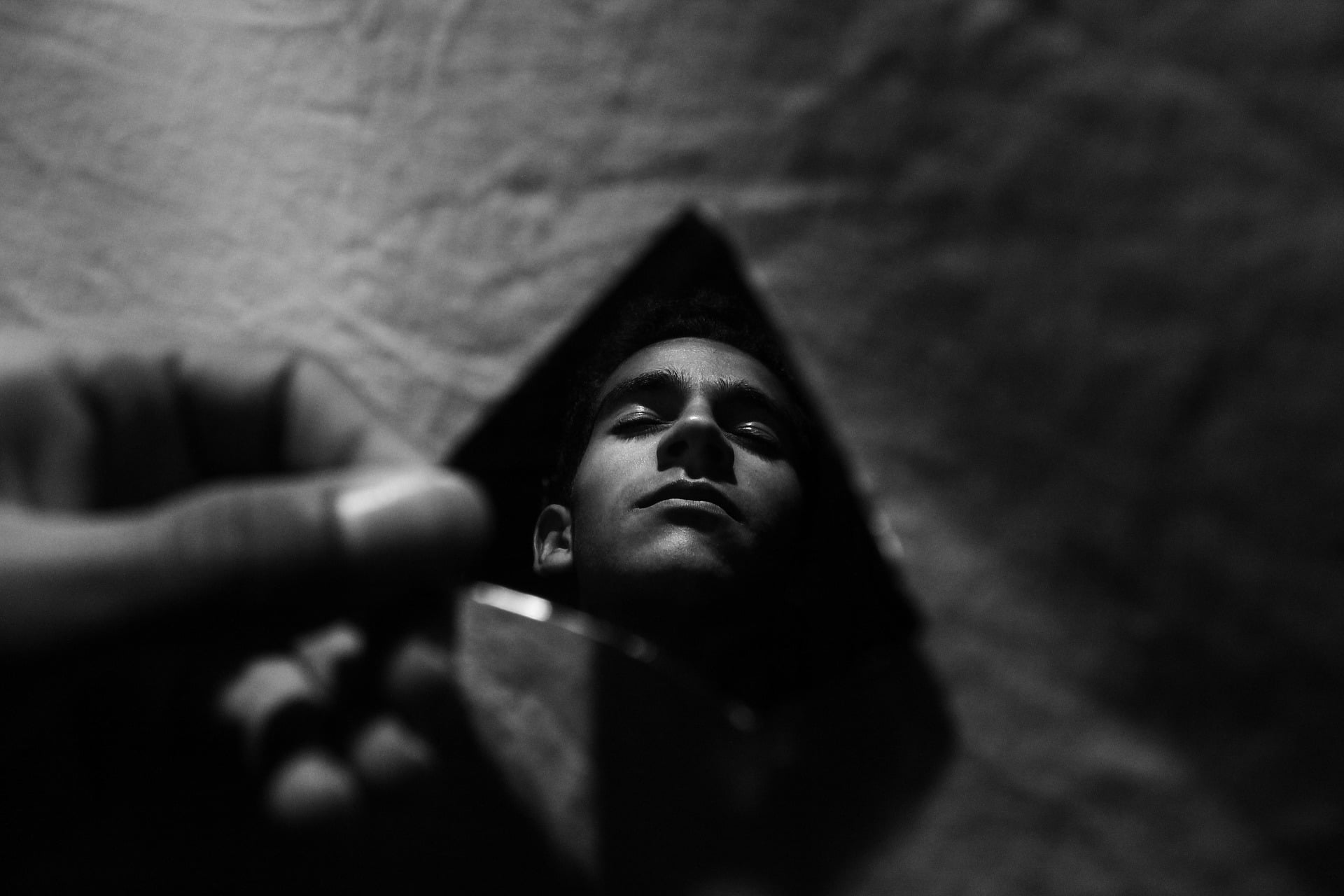 How Expensive Is CES?

Obtaining the CES device for using it at home requires a prescription and the consent of a medical practitioner. The device itself can cost anywhere from $600 to $1,200, with the electrodes costing $10 and the contact solution costing $20. Health insurance providers who cover durables can cover either part of or the entire cost of the device, making it an affordable option to help a patient’s mental health.

Changing lifestyles have afflicted a lot more people with mood and psychological disorders, which are not always easy to spot out and look at in isolation. Millions of new cases of anxiety are detected every year, with women routinely forming the majority of the new cases. While CES was traditionally administered in hospitals, now small, phone-sized devices are available which can be used at home by patients, allowing them to feel a greater sense of control over their disorder, which also enhances the outcomes of their experience, helping them to get better faster.

While CES works in addition to medication, it can also be administered as a standalone treatment, which over several sessions yields positive results. Apart from showing positive results in treating anxiety, studies and clinical experience with CES also show favorable outcomes in the treatment of ADHD, PTSD, cognitive dysfunction, traumatic brain injury and pain. It also helps patients sleep better as lowered anxiety allows the brain to rest more. While a treatment on the more expensive side, the effects of CES can be felt early on, making it a worthwhile option for treating mood disorders.